Applications to attend the April 2023 Graduation Celebrations are now open.  The application process will close on Sunday 12 February 2023.

Students who apply to attend the April 2023 Celebrations, and then find they have to withdraw their application must do so before Sunday 5 March 2023 should they wish to re-apply/transfer to attend a later celebration.

Students who withdraw their application from the April 2023 Celebrations, after Sunday 5 March, will not be able to re-apply/transfer to a later celebration.

April 2023 Graduation Celebrations will be held from 4-6 April 2023 at the Christchurch Arena.

Faculty Graduation Celebration dates and times will be available mid-February 2023, after applications close on Sunday 12 February 2023.

* Please note these dates and times may be subject to change.

If you’re attending a morning celebration

When you arrive at the Christchurch Arena, please assemble no later than 9am at the sign-posted area in the main carpark on Twigger Street wearing your regalia. The procession will begin between 9.30am and 9.40am.
From 9am, whānau and friends can enter the Christchurch Arena through the main doors where staff will scan their graduation entrance tickets. Please ask your whānau and friends to be seated by 9.20am.
The procession is filmed and projected onto the screens inside the Arena for the audience to watch.

If you’re attending an afternoon celebration

When you arrive at the Christchurch Arena, please assemble no later than 1pm at the sign-posted area in the main carpark on Twigger Street wearing your regalia. The procession will begin between 1.30pm and 1.40pm.
From 1pm, whānau and friends can enter the Christchurch Arena through the main doors where staff will scan their graduation entrance tickets. Please ask your whānau and friends to be seated by 1.20pm.
The procession is filmed and projected onto the screens inside the Arena for the audience to watch.

If the procession is cancelled due to weather, all graduates will be notified. Please assemble at the rear of the main stage, entering through Door 1. There will be staff and signage to direct you to the assembly point.

The Graduation Celebrations are held in the larger location of the Christchurch Arena to accommodate more friends and whānau. Graduands will be advised, via an email sent out from the Events Team some time after the closing date for applications (12 February 2023), when tickets will be available. You will receive a link to the ticket platform where you can select up to five guest tickets.

Tickets are valid subject to confirmation of your degree and your student ID is needed to access your tickets.

They have been photographing graduations since 1994 and have the skills and ability to create graduation photos that you and your family can be proud of.

They will be photographing every graduand as they are presented on stage.

A studio portrait service is available either at their studio or at the venue on graduation day, so you can have formal portraits taken with family or friends.

Portrait session times may be booked in advance, plus it is also possible to be photographed without a booking on a first in, first served basis following your ceremony.

To learn more about the portrait services available or to view your on stage photos after the ceremony visit https://lintonphoto.com/events/graduation/

Full academic regalia is required to graduate, and Aotearoa New Zealand universities have a system of academic regalia which is worn by graduates to indicate their degree. The colour of the hood denotes the different faculties or disciplines, except for the peony red PhD hood.

The stock of academic dress for Ōtautahi Christchurch graduation celebrations of the University of Canterbury is owned and maintained by GWC Regalia Hire.

Graduands/Graduates will receive an email from the Events Team when regalia for a Graduation Celebration is available to hire (do not select 'Casual Hire').  Once you have received the Events Team email, the steps to follow are:

If you are unable to collect your regalia at the specified time, you may ask a friend or relative to collect it for you.

On the day of your graduation, you must wear appropriate academic regalia when taking part in the celebration. Please note, if you are not wearing academic regalia, you will not be able to graduate.

If you have outstanding credit from a previous order when you didn’t hire your regalia, please email info@gwcregaliahire.nz to receive an individual credit code.

If you have ordered for this graduation and you will no longer attend, email info@gwcregaliahire.nz for a refund of your order.

A late fee will apply for any orders later than two weeks prior to graduation.

Applications to attend the April 2023 Graduation Celebrations opened on Monday 12 December 2022 and will close on Sunday 12 February 2023.

Information with respect to the actual dates/times for each Faculty for the April 2023 Celebrations will not be available until mid-February 2023 and will be made available on this web page as soon as they have been confirmed.

If you are graduating with more than one qualification and they are from different Faculties, you may receive both qualifications together at one celebration.

When you apply to graduate, please indicate in the 'Comments' field which Faculty Celebration you wish to attend to receive both qualifications.

You can choose which Faculty hood you wear at the celebration. You can not wear both together but may wish to order both hoods for photographs.

If your qualifications would normally be conferred at the same celebration, they will automatically be awarded together. That is, you would not cross the stage twice in one celebration.

If you are eligible to graduate with a qualification, but intend to undertake further study towards that qualification to complete a second major, or you intend to transfer your courses to a higher qualification (for example, from a postgraduate certificate to a postgraduate diploma), you must seek further academic advice from your Faculty Office. See Student Advisors (Continuing Students) for details.

If you require your official academic record or an official letter from the University confirming your eligibility to graduate, please see . Once your qualification has been awarded, your name will be added to the online Graduate Search which is publicly accessible. The University also gives names of graduates to their former secondary school.

When you graduate, you become a member of the UC Alumni. To join the Alumni network and remain connected to UC, visit the Alumni and Fundraising website.

Students who choose to graduate in absentia and NOT attend a Graduation Celebration in April or September, will have their qualification conferred in absentia at a regular monthly UC Council meeting. The Council Meetings in 2023 are held on the second Wednesday of each month.

Please note: In 2023 there will be no Council conferment of qualifications in April.

* If an application is not received by the deadline listed above, the conferment at Council will automatically be deferred until the following month's Council meeting.

# The December 2023 Council conferment date is subject to change.

Māori graduands are encouraged to wear their family korowai over their gown at their graduation. The hood must be worn on top of the korowai.

The University also holds celebrations for Māori Graduates and Graduands to celebrate the achievements of our Māori students at the University of Canterbury. It is an opportunity for Māori graduates to be presented to their whanau, the Māori community and the University.

April 2023 Date, time and venue to be advised

April 2023 Date, time and venue to be advised

The Pacific Development Team holds a celebration for Pacific students who have recently graduated from the University. For further information, please visit Pasifika Graduation Celebration.

Your years of study at UC may be over, but we want your connection with us to last a lifetime.

Graduation may mark the beginning of your career, or you might be considering further study. Whatever you do next we'd love to hear about it.

We offer a wide range of postgraduate qualifications. Find out more about your options.

As a UC graduate you become an alumni and can benefit our extensive networks.

Graduation through the ages

University graduation ceremonies are part of an 800-year tradition which stretches back to the establishment of the first universities in Europe in the 12th century, when Latin was the language of scholarship.

Origin of the word 'university'

A universitas was a guild or union of masters (MAs) who had a licence to teach. Both "degree" and "graduate" come from gradus, meaning "step"; the first step was admission to a bachelor’s degree, followed by the second masters step which won the graduate admission to the universitas.

Why gowns are worn

The University of Canterbury's foundation in 1873 owes much to the graduates of Oxford University's cathedral/college Christ Church and the Canterbury ceremonies reflect that tradition. The gowns and hoods which characterise academic dress have evolved from the daily dress of university staff in the Middle Ages, which was in turn based on the attire worn by medieval clergy. Nowadays the gown and the hood are strictly controlled and indicate the wearer’s university and degree.

The gowns for Canterbury graduates are the same as for Cambridge University graduates; the hoods are of a standard shape and size with a slate grey exterior. The colour of the lining indicates the degree of the wearer. The rich variety of academic dress worn by Canterbury staff reflects the many universities which they attended.

At each ceremony the procession of graduands and staff is led by the Esquire or Madam Bedel carrying the University mace, the symbol of institutional authority. Historically the Bedel had a number of functions but in a modern university only the ceremonial role at graduation survives. The University mace provides a tangible link with Christ Church, Oxford, where it was designed and made. The shaft of the mace is of oak from a beam removed from Big Tom Tower when the bell was rehung in 1953. Even in 1680, when the beam was installed in the Sir Christopher Wren-designed tower, the timber was described as ‘well-seasoned oak’. The mace has been used for every graduation ceremony since 1957.

The first Canterbury degrees were conferred in 1878 in the Canterbury Provincial Chambers with the ceremonies moving to the College Hall, now the Great Hall of the Arts Centre, after its completion in 1882.

The early graduation ceremonies, known as Diploma Days, were decorous affairs but by 1884 discordant notes were sounded in the form of ‘tootings on a very unmusical instrument’. A tradition of specially-composed songs developed, reaching its heyday in 1899.

After a break during the First World War, ceremonies resumed in the College Hall in 1921 but pressure of numbers forced a move in 1946 to the Civic Theatre, the first year in which an academic procession through the city was held. This format continued, apart from three occasions when it was held in the St James Theatre, until 1962 when further pressure of numbers prompted a move to King Edward Barracks.

In 1968 the ceremony was divided into two and in 1971 it was made voluntary. The Christchurch Town Hall became the venue in 1973, with a move to three ceremonies in 1987, four ceremonies in 1994 and to five ceremonies, four in autumn and one in summer, in 1997. Following the merger with the Christchurch College of Education on 1 January 2007, there are now eight ceremonies, including a ceremony held in Rotorua for College of Education students based in the North Island.

In April 2011, graduation celebrations were held in a marquee on Ilam fields. The Christchurch graduation ceremonies have been held in the Horncastle Arena (formerly CBS Canterbury Arena) since December 2011.

Prepare for your graduation 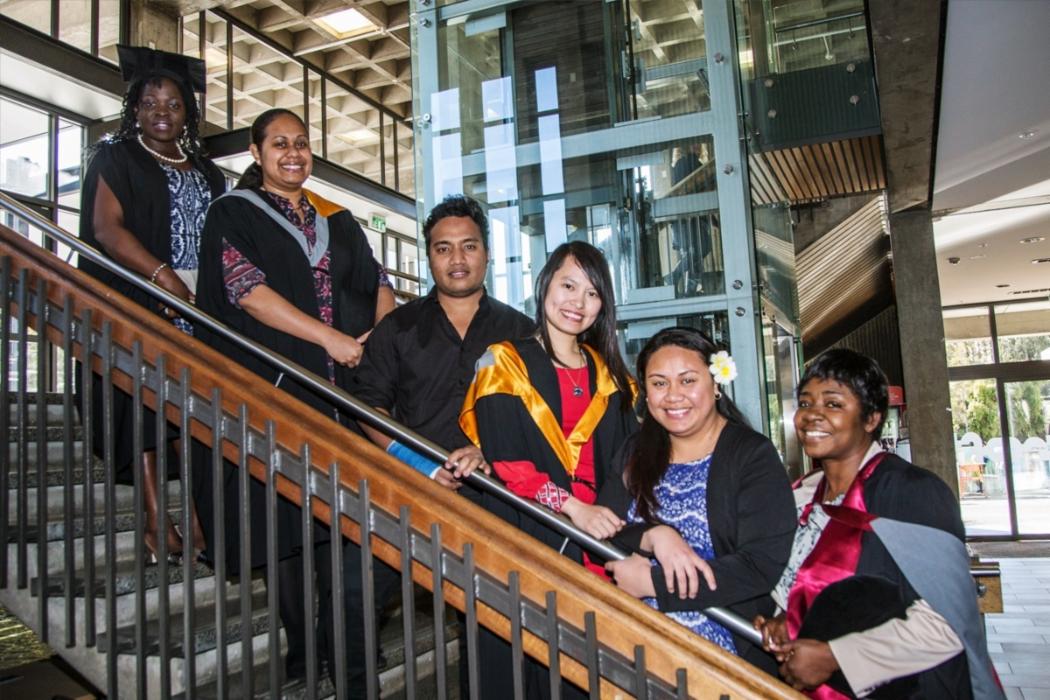 Apply to attend a graduation celebration 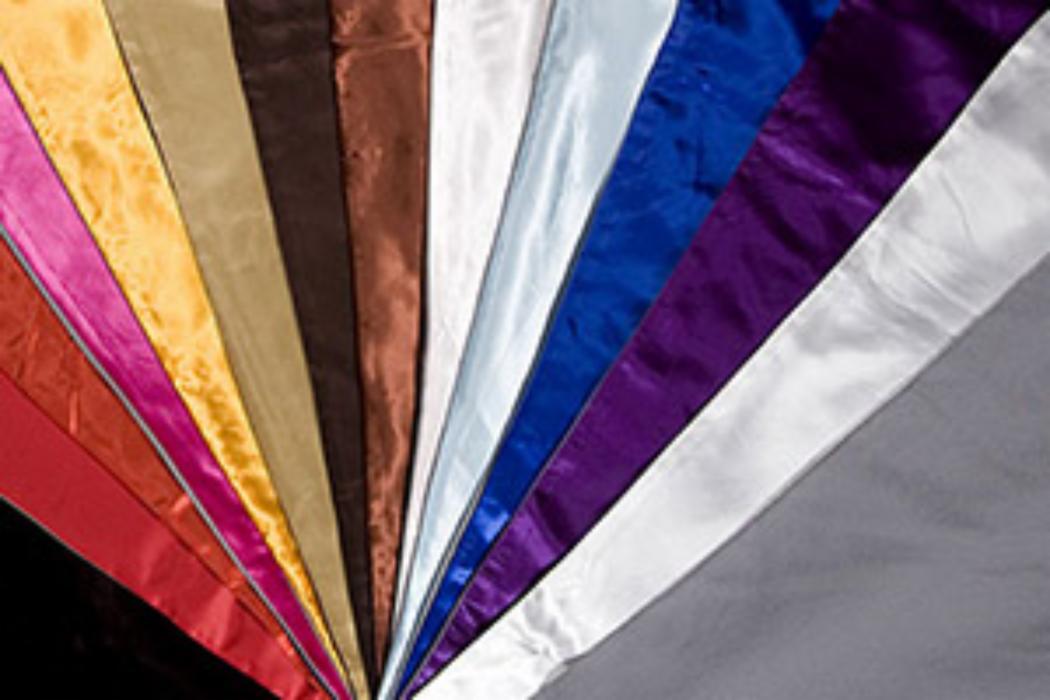 If you are graduating in person at a ceremony, you must wear correct academic regalia. 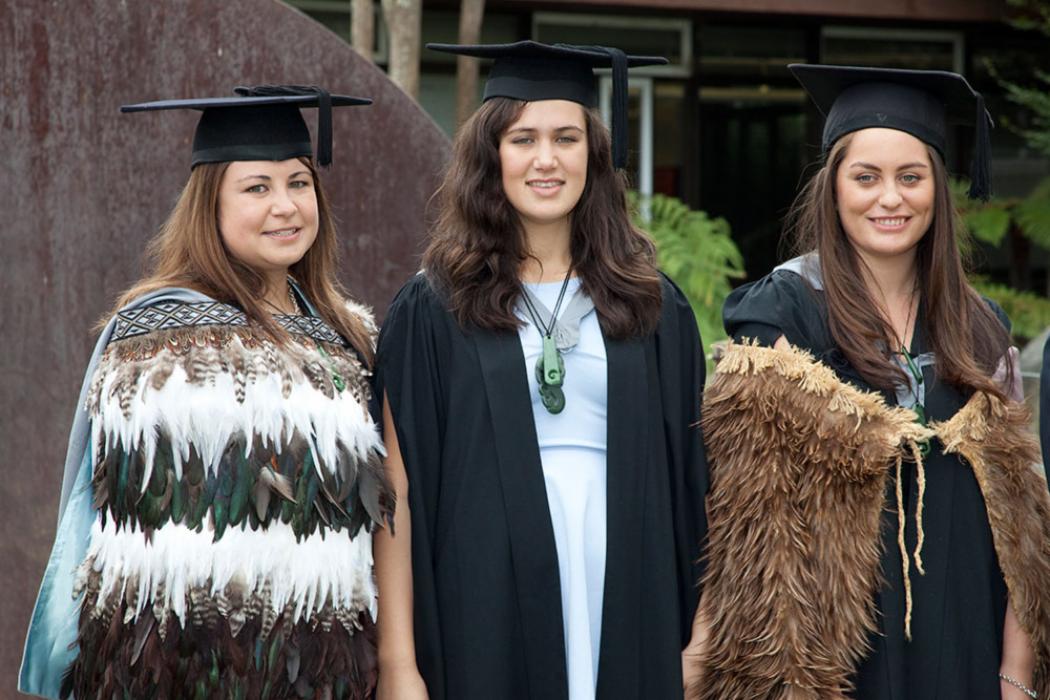 Find out about special events for Māori and Pasifika graduates.