The Freshwater Biodiversity Box is a dedicated set of freshwater sampling gear and activities available for schools.

It includes the tools to sample freshwater invertebrates, information on sampling methods, invertebrate identification guides and activities based on three key concepts:

The Freshwater Biodiversity Box was developed by the CAREX team (www.carex.org.nz) at the University of Canterbury’s School of Biological Sciences with the $2000 prize from the Canterbury Aoraki Conservation Board Award & Trophy received in 2017. This award recognises the efforts of local groups and individuals supporting conservation within the wider Canterbury region and is supported by the Isaac Conservation and Wildlife Trust. CAREX was recognised with the prestigious award for their efforts in improving freshwater biodiversity and ecosystem healthy in agricultural waterways.

CAREX (Canterbury Waterway Rehabilitation Experiment) was an agricultural waterway restoration experiment that ran in 2013-2018. CAREX worked with farmers, councils, stakeholders and the public to co-develop and trial solutions to rehabilitate freshwater ecosystems. CAREX tested practical tools to address aquatic weed, sediment and nutrient management issues in lowland Canterbury to improve waterway health. More information on the project can be found at www.carex.org.nz. The full CAREX collection of handouts, newsletters, and posters are available at www.tinyurl.com/carextips.

What's in the box?

Contents of the Freshwater Biodiversity Box 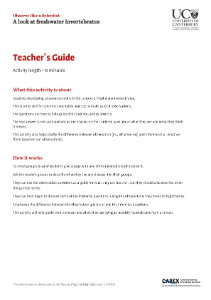 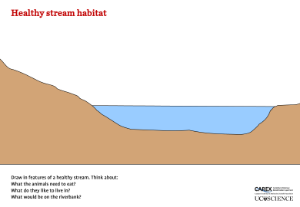 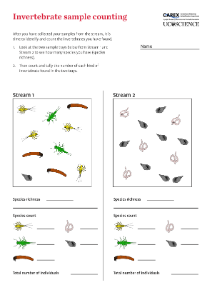 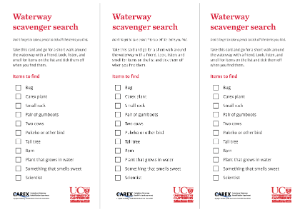 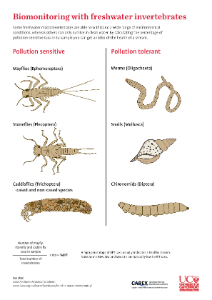 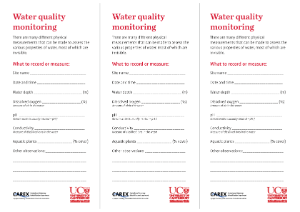 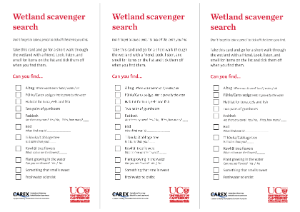 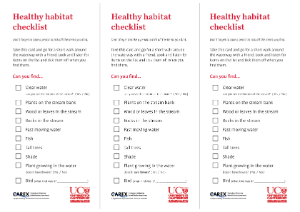 Two methods commonly used to sample freshwater macroinvertebrates are kick nets and surber nets. Kick nets can be used to sample multiple habitats in a stream at one time and to determine biodiversity, whereas surbers are used to collect data on invertebrates within a known area of substrate, such as density per metre squared.

Often, both methods are used in sampling to look at changes in benthic macroinvertebrate diversity and density overtime.

To see more about how to sample with these tools and the different information they can give us, let’s join UC’s Prof Jon Harding on the Ashley River:

The kit is available to schools local to the University of Canterbury, the kit must be collected from and returned to UC by the school.

To request use of the biodiversity box, please complete our reservation form