An innovative conservation effort conducted over decades has eradicated mammalian pests on all seven Mercury Islands, providing a haven for native plants and animals, 8km off the coast of the Coromandel Peninsula. 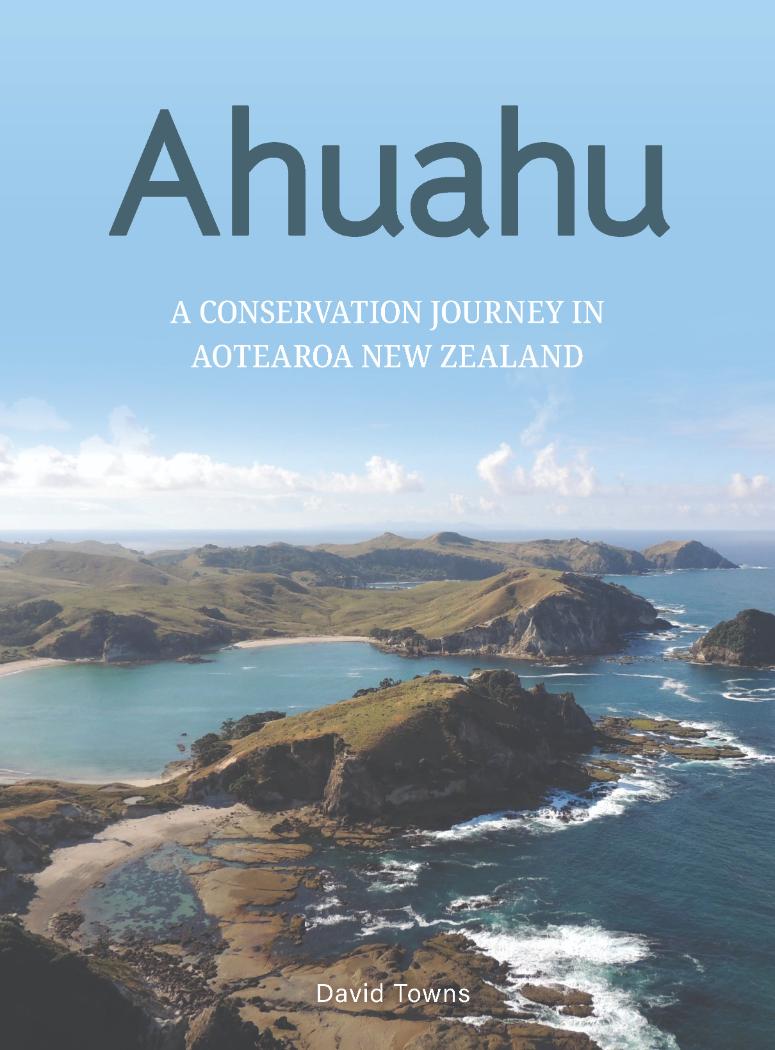 Arriving in 1971, pioneering conservation biologist Dr David Towns was there from the start and has captured a lifetime of professional knowledge and personal insights in Ahuahu: A Conservation Journey in Aotearoa New Zealand, published by Canterbury University Press.

A story of triumph and setbacks, of opportunity and innovation, of teamwork and bicultural collaboration, Ahuahu focuses on the Mercury Islands but also references conservation efforts across the country.

Aotearoa New Zealand is globally renowned among biologists for world-leading conservation efforts. This country is responsible for nearly a quarter of the world’s island pest eradications according to a recent international study, which found that 88% of 1227 completed eradication attempts were successful. This knowledge informs the government’s Predator Free 2050 programme, which ambitiously aims to clear stoats, rats and possums from Aotearoa New Zealand by 2050.

As Ahuahu documents, problems on the Mercury Islands began with the arrival of Polynesians, followed by European colonists, who (intentionally or not) brought three different species of rats and feral cats. The consequences for local species were devastating.

Yet, the book illustrates the remarkable subsequent recovery on islands where pests were removed – a good news story repeated across similar programmes. Rare lizards and invertebrates were reintroduced, several populations of tuatara were saved from extinction and birds such as korimako (bellbird), kākā, kererū (wood pigeon), pāteke (brown teal) and kākāriki rapidly increased.

Innovative, ground-breaking science was complemented and enriched by bicultural partnerships and community involvement. Different Mercury Islands required different approaches, in consultation with the Department of Conservation and local iwi such as Ngati Hei, as well as the owners of the larger island Ahuahu, which is partly farmed.

“Island restoration involves restarting ecosystems,” Dr Towns says. “I have always found iwi quickly embrace the concept because of their views of nature and the close ties between people and landscapes. One could argue that, whereas western technology has helped with providing tools to restore island ecosystems, Mātauranga Māori gives us a cultural and ethical context for such activities.”

Beautifully illustrated with hundreds of photos, along with maps and line drawings, Ahuahu will be of great value to conservation professionals and students. Non-experts will also appreciate the global significance of successful restoration, especially those led by communities.

Ultimately, Ahuahu contains messages of hope. It shows how environmental problems can be resolved and how people, although historically part of the problem, can also make a difference.

Dr David Towns completed his MSc and PhD at the University of Auckland. After six years overseas at universities in the USA and Australia, he returned to New Zealand in 1982 to work with the New Zealand Wildlife Service as a conservation scientist. In 1987 the Wildlife Service became part of the newly formed Department of Conservation (DOC). He worked with DOC until 2012, when he began a shared appointment between DOC and Auckland University of Technology (AUT), as a Professor of Applied Conservation. Dr Towns won the Charles Fleming Award for Environmental Achievement from the Royal Society Te Apārangi for his pioneering research in conservation and island ecosystem ecology in 2019. He has published more than 150 journal arti­cles, co-edited the book Seabird Islands (2011), and co-edited a special is­sue of the Journal of the Royal Society of New Zealand on the state of New Zealand’s environment (2019). David retired from AUT as Professor Emeritus in 2020.