In 1631, Robert Barker, printer to the English King Charles I, made one of the most serious blunders in publishing history. So much so, one contemporary labelled it “a ſcandalous miſtake in our Engliſh Bibles.” Barker’s error was indeed grave: his 1631 printing had rendered one of the Ten Commandments, “Thou shalt commit adultery”. 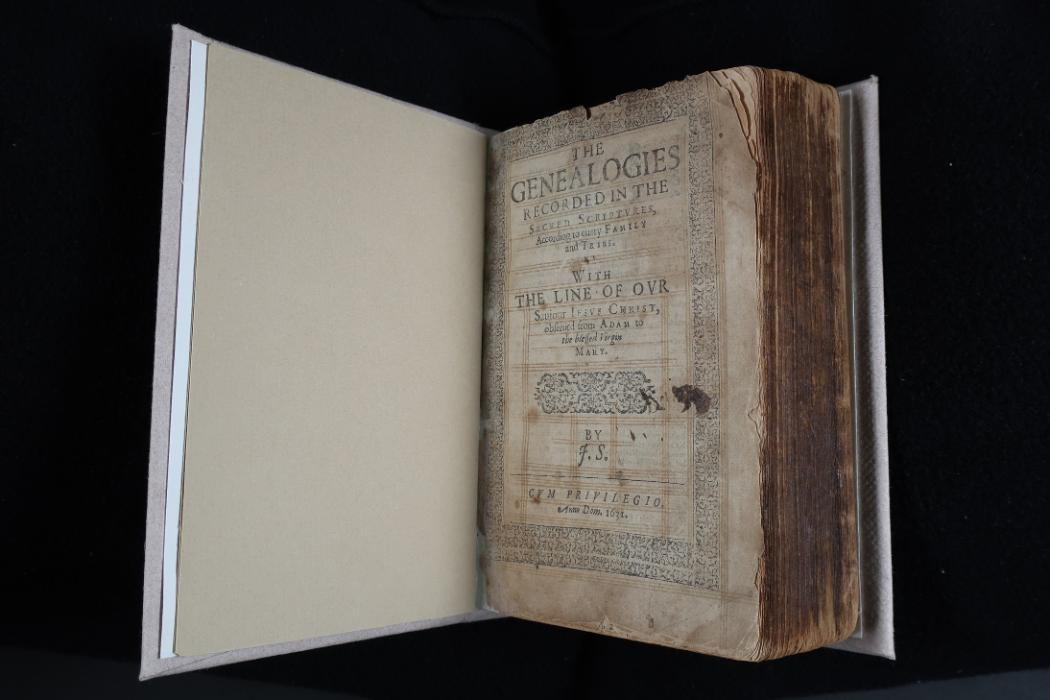 Why the King’s Printer omitted the all-important “not” remains a matter of debate. Was it a joke? Was it sabotage by a rival? What is certain is that Barker was fined an astronomical sum, and very few copies of his so-called “Wicked Bible” have survived. Until now it was thought that the handful that did were all to be found in the libraries of the British Isles and North America. But the University of Canterbury can now reveal a previously unknown copy of this remarkable book, discovered in Christchurch!

This free Tauhere UC Connect public lecture tells the story of a unique artefact, how it came to light, and its conservation in Aotearoa. University of Canterbury medieval historian Dr Chris Jones will place the volume in its historical context and chart its remarkable survival. Sarah Askey, who carried out the painstaking work to preserve the book for future generations, will discuss the stabilisation and conservation process. Dr Stephen Hardman, who managed the digitisation process, will discuss the challenges associated with producing a digital facsimile of a 17th-century volume.

Dr Chris Jones is an Associate Professor in History at the University of Canterbury. An interest in the legacies of the medieval and Early Modern world in Aotearoa led him to explore connections between Magna Carta and New Zealand and to co-edit the Treasures of the University of Canterbury Library (Canterbury University Press). He is Co-Director of the Canterbury Roll Project, a student-led digital venture that has produced an innovative new edition and translation of New Zealand’s most significant medieval manuscript (www.canterbury.ac.nz/canterburyroll), and is a Fellow of the Society of Antiquaries of London and of the Royal Historical Society.

Sarah Askey is a Book and Paper Conservator based in Wellington. She initially studied Art History and Classics at the University of Canterbury, and after completing her Honours in 2015, moved to the United Kingdom to pursue conservation. In 2018, she graduated with a Post-Graduate Diploma Conservation of Books and Library Materials from West Dean College. She currently works as Project Conservator for the Books in Māori Ngā Tānga Reo Māori Digitisation Project at the National Library of New Zealand Te Puna Mātauranga o Aotearoa. Sarah is an Affiliate Member of the New Zealand Conservators of Cultural Materials Pū Manaaki Kahurangi.