An award-winning University of Canterbury music student will be joined on stage by his mentor and professor when they tour the country with a new show over the next few weeks. 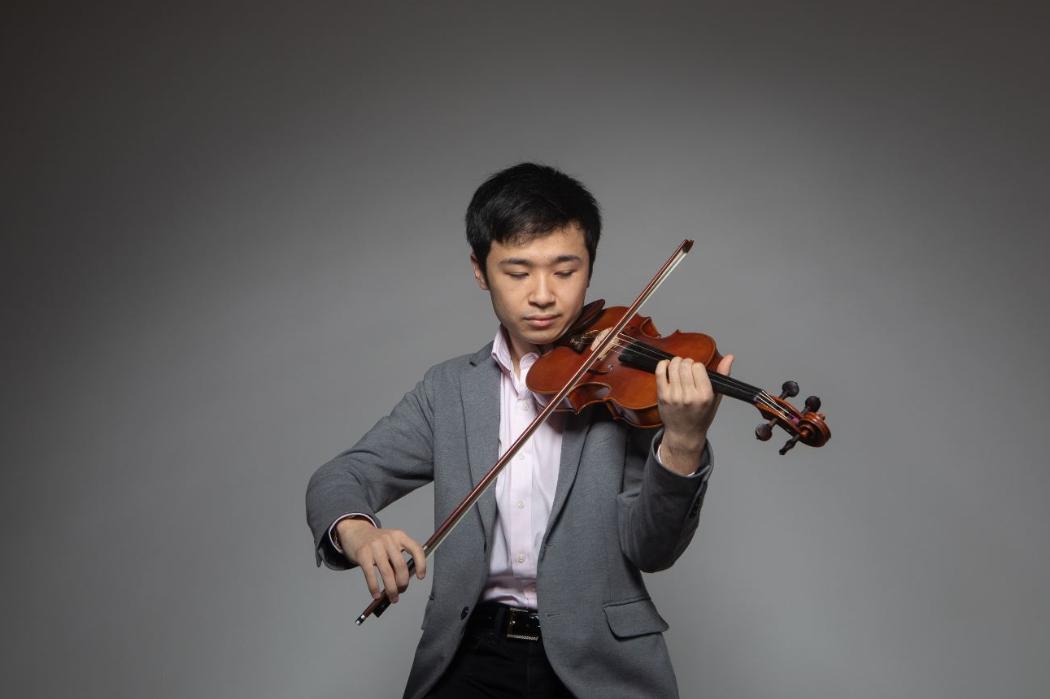 Rakuto Kurano, 21, a violinist with the Christchurch Symphony Orchestra, will perform DUPLEXITY at venues from Auckland to Stewart Island.

He will be joined on the tour by Professor Mark Menzies, Head of Performance at the University of Canterbury. Professor Menzies, a violinist, violist, pianist, composer, and conductor, has been Kurano's mentor since 2017 and was his occasional co-performer at university events, where the pair have delighted audiences with their enthusiasm and virtuosic playing.

“It’s an honour to have Mark join me on stage, and a real stamp of approval for this tour,” Kurano says.

“New Zealand has so many incredibly talented young composers, and I want to share their music across the country,” he says.

Also on the programme are familiar works by composers such as Brahms, Schumann and Piazzolla.

Originally from Japan, Kurano has established himself in Aotearoa New Zealand as a versatile violinist, violist, pianist, composer and conductor. He graduated with a Bachelor of Music in Performance and Composition from the University of Canterbury last year and continued with an honours degree this year.

Kurano already has a long list of performing credits to his name in New Zealand, Vietnam and Japan. Awards include the Lilburn Trust Award in 2020 for the composition Alien Abduction Suite, the 2019 NZTrio composing competition for Fantail in Tokyo and NZ Harp Duo composition competition wins in 2016 and 2017.

This isn’t Kurano’s first time on the road. In January 2021, the Baroque Music Community and Educational Trust of New Zealand commissioned him to compose a 15-minute Concerto Grosso for their 2021 Baroque summer workshop and tour. The work was the final piece in the programme on the 11-concert tour and was met with numerous standing ovations. Peter Mechen called it a “splendid work” in a review for Middle-C.

DUPLEXITY is supported by University of Canterbury’s School of Music and will tour to Wanaka (27 August), Auckland (28 August), Stewart Island (30 August), Christchurch (4 September), Dunedin (5 September), and Timaru (6 September). Tickets are available on Eventfinda and at the door (cash only).