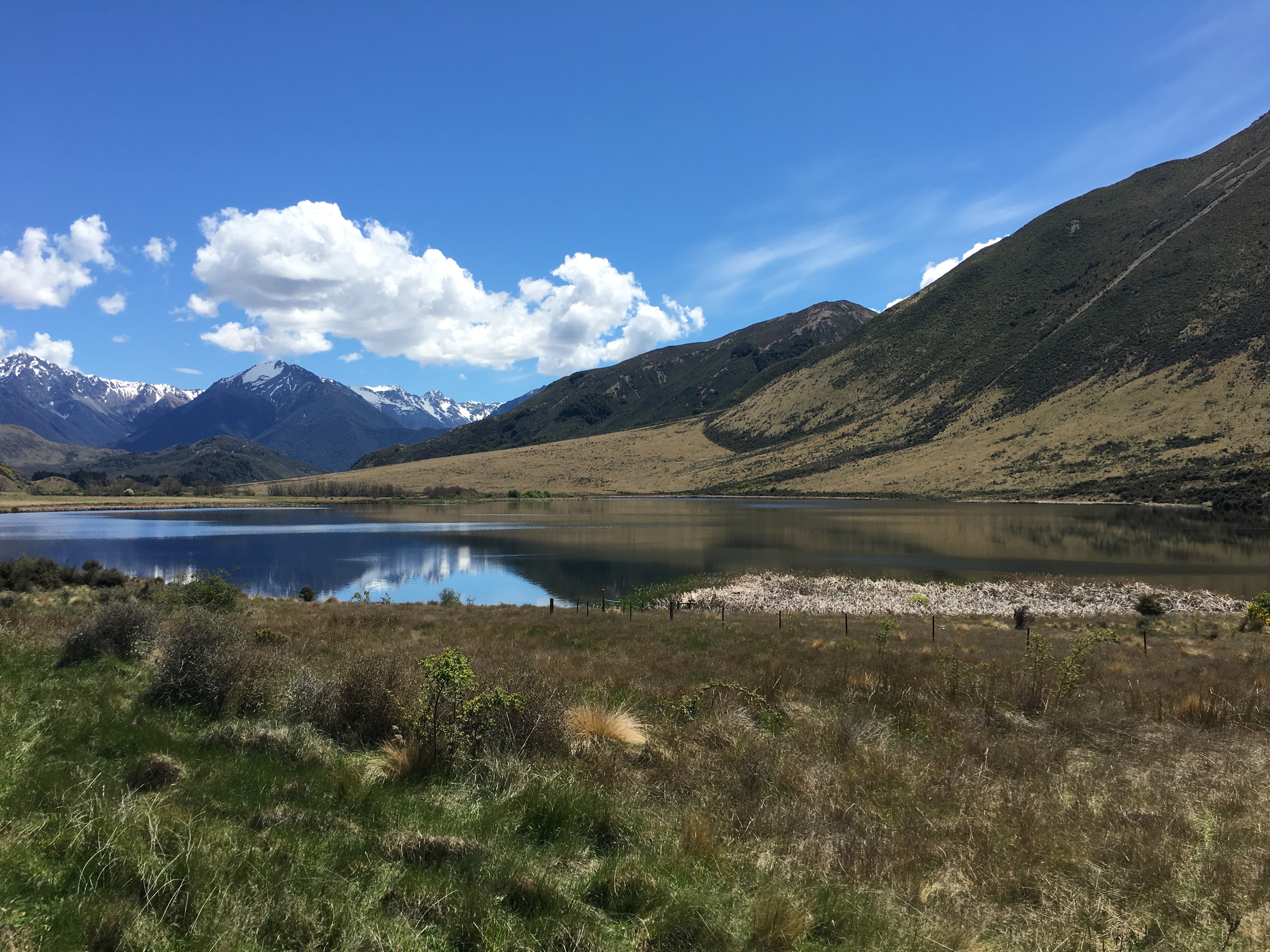 Check out the current weather conditions at Cass:

Live weather data and a weather forecast for Cass can be viewed at Cass weather. The weather station has been installed by FENZ (Fire and Emergence New Zealand) and is part of the national network used to monitor weather for rural fire risk levels.

A major threat to the native biodiversity in the Cass area is invasion of native ecosystems by woody weed species. UC is currently managing/controlling the following weeds at Cass:

Finally, we are controlling for the invasive German/European wasps, by poisoning in February of each year. This control has led to a noticeable reduction of wasps in the native beech forests at Cass and safer teaching field trips in the area.

The Cass Mountain Research Area (CMRA) consists of 1775 ha of eastern South Island mountain land located in the Cass River basin, upper Waimakariri River catchment, North Canterbury. Sometimes referred to as the Cass Field Station (or earlier as the Canterbury College Mountain Biological Station) or as the Cass Scientific Reserve, the research area is wholly owned and operated by the University of Canterbury. The CMRA is located on part of the land that was given to the University of Canterbury (as the Canterbury College) by the then Provincial Government as an endowment for the promotion of superior education. The main purpose of the CMRA is to provide research and learning opportunities for UC staff and students.

The CMRA comprises two prominent peaks, Cass Hill (1098m) and Sugarloaf (1359m), as well as river terraces and alluvial fans. The Cass Basin forms part of the mid-Waimakariri intermontane river basin in the central South Island and provides a very wide range of environments - montane grasslands, scrub, riverbed, scree, beech forest, swamp, bog, lake, stream and alpine habitats can all be reached by day trips on foot. In addition, day trips by vehicle can be made to the subalpine and alpine habitats of the Craigieburn Range or Arthurs Pass on the main divide of the Southern Alps.

The history of the Cass Field Station is described in the publication "CASS: History and Science in the Cass District, Canterbury, New Zealand", written by E. Percival & C.J. Burrows. Here's the link to the pdf of the document.

There is a wide variety of flora in the Cass Mountain Research Area. A checklist has been compiled to offer more information on the plant life that can be found.

To make a reservation request

Book now
Back to top