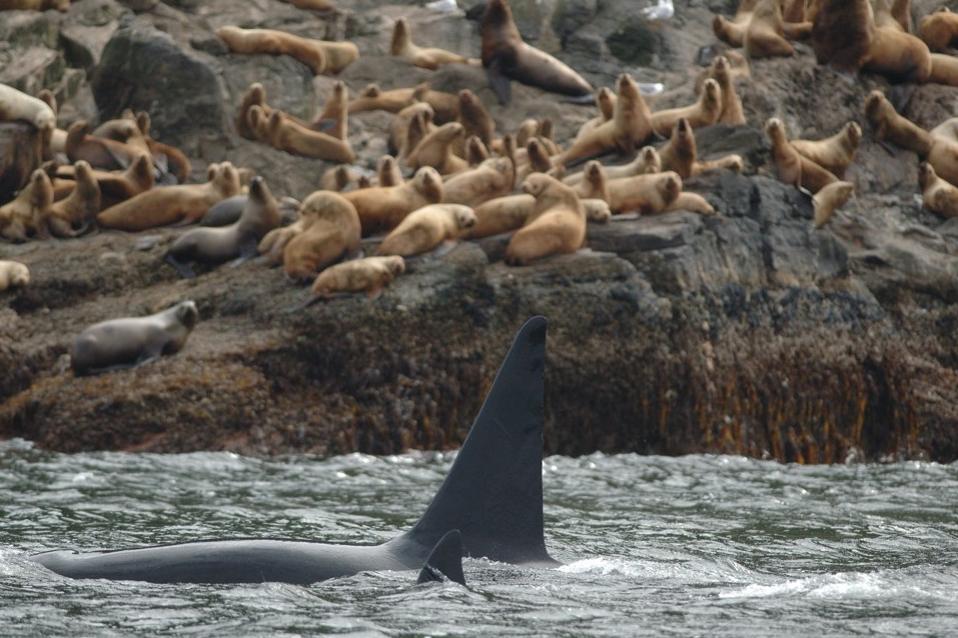 University of Canterbury (UC) PhD candidate Alexa Hasselman created the Killer Whale Count, which uses images taken of the waters close to the Stellar sea lion colonies uploaded onto the citizen science web platform Zooniverse for volunteers to identify killer whales. Hasselman will combine the results from the Zooniverse volunteers with additional datasets from NOAA Fisheries to determine the impact of killer whale predation on the Steller sea lions.

According to Hasselman, Stellar sea lions in this area have experienced drastic population decline and were classified as threatened in 1990 under the United States Environmental Species Act (ESA). “There is a 94% decline in numbers from a population of approximately 265,000 to 30,000 at the lowest point, and while some areas are starting to see population increases, the western Aleutian is still experiencing declines.”

UC Associate Professor Michelle LaRue says, “Alexa is looking at the interplay between an endangered species and population impact from potential predators. Similar dynamics could be at play in southern oceans, too, so understanding what’s going on, even in a small portion of a distant ocean, gives us insight into things we could potentially expect and look for in other areas.”

Hasselman says citizen science can play a key role in monitoring endangered species, “This is a fun and efficient way to process image data to help understand the potential threats of killer whales.”

“While we may eventually work towards some sort of algorithm with help from citizen scientists, at the moment there is no better computer than the human brain for this task,” Associate Professor LaRue says. “The project is important because the outcome could influence endangered species status, bigger scale population monitoring protocols and changes in policy to protect the planet.”

“Given the extraordinarily large volume of photos, this project is only possible with the help of many volunteers and will provide valuable insight on killer whale presence. It may also help us better understand why the western Steller sea lion population has failed to recover, he says.

“The support for the project has been incredible so far. Our goal is to keep the momentum and process as many of the images as possible. The more images we process, the clearer any trends in visitation patterns will be,” Hasselman says.

The team still need help in identifying and counting killer whales from their image database.  Find out how you can be part of Killer Whale Count here>

Killer Whale Count was officially launched on May 3, 2022 and in one week has obtained nearly 250,000 classifications. Volunteers have since retired 62,000 images representing two sites in the western Aleutians. There is a total of 875,000 images with 29,000 currently online from a new location.

Associate Professor Michelle LaRue will give a Tauhere UC Connect public lecture about her Antarctic research – Counting seals: citizen science on the ice – on 28 September. More information will be available closer to the event here>