Symbols of Christchurch's past, present and future

UC's Professor Katie Pickles reflects on how ten years on, the earthquake still casts its shadow over Christchurch’s past, present and future, in article on The Conversation. 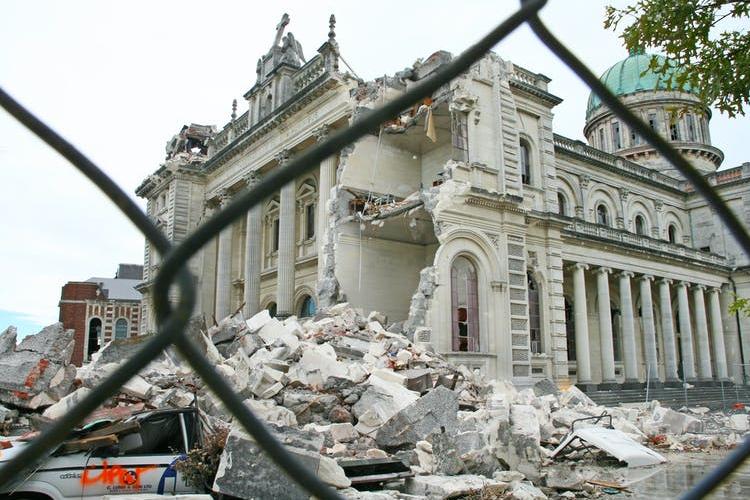 Far worse things happened, of course, but this break with the past came to feel powerfully symbolic.

My 2016 book Christchurch Ruptures was in large part about the risks of our thinking being trapped in the past and attempting to put things back as they were. Might letting these statues go allow the city to leave behind the colonial attitudes and practices they represented?

Instead, I suggested, we might focus on the contemporary inhabitants of the city and build on its historically moderate political streak.

This was just one of five such “ruptures” I identified that might guide the city’s need to regroup and move on. A decade later, I wonder to what extent those predictions have come to pass. Are they still relevant on the tenth anniversary of the earthquakes? And what unforeseen themes have emerged in the meantime?

Christchurch’s quake-damaged statues turned out to be unintentionally prescient. In 2020, there were international and national debates about the removal of colonial monuments past their use-by dates. Statues such as those of William Colston in the UK and John Hamilton in Waikato fell amid calls to “topple the racists”.

The post-quake rebuild had already forced Christchurch to examine how it acknowledged its colonial past. While statues of Queen Victoria and James Cook would remain, it would be “within the context of the relationship that exists between iwi and Crown”, according to a joint statement in 2020 by Mayor Lianne Dalziel and Ngāi Tūāhuriri Upoko (head) Dr Te Maire Tau.

The city had entered a new era of seeking balance, biculturalism and partnership. For example, rather than extensively re-landscaping Victoria Square, with its Victoria and Cook statues, it was gently re-formed. New mana whenua markers, including two upright waka by Fayne Robinson, joined Riki Manuel’s 1994 Poupou. Robinson’s Mana Motuhake was described in the official literature as:

… a new element that offers balance to the bicultural narrative of our city and […] a celebration and reflection of our shared cultural heritage. The work will complement the existing statue of Queen Victoria and emphasise the enduring relationship between Ngāi Tahu and the Crown.Importantly, Te Rūnanga o Ngāi Tahu has worked in partnership with the Canterbury Earthquake Recovery Authority (CERA), Ōtākaro Limited and the city and regional councils in planning the recovery of Christchurch.

The Matapopore Charitable Trust is one example of the leadership that evolved in the rebuild. Formed as a steering group to represent the interests of Ngāi Tūāhuriri as the Christchurch Central Recovery Plan rolled out, the trust operates on a founding principle: Kia atawhai ki te iwi — care for the people.

Matapopore has developed narratives for the city’s emerging precincts that visibly evoke a shared sense of present and future. You can see this in Te Omeka Justice and Emergency Services Precinct, which includes Lonnie Hutchinson’s impressive Kahu Matarau, a protective aluminium kākāpo feather cloak.

You can see it, too, in Victoria Square, where three of 13 Ngā Whāriki Manaaki (woven mats of welcome) by Reihana Parata, Morehu Flutey-Henare and Wayne Youle symbolically weave “Ngāi Tūāhuriri/ Ngāi Tahu values and stories into the fabric of Christchurch’s urban environment”.

Christchurch can be stereotyped as a formal, conventional city. But there is another, alternative past whose ways of living have much to offer the present. From the late 19th century the city had been a hotbed of early feminism, as well as home to movements promoting health and fitness, scenic reserves and communal living.

That spirit appeared to flourish in the energetic and original GAP filler projects led by Coralie Winn and Ryan Reynolds. These involved numerous inventive civic installations, including book exchanges and a dance mat, aimed at forming strong communities.

The success of those projects stood in stark contrast to the disappointment many Christchurch citizens felt at the lack of attention given to the council’s “share an idea” consultation, and the dominance of top-down planning.

Frustration at unfinished “anchor” projects, such as the stadium and sports facility, only fuelled calls for alternative transport, swimming pools and collectivism in general. The Margaret Mahy Playground and Tūranga library were welcomed, but construction of a large convention centre, when COVID-19 has stopped tourism in its tracks, seemed out of touch with the zeitgeist.

In the meantime, a new “youthquake” further evoked the city’s radical spirit. Students marching for climate change action seemed to echo those before them who had protested over nuclear energy, South African rugby tours and various foreign wars. Will this Christchurch win through?

In my book I advocated respect for all people, regardless of race, ethnicity or how long they’d lived in the city. In hindsight, the events of March 15 2019 lend that optimism a chilling undertone.

But in the wake of the terror attack there has been an outpouring of support for breaking down barriers between the city’s diverse communities. Perhaps a new sense of community, born of coping with the quakes, had fostered a more united approach to adversity.

On the other hand, rebuilding the central Anglican cathedral, symbolically reasserting an Anglo-Celtic dominance of the past, feels at odds with the new climate. Restoration is slow and controversial. The former bishop Victoria Matthews considered the financial cost too high and wrote that buildings, “however dear to our heart and beautiful, are secondary to our concern for people”.

Its tourism potential suspended for the time being, the cathedral’s symbolic place as the city’s heart and hope has faded. Restoring an imagined Englishness in a modern multicultural city, one that makes all its citizens feel at home, feels less urgent.

Broken heart of the city

Ten years on there is still a lingering attachment to Christchurch as the “garden city”, a sentiment I argued had also ruptured. The future of the vast eastern residential red zone remains evocatively problematic. Plans for an Ōtākaro Avon River corridor are slowly emerging. Instead of rewilding it, however, vast tracts of domestic grass currently keep it tame.

I suggested the city centre would continue to decline, as it had done (like many other cities globally) before the earthquakes. It was time to think on a smaller scale, I argued, and not to restore what was there before.

And a decade later there are some exciting signs of a new urban sensibility, such as the Te Papa Ōtākaro/Avon River Precinct, with a promenade that takes its lead from the river and draws in diverse civic features, old and new.

But the pandemic has disrupted large, unfinished projects along with visions of a vibrant centre. Rather than live downtown, people are moving to new homes outside the city boundary — let alone the suburbs — leaving urban regeneration a work in progress. Another anchor project, the Breathe Housing Community, has just collapsed.

I saw the rise of these new suburbs and exurbs as worrying evidence of a de-centered city. Growth in the Selwyn and Waimakariri districts to the south and north of the city has continued unabated. In 2020 Selwyn had the largest net internal migration in the country. Millions have been spent on expansive northern and southern transport corridors that effectively bypass the city.

In the end, though, it is the people who are most important — and that is perhaps the biggest theme I see ten years on. The 2011 tragedy in which 185 people died and hundreds more were injured has cast a long and exhausting shadow.

The health, socio-economic and cultural well-being of so many has yet to recover. We can add to this story of struggle and pain the 51 deaths and many more injuries from the mosque shootings, and the fact that 12 of New Zealand’s 26 COVID-19 deaths have been in Canterbury.

At this moment, as was true a decade ago, the health and safety of the people are all that matters.