Students would rather quit smoking than pay more for cigarettes

University students in New Zealand would be more likely to quit smoking if the price of cigarettes increases, a University of Canterbury (UC) study suggests. 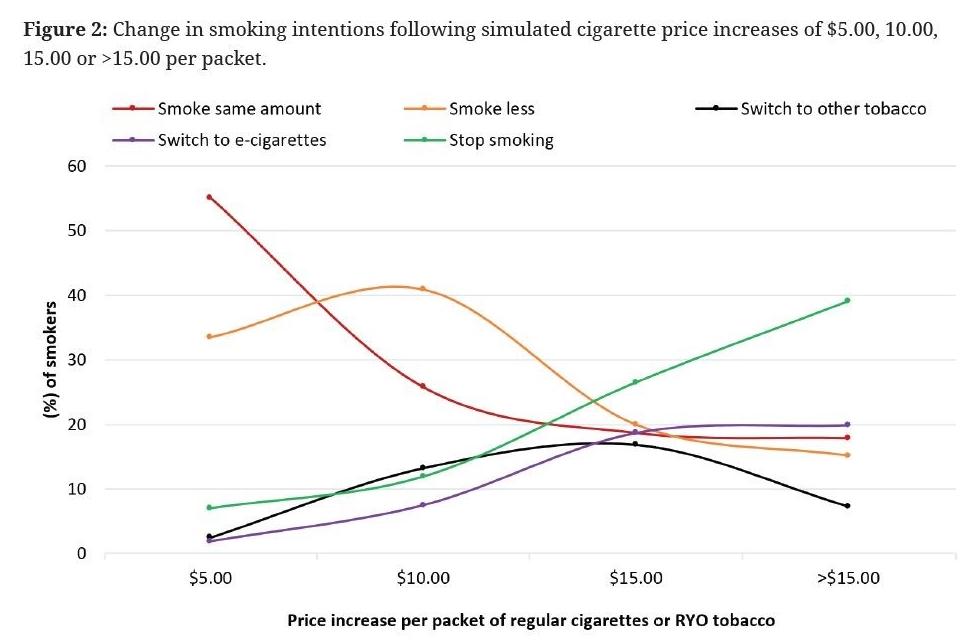 University students in New Zealand would be more likely to quit smoking if the price of cigarettes increases, a University of Canterbury (UC) study suggests.

Health Sciences PhD student Ben Wamamili conducted the research as part of his thesis, which is assessing the prevalence and patterns of cigarette smoking and e-cigarette use (vaping) in university students in New Zealand, and perceptions on the Smokefree 2025 goal.

He surveyed 2,180 students from New Zealand’s eight universities in March to May 2018, of which 187 qualified as current smokers, meaning they smoked at least once a month. The study asked participants how their smoking intentions would change if the price of a packet of their regular cigarettes, or roll your own (RYO) tobacco, was increased by $5, $10, $15, or more than $15.

Wamamili found that increasing numbers of students would smoke less cigarettes and switch to vaping, or quit smoking altogether as prices increase.

“The findings suggest that cigarette price increases of $15 or more per packet above the annual 10% tobacco tax increases could lead to significant reductions in smoking and potentially help New Zealand achieve its Smokefree 2025 goal,” Wamamili says.

“This indicates that vaping might not after all promote smoking or discourage quitting as previously feared by some health experts; vaping may actually aid quitting and facilitate achievement of the Smokefree goal,” he says.

The study also found differences according to age and gender.

“Quit intentions were stronger among younger students and females; males were more likely to intend to switch to vaping than females. However, the most surprising finding was that more students would rather quit smoking than switch to vaping at every price point.”

Smoking is still a major problem in New Zealand. “Each year about 5,000 people in New Zealand die because of smoking or second-hand smoke exposure. Smoking also disproportionately affects Māori and is a major contributor to higher mortality rates of Māori.”

New Zealand aims to become a smoke-free nation by the year 2025 and the Government began working toward this goal in 2011. Cigarette price increases are a cornerstone of the tobacco control strategy in New Zealand.

Wamamili worked with “excellent researchers, who also happen to be my supervisors” including Dr Mark Wallace-Bell, Professor Ann Richardson and Professor Randolph Grace, with statistical advice and support from Mrs Pat Coope.

The article acknowledged that tertiary students are more likely to be lighter smokers, to be aware of e-cigarettes and to have tried vaping compared to the general population.