Can animals experience joy? Thanks to a US$600,000 (almost NZ$1m) funding grant from the Templeton World Charity Foundation an international team of researchers, including University of Canterbury (UC) Associate Professor Ximena Nelson, hope to find out. 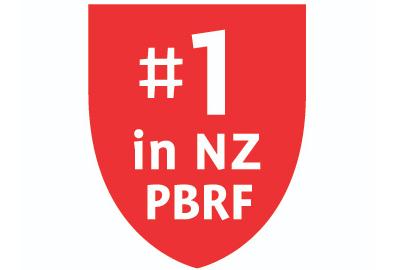 Joyful by nature: a comparative approach to the evolution and function of joy in intelligent species is a research project from academics in Scotland, the USA and New Zealand, including UC Associate Professor Ximena Nelson and the University of Auckland’s Dr Alex Taylor, who will attempt to answer an age old question – do animals experience the same emotions as humans?

Though the concept of joy is not unique to humans, this study could have significant implications for animal welfare and ethics.

While the Scottish and American researchers will be working with Dolphins and Apes, Associate Professor Nelson and Dr Taylor’s work will focus on our native Kea, the world’s only alpine parrot and a species well-known for their unique social attributes.

“Many New Zealanders will be familiar with the kea as cheeky, but few will realise how remarkably intelligent they are,” Associate Professor Nelson says. “Their cognitive ability is similar or better than many primate species, or humans up to the age of four.”

Over the course of her career, Associate Professor Nelson has seen many examples of the kea’s social abilities – their fledglings are raised by adults in ‘crèches’ and they play and roll around like children. It’s this social aspect she believes facilitates both play and joy in the species.

“We found that kea have a particular and rare type of call - a warble call – that can lead them to start playing, kicking stones and dancing about (see above video). They get excited – it’s like laughter, an emotional contagion, which suggests some kind of emotional underpinning in this species.”

There are many reasons why animals might develop play; kittens for example play to hone their natural predatory behaviour, but the reasons are unclear when it comes to kea. One hypothesis may be the kea’s lack of historic predation.

The lack of any obvious predator allowed kea ‘spare time’ to do whatever they liked, which may have initiated their play behaviours. Observations suggest kea are also affected by the seasons, just as humans are - they seem to respond in exactly the same way.

“The snow on a sunny winter’s day is a great place to observe Kea playing as they roll around and pounce on each other, but anytime it’s raining, they’ll huddle together in the trees and do not interact with the environment at all.”

The weather or the effect of light during winter is something that will form part of the New Zealand-based research.

“We’re running tests now to see whether bright light during winter, known to have a psychological effect on humans, will do the same for kea and improve their mood.”

“My observation of them in the field is that it does. They really do seem to find joy and it really doesn’t take long watching kea to see that they’re having a good time.”

The vision of The John Templeton Foundation is one of infinite scientific and spiritual progress, in which all people aspire to and attain a deeper understanding of the universe and their place in it. The grant awarded to the research team is for three years.