Music and PTSD - in concert

A new music work exploring post-war PTSD is one of the unexpected offerings in a programme of premieres on Sunday 16 August at 2pm when the University of Canterbury (UC) School of Music presents Arts Centre Chamber Series - cLoud Collective in the Great Hall of the Arts Centre. 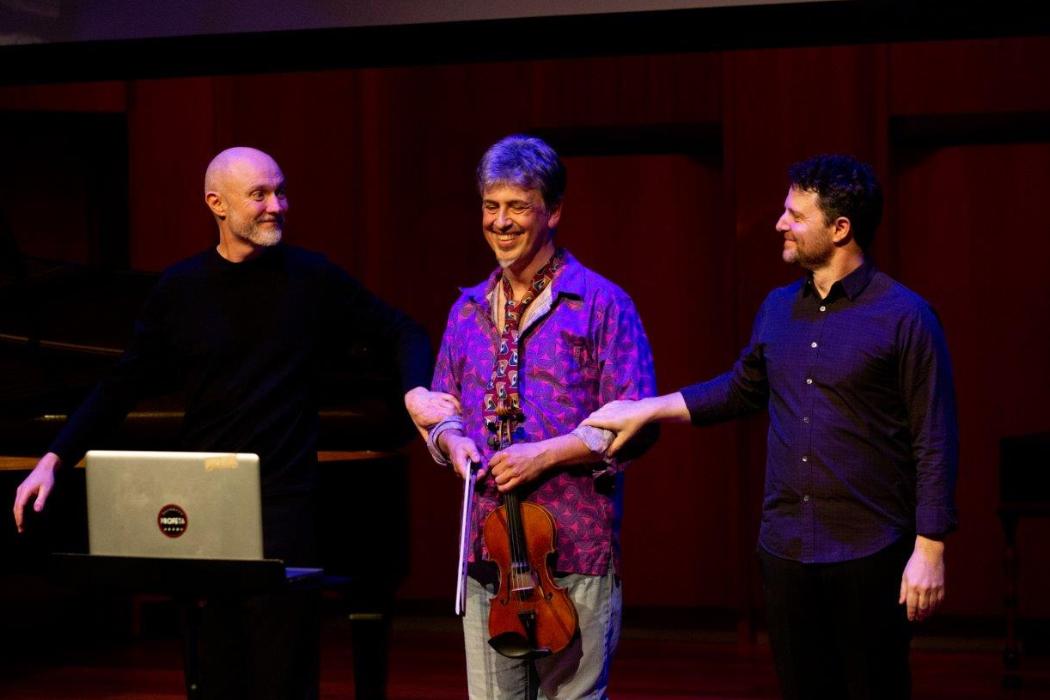 UC music masters graduate Alex van den Broek composed After War after learning more about the horrors and aftermath of war. “I don't understand the need or desire for war, so I guess in a perverse way I try to come to terms with this by reading a lot about war and the history that follows after them,” he says.

While researching PTSD (post-traumatic stress disorder), van den Broek found a video of war veteran Sgt. Jimmy Massey on Youtube and sought approval to use an audio sample in his composition. He hopes that the work will make the audience think about the ramifications of war and about peace advocacy.

A previous work piece of his, Order 81, was about war profiteering in the aftermath of the Iraq war. Order 81 refers to one of the 100 laws that were implemented in Iraq by the Iraq Coalition Provisional Authority.

Contemporary music is a vehicle for exploring these issues. “Art is not only a personal expression, it's an expression of society at that time,” van den Broek says. “It helps us to understand what it means to be part of humankind. It's imperative that art is continually created so we can keep up the conversation about being human on a deeper level.”

“I always start with something that I feel strongly about. Most of the time this is a musical sound. It could be a melody, chord or specific musical texture. I'll need to draw endless inspiration from this starting point so it's important I start with something strong. Even this piece, (After War) which is about something specific, started with a melody and a set of chords.”

“The School of Music at UC is committed to performing new work and creating new artists who can think for themselves in this continually changing world. The cLoud Collective put enormous effort into each of their concerts and between them all they have an extraordinary amount of experience, skill and musicianship. It is a pleasure and an honour to have them available to us in Christchurch, to teach the next generation of artists and to perform the latest works for us as an audience.”

cLoud Collective will also perform a South Island premiere of Kingfisher, by New Zealand composer Salina Fisher, two other world premieres by local composers Robert Bryce and Pieta Hextall, and two new works by ensemble member Reuben de Lautour. The programme will also feature works by David Liptak and Pierre Boulez. This is the second of a series of three concerts that UC School of Music present in the Great Hall this year.

Dr de Latour was inspired by “how music and sound help us to recreate and reinvent our memories of things, places, events, and people” in his composition An Auscultation of Reminiscence premiering at the same concert on 16 August, which he will also perform as part of the cLoud Collective.

“It’s great to have a close relationship with the performers; you have a chance to work with them during the creation of a new work, try things out, and get suggestions that you can immediately put into practice before premiering the work,” he says.

Lovers of contemporary music are in for a treat. “For this work I’ll be setting up an octophonic (eight channel surround) sound system in the Great Hall and diffusing both electronic sounds and the sounds of Mark’s processed, or digitally altered, viola through this; I hope this immersive experience will bring something a little different that the audience can take away with them.”

“Our mission as cLoud Collective is to be a part of that process of constant renewal; in this concert we are proud to present four premieres of new works by composers based in Christchurch.”

Arts Centre Chamber Series - cLoud Collective is on 16 August at 2pm in the Great Hall, Arts Centre Te Matatiki Toi Ora. Tickets are $20/10, available from the Arts Centre's website and on the door.