Aotearoa New Zealand’s second oldest university is launching a survey of its historical objects in the lead-up to its 150th birthday, thanks to a $12,000 grant from Lottery Environment and Heritage. 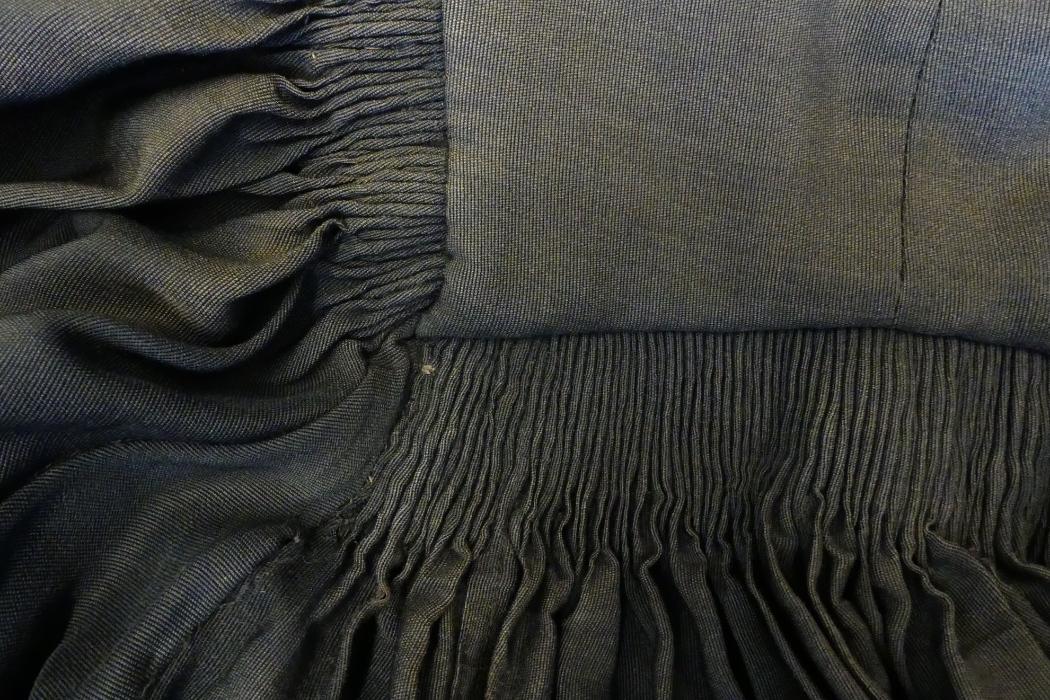 Detail of a gown worn by Marion Steven – one of the many fascinating artefacts from University of Canterbury’s past.

Aotearoa New Zealand’s second oldest university is launching a survey of its historical objects in the lead-up to its 150th birthday, thanks to a $12,000 grant from Lottery Environment and Heritage.

Canterbury College was established in 1873, at what is now The Arts Centre Te Matatiki Toi Ora, later becoming the University of Canterbury (UC) and moving to the new Ilam campus in 1975.

UC’s School of Music, Department of Classics and the Teece Museum of Classical Antiquities, returned to the beautiful heritage-listed Chemistry building at the Arts Centre in 2017.

Historical artefacts from across the campus tell fascinating stories about the past, and there are many more waiting to be discovered, says the Teece Museum and Logie Collection Curator, Terri Elder, who will lead the survey.

“While there are many Canterbury College artefacts currently held in and around UC, they are often unidentified or their significance is not recorded. This project aims to survey those artefacts, creating a database of images and information which can be made accessible to UC and the wider community,” Elder says.

The artefacts collection holds some fascinating rare objects: the propelling gold pencil gifted to Francis Stedman, who was Registrar from March 1876, shows the high esteem in which he was held by the college board.

“To make Canterbury College look more like Oxford or Cambridge, Stedman had the site planted in ivy, which eventually invaded the masonry and had to be quietly removed in 1941. He also subscribed to the ‘hallowed halls’ view of institutions of learning; whistling on campus was forbidden,” Elder says.

Canterbury College differed from the Oxbridge model in one important way – women were admitted from the start. In 1881 Helen Connon earned her Master of Arts degree, with first class honours in English and Latin, becoming the first woman in the British Empire to receive an Honours degree and a pioneer of New Zealand women’s education.

Other known items of interest include early laboratory equipment, a lantern slide projector, which could be connected to the Hurst Seager collection of slides, the UC Coat of Arms and antique furniture specially created for the college such as a carved wood lectern.

“An academic teaching gown which may have belonged to Marion Steven is also interesting. Students today may not be aware that academics used to teach in academic robes, which differ only slightly from graduation gowns. Canterbury was the only university in New Zealand to require staff and students to use academic dress on a day-to-day basis,” Elder says.

More artefacts and stories are still to be discovered, she says.

“Christchurch is extremely fortunate that the buildings of the original site survived the earthquakes when so much of our shared history was lost. Uncovering these hidden Canterbury College gems and making them accessible to the wider community will celebrate the history of UC, and give us valuable insight as we head into the next chapter of the University’s history.

“The aim of the project is to locate, record, research and photograph these objects so they can be shared in an online format.”

The survey will be led by a team from the Teece Museum over six months and will provide research opportunities for UC students. The application was supported by the UC Foundation, the Arts Centre and the Christchurch City Council Heritage Team.