An $11m fully immersive dark sky experience is now open to the public in Takapō (Tekapo). Dark Sky Project, formerly Earth & Sky, has opened the doors to its new 1140sqm building on the Takapō lakefront. The centre will be the departure point for the astro-tourism business’s outdoor, evening stargazing experiences at the University of Canterbury Mt John Observatory. 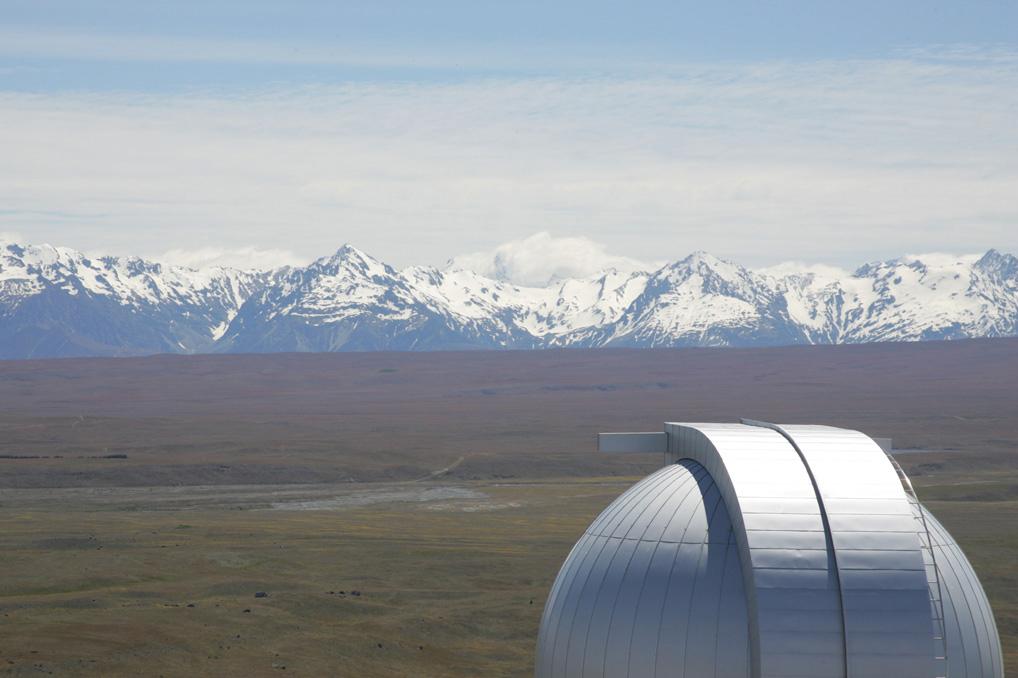 The University of Canterbury’s astronomical observatory on top of Mt John provides outstanding conditions for observations and discoveries of the southern sky and is New Zealand’s premier optical astronomical research observatory.

An $11m fully immersive dark sky experience is now open to the public in Tekapo. Dark Sky Project, formerly Earth & Sky, has opened the doors to its new 1140sqm building on the Takapō lakefront. The centre will be the departure point for the astro-tourism business’s outdoor, evening stargazing experiences at the University of Canterbury Mt John Observatory.

To ensure the Dark Sky Experience was authentic, Dark Sky Project worked with mana whenua from Arowhenua, Waihao and Moeraki, leading Māori astronomy expert Professor Rangi Mātāmua and the University of Canterbury to bring to life the stories of the universe. The fully guided, state-of-the-art 45-minute Dark Sky Experience has been designed to be truly of the place, reflecting some of the important research undertaken by the University of Canterbury at the University's Mt John Observatory as well as tātai aroraki (Māori astronomy).

“Experiencing a truly dark night sky can inspire a sense of awe and wonder about our place in the universe – this is what motivates us both as researchers and as human beings.

“Gravitational microlensing, stellar and planetary systems, asteroseismology, pulsating stars, astro-particle physics, dark matter, general relativity and cosmology – our scientists are looking at all these and more.

“UC astronomers are involved in discovering how many Earth-like planets exist in our Milky Way galaxy and understanding the formation and evolution of stellar and planetary systems. They study the pulsations of stars to understand their structure and evolution.

“Other UC astrophysicists study the high energy universe through neutrinos, study the nature of dark matter and work on the theories of general relativity, black holes and dark energy.”

The building's dome houses the 125-year-old Brashear Telescope, which stands up to nine metres tall and was in storage for five decades before being restored in Fairlie over the past two years. The Victorian masterpiece is part of the new 45-minute Dark Sky Experience.

The Brashear Telescope was used in the late 1800s by Percival Lowell for his studies of Mars. It has an 18-inch refracting lens, and is crafted of brass, iron, steel and wood.

“I hope that restoring the Brashear Telescope will inspire a new generation to learn about astronomy and reconnect with the stars,” Mrs Tindall says.