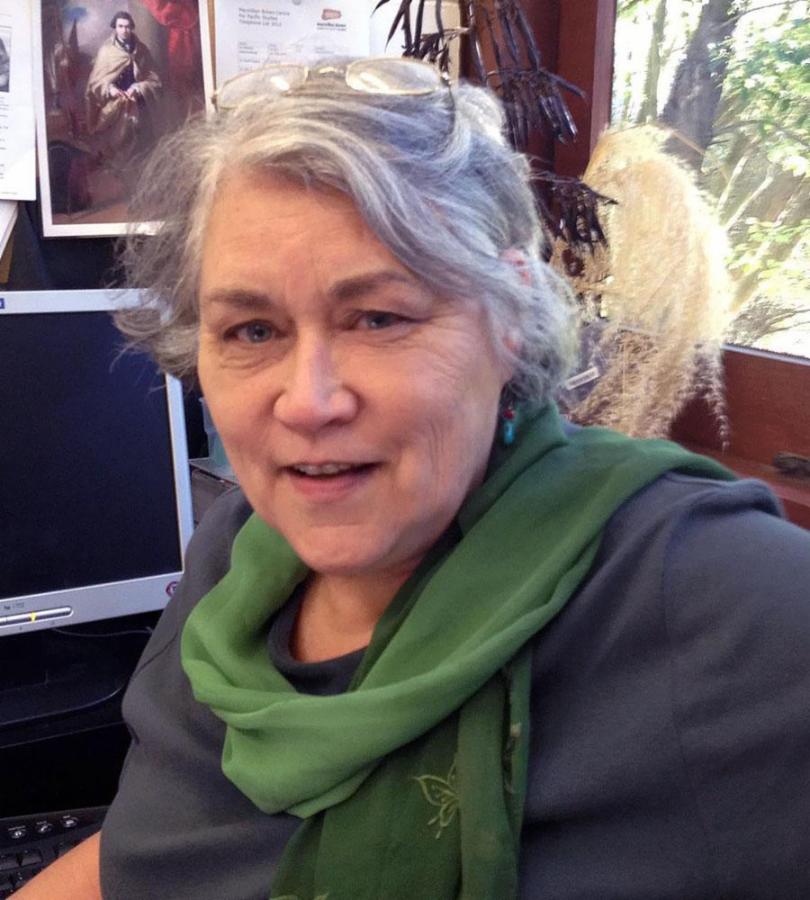 A late-comer to academia, Patricia brought a background of teaching and textile experience to her study. She completed a BA Hons in the Māori Department, and BA Art History with an emphasis on Māori and Pacific arts in 1996. Her PhD examined traditional Maori dress in order to rediscover forgotten elements of pre-1820 practice.
After completing her PhD she became a Research Associate in the Macmillan Brown Centre for Pacific Studies for 10 years. During that time she undertook research of the Oceanic collection donated by John Macmillan Brown to the Canterbury Museum, and a three year contract with Te Roopu Raranga Whatu o Aotearoa, working on a FRST funded project "Nga Tipu Raranga Mo Tua Ake” (gathering traditional tikanga about the harvesting of kiekie and other weaving resources).
In 1998 she instigated the planting of the Pa Harakeke on campus and in 2003, initiated the MAOR114/ARTH108 Summer school course ‘Nga Mahi a Ringa’ to encourage Māori and Pacific Island students into research via material culture. She was involved with Nga Puna Waihanga for a number of years, and Honorary Editor of the Māori Weavers’ national newsletter between 1993-2013.
In 2012, Patricia returned to Hikuraki where she is currently hosted as an Adjunct Fellow and continues to research elements of traditional Māori dress.