A University of Canterbury Engineering student is using 3D printing to help turn hydrogen peroxide into a non-toxic rocket fuel for the growing aerospace market. 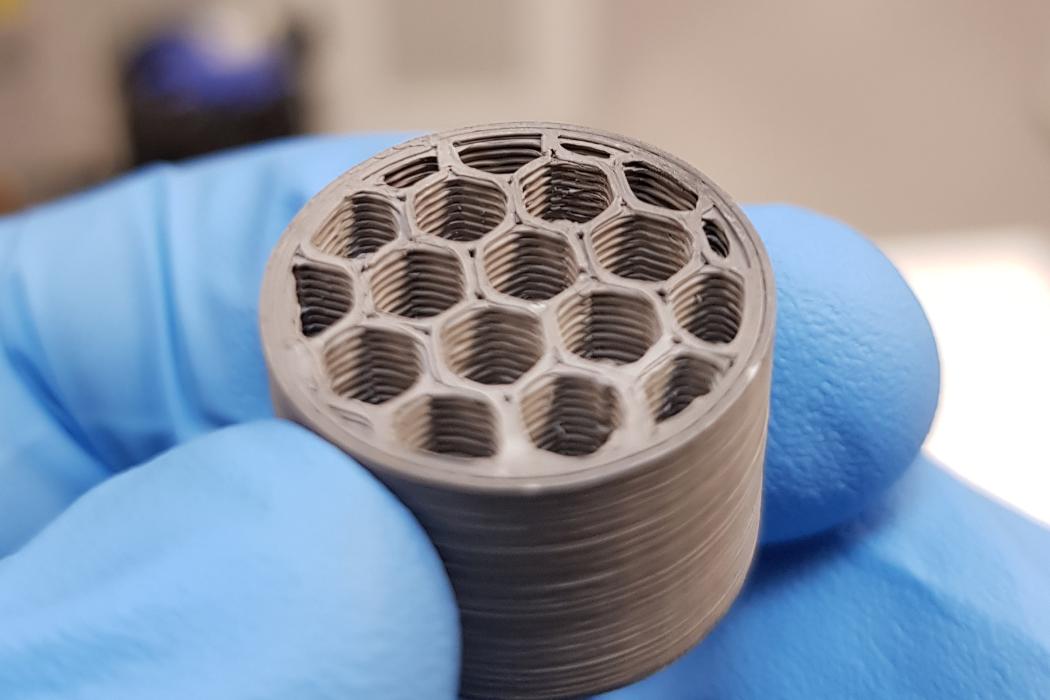 Simon Reid is two years into a three-and-a-half-year PhD and completed a Bachelor of Engineering in Chemical and Process Engineering in 2019 at the University of Canterbury.

His interest is in the intersection of 3D printing and aerospace, and he is currently working on a 3D printed catalyst bed that will enable more efficient use of concentrated hydrogen peroxide (a bleaching agent) as a propellant for rockets requiring low to medium thrust.

Hydrogen peroxide is a much less toxic alternative to hydrazine, a commonly used aerospace propellant for low to medium thrust applications.

Hydrazine is a suspected carcinogen and requires additional safety equipment and protocols when in use which drives up the cost of using the fuel.

Alternatively, hydrogen peroxide is largely non-toxic to humans and has common household uses such as bleaching hair or to clean wounds.

In Simon’s 3D printed design, the surface of the ceramic catalyst bed is coated with the catalyst for hydrogen peroxide to pass through.

“By passing liquid hydrogen peroxide over a catalyst bed it speeds up the decomposition reaction. The reaction disassociates the molecule, turning it into water and oxygen. It is the breakup of the molecule that produces a large amount of energy and heat. The heat vaporises the water and results in a high temperature gas – passing the hot gas through a nozzle provides thrust,” Simon explains.

The aim of his research is to refine the design of the catalyst bed to maximise the generation of thrust from hydrogen peroxide while limiting the loss of catalyst from the bed and keeping the components light.

Working with Callaghan Innovation, Simon is using 3D printing to generate novel catalytic structures that have better properties - lower pressure drop and use different catalytic materials to improve the performance of the thrusters.

The three things Simon is trying to overcome using the gyroid in the catalyst bed is loss of catalyst, a large pressure drop, and maximising thrust balanced against the concentration of hydrogen peroxide – some catalysts have a low melting point relative to the temperature of the gases coming out.

“Dawn Aerospace, who are a local collaborator on the project, currently use hydrogen peroxide as a propellant for their reusable space plane that will deliver satellites into orbit. The catalyst they use is quite rudimentary and has been around since the 1960’s, that is what the research is trying to improve,” says Simon.

Simon will begin testing the efficiency of the newly designed catalyst bed soon, comparing the results against existing designs.

“Only a few companies are seriously considering hydrogen peroxide. Hopefully by designing these efficient catalysts we can promote it as a viable alternative to hydrazine, and help make the aerospace industry that little bit safer.”