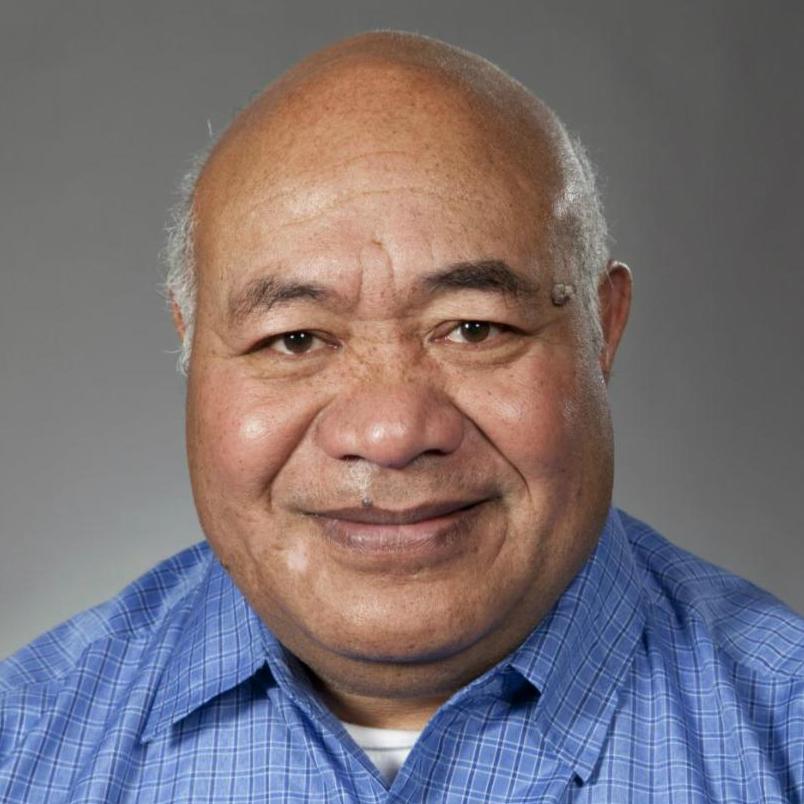 UC Engineering Geomechanics Laboratory manager Siale Faitotonu has been made a Member of the New Zealand Order of Merit (MNZM).

DNZM Dame Companion of the New Zealand Order of Merit:

Dr Carolyn Burns is recognised as a leading international authority on the ecology of lakes. She graduated from UC with a BSc(Hons).

KNZM Knight Companion of the New Zealand Order of Merit:

CNZM Companion of the New Zealand Order of Merit:

Professor Macfarlane has developed bicultural approaches for teachers and psychologists to create safe and inclusive relationships with Māori students and clients, notably the Educultural Wheel, his most widely referred to framework for professional practice. His education theories have also proven to be effective for Pacific, disabled and gifted learners. He developed his first education theory in New Zealand, the Hikairo Rationale (now Hikairo Schema), a bicultural approach to positive behaviour, while head teacher of the Awhina special education school in 1980s and early 1990s. He has contributed to national projects, such as Resource Teachers for Learning and Behaviour and Hui Whakatika, a Māori-developed restorative justice programme in schools. His bicultural research model He Ara Whiria has been widely used by Superu (The Families Commission), MSD, Ministry of Education, Ministry of Defence and the New Zealand Council for Educational Research, and is the basis for research for E Tipu e Rea – A Better Start National Science Challenge. Professor Macfarlane is Professor of Māori Research and was founding Director of Te Rū Rangahau (The Māori Research Laboratory) at the University of Canterbury. (See his story on Stuff.)

Dr Kevin Raymond Marshall, of Wellington. For services to food science and technology
Dr Kevin Marshall has made a major contribution to New Zealand’s food and bio-processing industries over a 60-year career. He graduated with a UC BE(Hons) in Chemical and Process Engineering.

Dr Maxwell Gilbert Shepherd, JP, of Wanaka. For services to biotechnology and business.
Dr Max Shepherd is an award-winning biotechnologist and played a leading role in the emergence and success of the New Zealand biotechnology industry. He has a UC BSc(Hons) degree.

ONZM Officer of the New Zealand Order of Merit:

Professor Jameson’s work has been notable in combining internationally recognised research on the regulation of plant growth with leadership across the wider biological sciences. She was Chair of the Royal Society of New Zealand’s Marsden Ecology, Evolution and Behaviour Panel, a ministerial appointee to the Independent Biotechnology Council, and Principal Moderator for Tertiary Education Commission’s PBRF 2018. In 2004, she was appointed inaugural Head of the School of Biological Sciences (SBS) at the University of Canterbury. Through her direct leadership and mentorship, SBS became one of New Zealand's highest ranked groupings of biologists. She has been noted for her research expertise in physiological and molecular plant biology, her extensive list of publications, and her support supervising postgraduate students. Her key contributions include elucidating the myriad roles that the plant hormone group, the cytokinins, play in plant development. She has undertaken major collaborations with the applied sector in areas of forage, seed production and fruit development, as well as researching the regulation of flowering of New Zealand’s indigenous flora. Her achievements have been recognised with life fellowships from the agricultural, horticultural, and plant biology communities. Professor Jameson received the 2019 Marsden Medal recognising a lifetime of outstanding service to the science profession.

Professor Harold John Simpson, of Christchurch. For services to art education.
Emeritus Professor John Simpson was head of the School of Fine Arts at the University of Canterbury (UC) for more than 30 years, driving a modernisation of the art education on offer.

Professor Simpson adopted the ideals of Bauhaus and introduced an ‘intermediate’ year during which students worked in all media, specialising in fields of their choice in subsequent years. He introduced further specialisations into the School, including film, photography, and graphic design. Art History was established as a department of the School, offering courses for BA and BFA degrees and later at doctoral levels. He was Vice-President of the Canterbury Society of Arts for nine years and was on the Society’s Council for 28 years. For six years he served on Board of the Queen Elizabeth II Arts Council. He was chief examiner of both School Certificate and University Entrance Practical Art for almost eight years, introducing the Bauhaus option into the art history part of the curriculum. He co-founded the Design Association of New Zealand and served on the Executive. He was a member of government-appointed design committees for decimal coinage and bank notes, and the Advisory Council for the selection of New Zealand postage stamps. Professor Simpson gave works from his collection to Christchurch Gallery Te Puna o Waihetū in 2017.

Mr Murray Ian Bain, of Kerikeri. For services to tertiary education and digital learning.
Murray Bain chaired the Governing Council of the Open Polytechnic of New Zealand from 2013 to 2020. Mr Bain has a BSc in Mathematics from UC.

Mr Philip Spencer Trusttum, of Christchurch. For services to art.
Philip Trusttrum is one of New Zealand's leading painters of large-scale impressionist works, working across a wide array of themes that remain embedded in everyday subjects. He is a graduate of the former Christchurch Teacher’s College (now the College of Education, Health and Human Development).

MNZM Member of the New Zealand Order of Merit:

Mr Siale Katoa Latu Pasa Faitotonu, JP, of Christchurch. For services to Pacific education.
Siale Faitotonu has supported Pacific children and young people in education in Christchurch for more than 30 years, outside of his regular employment at the University of Canterbury (UC). He works at UC in the College of Engineering as Manager of the Geomechanics Laboratory. (See also Stuff, Minister for Pacific Peoples and Canterbury students tackle Tongan water challenges).

Mr Faitotonu established Fe’ungamalie Language Nest at Rowley School in 1995, playing a key role in transitioning children and families of Fe’ungamalie to merge with Tongan Kaha’u Ola Early Childhood Centre in 2005, ensuring this centre could continue when facing difficulties. He was Licensee for Kaha’u Ola until 2009. He initiated a new pan-Pacific ECE to serve West Christchurch following earthquake displacement of Pasifika families, which opened in 2017. He established a Tongan language homework programme through Kahoa Tauleva Christchurch Trust in 2004. He facilitated resources including Education students from UC and second-hand computers for the programme’s homework centres, helping establish a computer skills programme for students and parents. He translates education material into Tongan and developed resources for non-Pasifika teachers working in ECE nationally. As no Christchurch school could support NCEA Lea Faka-Tonga Levels 1 through 3, he established a programme for Tongan language students across 19 schools to be tutored through afterschool classes. Mr Faitotonu is involved with a Pacific Education Leadership course and the Minister of Education’s Pacific Advisory Board for Educational Renewal of Christchurch following the earthquakes.

Mr Miles Denis Ellery, of Christchurch. For services to youth, education and the community.
Miles Ellery has worked with at risk young people with psychological, behavioural, emotional and learning difficulties. He is a graduate of the former Christchurch Teacher’s College (now the College of Education, Health and Human Development), and a graduate of the College of Arts.

Mr Bruce Henry Hart, of Lower Hutt. For services to education.
Bruce Hart was the Principal of Heretaunga College from 2003 to 2019 and has led innovative developments across all areas of education. He is a graduate of the former Christchurch Teacher’s College (now the College of Education, Health and Human Development).

Mr David Alan Matthews, of Christchurch. For services to people with disabilities.
David Matthews spent 10 years in senior management roles with Special Education Services and the past 21 years with CCS Disability Action. He has a Diploma in Education Guidance from UC. 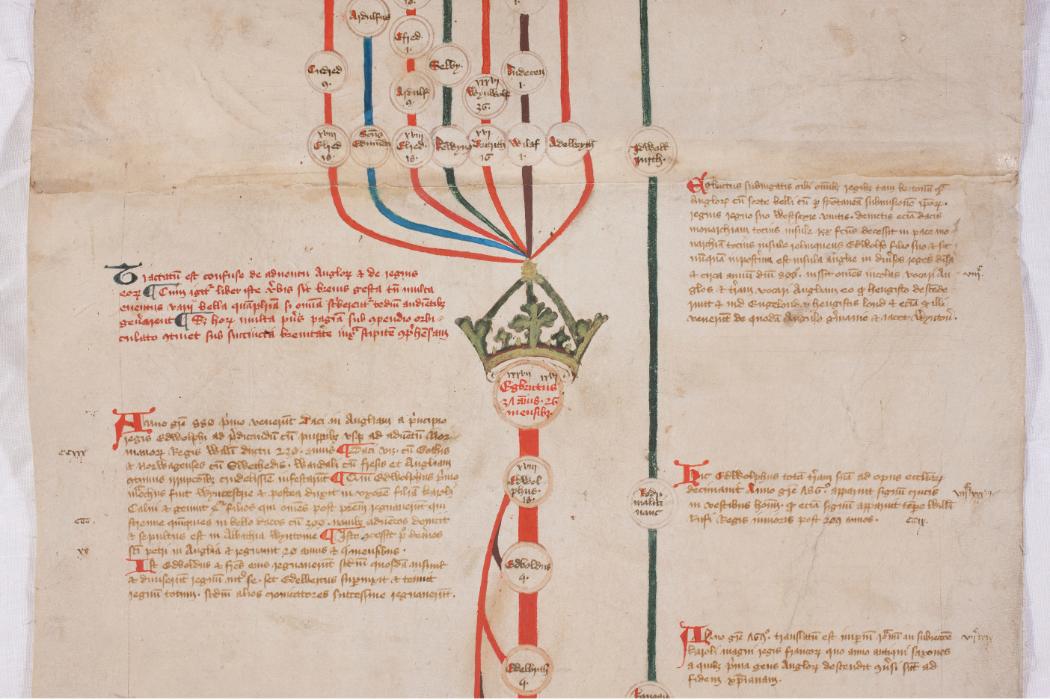