Women leading Canterbury into the future

The University of Canterbury (UC) is the first and remains the only New Zealand university to be led by women. 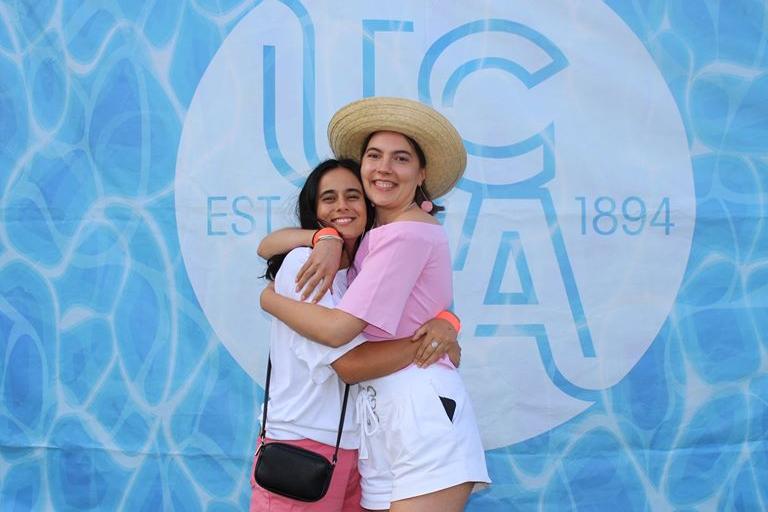 UCSA President Tori McNoe (left) and Vice-President Katie Mills are the first female duo to lead the UC students’ association since it began in 1894.

The University of Canterbury (UC) is the first and remains the only New Zealand university to be led by women.

Last year, for the first time since it was founded in 1873, UC appointed two women to lead the university – lawyer and UC alumna Sue McCormack as its new Chancellor, and former Vice-Chancellor of South Africa’s largest research university (University of Pretoria) Professor Cheryl de la Rey as UC’s new Vice-Chancellor.

In 2020, they’ve been joined by the new UCSA President Tori McNoe and new Vice-President Katie Mills. They are the first female duo to lead the UC students’ association since it began in 1894.

“Both Cheryl and Sue are so inspiring to me and Katie,” Tori says. “While I don’t think it’s necessarily become easier for women to take on leadership roles, I think women have become more confident, especially seeing other women succeed and lead.

“Here at UC, we are prepared to lead the world in gender equity.”

Born in 1997, Tori is from small-town Temuka, South Canterbury. She began leading students aged 17 as head girl at Mountainview High School in Timaru. The second of four children, she’s the first in her family to go to university.

Working on a double degree at UC, she has already earned a Bachelor of Criminal Justice (BCJ) degree, graduating in 2019, and is completing a BA part-time while fulfilling her many UCSA presidential duties full-time, representing around 18,000 UC students.

In reference to International Women’s Day, Tori quotes Canadian poet Rupi Kaur on progress: “Our work should equip the next generation of women to outdo us in every field. This is the legacy we’ll leave behind.”

In the 13-member UC senior management team, seven positions are held by women, including Executive Director of Student Services and Communications Lynn McClelland and Assistant Vice-Chancellor Professor Catherine Moran, who oversees learning and teaching quality, including academic development across the University.