Physics, biomechanics and the love of croquet

Croquet may bring to mind lazy summer afternoons on the lawn or Alice in Wonderland’s flamingo mallets, however University of Canterbury (UC) Sport Coaching academic Dr Jenny Clarke takes it far more seriously. The world’s top-ranked female player and New Zealand’s 2019 Player of the Year, she is also one of the top international researchers on croquet coaching and performance techniques. 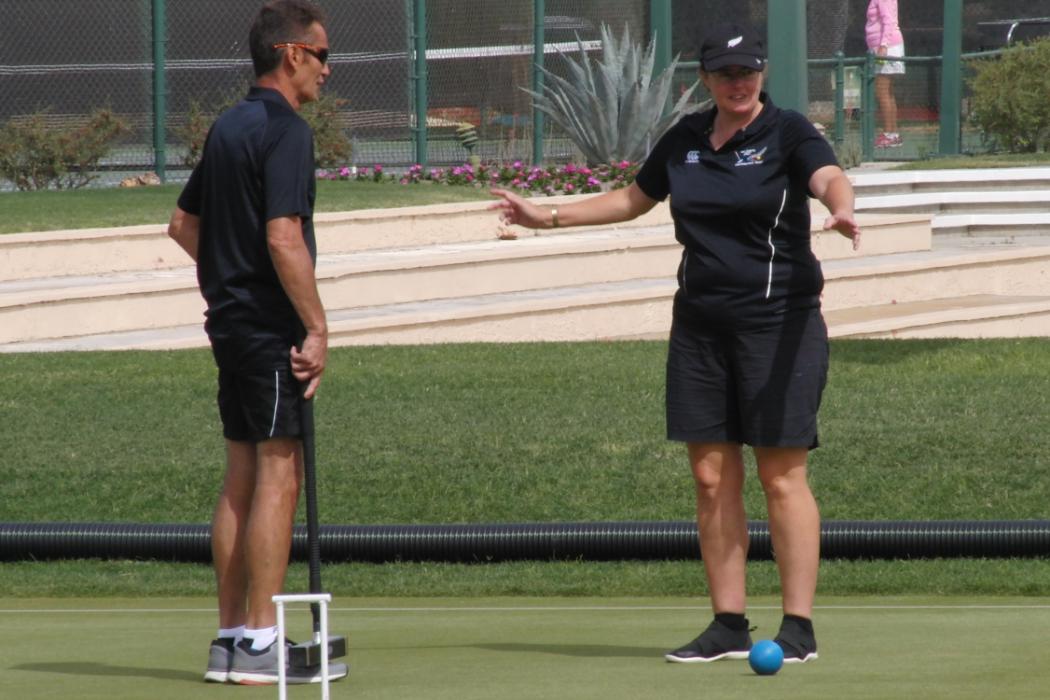 The UC Senior Lecturer in the School of Health Sciences worked in a team of the world’s leading croquet players to write the sequel to the 1985 ‘bible of croquet coaching’, Keith Wylie’s Expert Croquet Tactics. The team created Beyond Expert Croquet Tactics, published in December 2019. If you want to know about new tactical developments such as triple peeling, sextuple peels and super-shot openings, this is where to go.

In a glowing review, Croquet UK noted the new book also covers the psychological aspects of self-development, match preparation, competing effectively, as well as equipment, statistics and a history of top-level play. It has everything an aspiring champion croquet player could want and Dr Clarke could have hung up her croquet shoes right there, but she had her sights on the next goal.

Her latest contribution to croquet is the application of Motion Capture technology to assess wrist injury risk in the croquet swing. In a lesser-known sports code that receives limited attention (and funding), this research is ground-breaking. Providing detailed insights, it has the potential to improve performance and limit injuries.

“In croquet, wrist injuries are a major problem,” Dr Clarke explains. “And considering that many players are over 60 years old, they don’t need to be doing something that will cause repetitive injuries.”

To dive deep into the biomechanics of the wrist action, Dr Clarke brought Canterbury’s croquet players into a lab at UC and fitted them with retroreflective markers that were lit up by infrared light and tracked by a 3D motion capture system to enable analysis of each players’ movement pattern. She found that the more the wrist moves during the swing, the more the mallet twists sideways as it is being swung. This is not necessarily an optimal outcome, as more wrist movement creates greater risk of injury, and the sideways twist is a recipe for poor performance. The results were published in the academic journal Applied Sciences.

Another significant recent contribution is an in-depth article for Croquet World analysing the uses of the Cowing Performance Analysis (CPA) tool, which Dr Clarke discovered while on sabbatical in the United Kingdom last year. She enhanced CPA into an athlete-centred coaching and international performance assessment and player scouting tool. The feedback has been overwhelmingly positive, with coaches all over the world using the upgraded tool to enhance their coaching and their players’ performance.

Dr Clarke first discovered croquet at Oxford University in the mid-1990s. She was studying physics, which, after graduation led her to work at the Stanford Linear Accelerator Centre and then to join the team searching for the ‘God particle’ at the CERN Large Hadron Collider. The team announced discovery of this particle, also known as the ‘Higgs Boson’, in 2012 and Sir Peter Higgs, the Scottish theoretical physicist who proposed the particle’s existence, was awarded the Nobel Prize in Physics the following year.

Through all of this, Dr Clarke continued to improve her croquet game.

A graduate of UC’s College of Science, she returned there to lead the CERN-UC research programme in 2005. Three years later, she was offered the opportunity to combine her love of science with her love of sport, moving to what is now UC’s College of Education, Health and Human Development to join the Sport Coaching team.

“The team is amazing and the Bachelor of Sport Coaching has become incredibly popular at UC. It includes several different disciplines including majors in strength conditioning and performance analysis – which is where biomechanics sits – and leadership and physical education.”

Lessons from croquet apply to all sports, she says. “You can stand there and practice hitting a croquet ball in a straight line all day, but my coaching is about getting people to think about what they are doing and to understand the feel of a good stroke. We also try to develop thinking players who can choose the best line of play for a given tactical situation.” Applying this method personally, Dr Clarke went from a golf beginner to a single-figure handicap player in two years. She still cross-trains with golf to keep her croquet skills sharp.

Croquet has taken Dr Clarke around the globe, given her a community, directed a large area of her academic research and even introduced her to her husband, one of the period's great champions Chris Clarke.

Having reached world-class sport and academic achievements, croquet is a way of life that encompasses the local community as well, she says. The Clarkes are life members of the Canterbury Croquet Association and members of arguably the country’s best-known croquet club, United of Christchurch. Dr Clarke was recently inducted into the Croquet New Zealand Hall of Fame.

The Sport Coaching team at UC includes multi-specialists Professors Richard Light and Nick Draper. UC offers the only specialist sport coaching degree in New Zealand – the internationally recognised Bachelor of Sports Coaching – which contains a range of qualifications that lead to a number of careers including professional sports coaching, management, and teaching (when combined with a second teaching subject and postgraduate qualification).