How can we live well in cities so young people can flourish but not stress the planet? Research teams in seven cities around the world, including Ōtautahi Christchurch, are exploring this question. 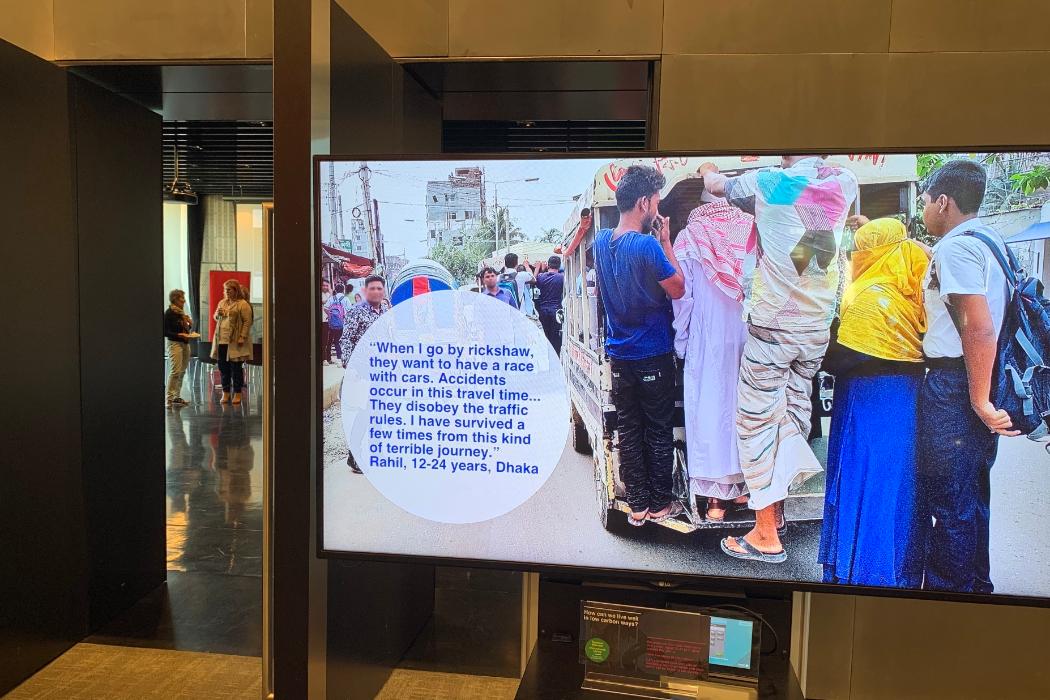 One of many images from the global Young Lives project, now on display at Tūranga library.

The global project, Young Lives in Seven Cities, is coming to Christchurch featuring a discussion series, the launch of a city-wide online survey for young residents, and an exhibition from 18 March at Tūranga Central Library.

By 2050, seven out of ten young people will live in an urban area. It follows that if the world’s young people are to have a more sustainable and prosperous future than the one they currently face, then change has to start in the world’s cities.

Young people’s lives can look very different depending on where they live in the world, but what connects them is urbanisation, Professor Hayward says.

“We’re interested in finding out what cities can do to better support quality of life for young people in low-carbon ways. That includes understanding their aspirations and life satisfaction and their energy use across five domains: what they are eating, how they’re getting around, how they live at home, and their time use – study, work and leisure activities.”

At a global level, initial results highlight a water crisis in many cities as poor governance combined with environmental change restricts access to clean running water in four of the seven cities, (Dhaka, Makhanda, São Paulo, and New Delhi). Air and noise pollution along with inadequate public transport and physical safety are other issues reported alongside huge educational stress in many cities as young people strive to use education to escape poverty.

Students also took photos or sketched drawings to illustrate their everyday lives and images from the seven cities are on display on level 1 of Tūranga, in central Christchurch, from 18 March to 15 May.

In Christchurch, 60 students have so far shared their thoughts and photos from a day in their lives. Initial results suggest that the city’s green spaces matter and young people value and benefit from public activities; everything from festivals to low-key street activity. Very different food consumption patterns are being observed across Christchurch, ranging from traditional high-meat and high-dairy diets in some communities while others report food insecurity.

Cold housing also emerged as a big issue across many Christchurch suburbs. “It was striking how many people talked about wearing puffer jackets or using extra blankets at home to keep warm because of power bills,” Professor Hayward says.

Concerns were expressed about everyday racism and domestic violence, but many students really enjoyed local parks, play spaces like the Margaret Mahy Playground, and having the opportunity to just hang out with friends and see the hills, she says. They wished there were more places than the malls to hang out, and that wifi was easier to access.

The CYCLES study, due to be completed in 2020, supports a new global focus on cities in social sciences including, for example, the next Intergovernmental Panel on Climate Change Assessment which will examine cities and infrastructure and of which Professor Hayward is a coordinating lead author. The study is funded through the UK Economic and Social Research Council (ESRC), in conjunction with the Centre for the Understanding of Sustainable Prosperity (CUSP). Professor Hayward is a co-leader of CUSP.

Have your Say! Are you aged 12-24? Living locally? Come along to Tūranga. We want to hear your views on what you like and would like to change, about living in Christchurch Ōtautahi, food and refreshments provided, 25 March 5.30pm-7pm Spark Place, ground floor, Tūranga.

Free Seminar Series: Our City, Our Youth, Our Wellbeing: Our Big Conversations, every Wednesday night hosted by UC’s Civics Lab, with guest speakers talking about some of the big issues confronting young citizens.