Powerful, insightful and coming to the University of Canterbury in Christchurch, The Dawn Raids – Educate to Liberate exhibition seeks to inform people about a little-known event in New Zealand history. 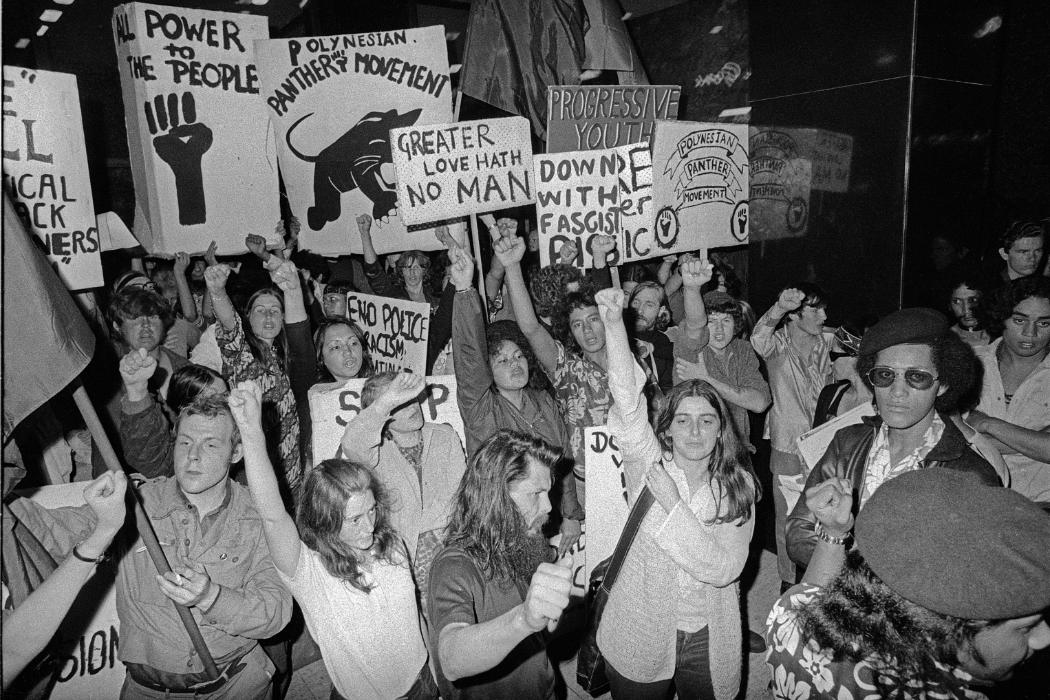 Powerful, insightful and coming to the University of Canterbury in Christchurch, The Dawn Raids – Educate to Liberate exhibition seeks to inform people about a little-known event in New Zealand history.

Inspired by producer Pauline Smith’s book, DAWN RAID, part of the My New Zealand Story series (Scholastic), this exhibition gives a brief account of the dawn raids of the 1970s in Aotearoa New Zealand. It documents the courageous activities of the Polynesian Panthers and their fight for social justice.

In the mid-1970s, people from the Pacific Islands were targeted by the New Zealand Government and scapegoated for the economic crisis of the time. The Government introduced the practice of dawn raids, allowing police and immigration officials to break into the homes of Pacific Island people in the early hours of the morning and demand proof of residency, permits and passports. This was a terrifying and humiliating experience for many people and the shame and hurt often lingered.

The Polynesian Panthers fought for social justice and protested against unfair treatment and the oppression of Pacific Island people as they encouraged immigrant families across New Zealand to stand up for their human rights.

For The Dawn Raids exhibition, the Matariki Gallery, in the Matariki building on the University of Canterbury’s (UC) Ilam campus, will be themed as a Pacific Island family’s lounge room. This will form the backdrop for original artworks, memorabilia and photographs from the dawn-raid era and informative, historical perspectives of the events drawn from extensive research and personal interviews undertaken by Smith.

“The value of having our own Pasifika history in Aotearoa amplified and visible on this campus of higher learning cannot be underestimated in terms of what that visibility means to us as Pacific people, students and staff,” UC Director of Pasifika Development Pauline Luafutu-Simpson says.

“The Pacific Development team is grateful to UC Foundation for sponsoring The Dawn Raids exhibition and community launch.”

UC is also hosting a series of related public talks, with Smith and members of the Polynesian Panthers, such as Tigilau Ness, Dr Melani Anae, Rev Alec Toleafoa, and Will ‘Ilolahia.

The Dawn Raids: Educate to Liberate exhibition and public talks are on during UC Diversity Fest, which runs during September and October.

“My interest was sparked about the dawn raids when I began lecturing a Pacific Studies paper at the College of Education. Given that this was a significant event in New Zealand history, it surprised me how few of the students had any knowledge of it. It also became clear the perception was, this didn’t really affect people in the south, and, it was an event that was confined to Auckland and Wellington; which is not true. First-hand interviews with Pacific people who migrated to the south in the 1960s-1970s confirmed that they were indeed targets of police and immigration attention based on unfair Government policies.

“It was a surprise for me to learn that my own father had been ‘tracked’ to Invercargill, with police arriving at our front door to ask for his paperwork, which thankfully was in order.

“The exhibition seeks to inform and educate about how the dawn raids affected the lives and well-being of a range of people. It considers the targeted Pacific Island people, the role of the Polynesian Panthers to address this injustice and the perspectives of police officers, who at times could also be considered victims of the practice.”

The University of Canterbury is proud to host The Dawn Raids: Educate to Liberate exhibition and public talks: