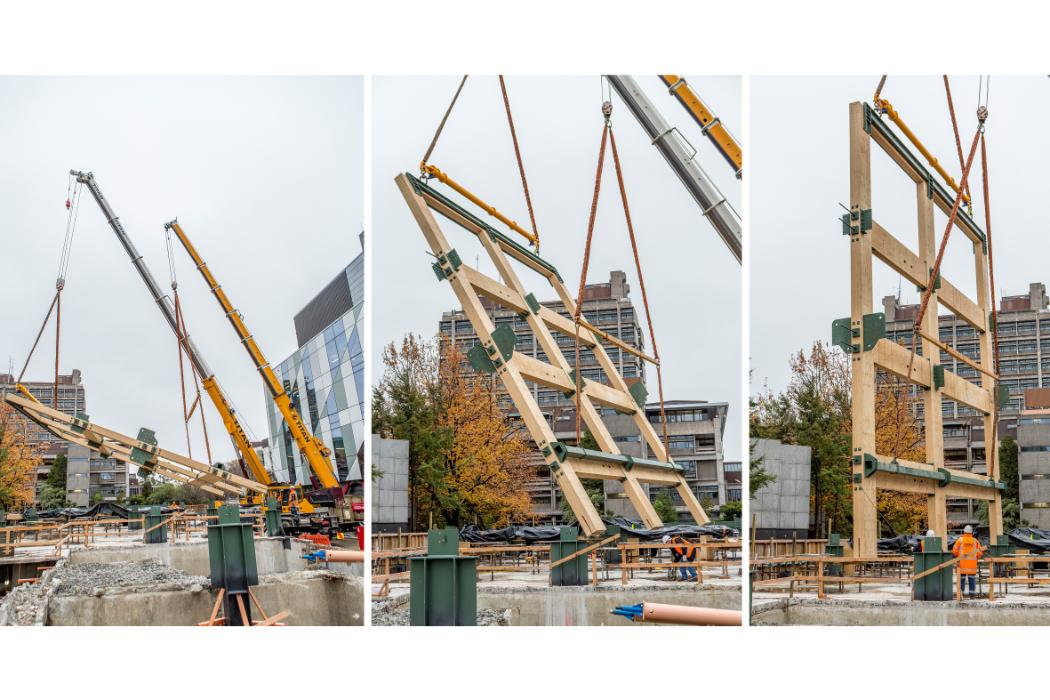 It will be the first multi-storey building combining timber moment-frames and cross-braces in New Zealand. A moment frame is a two-dimensional series of interconnected members that uses rigid connections. It can resist lateral and overturning forces, is more flexible than other framing and allows larger movements in earthquakes.

“The post-tensioning rods act as rubber bands and re-centre the structure during an earthquake. Additionally, steel angles act as dissipative fuses that will absorb the energy of an earthquake. The angles are external to the timber members and replaceable allowing for reduced disruption following an earthquake,” Professor Palermo says.

This UC-designed technology is being taught to UC engineering students and is being used in buildings world-wide.

“New Zealand is a world leader in this sector. By teaching our next generation of engineers this technology and similar earthquake design philosophies applied to other materials, we will make our built infrastructure more resilient,” Professor Palermo says.

The building will be a central part of UC’s Science precinct, connecting into both the Ernest Rutherford and Biology buildings. Scheduled to be completed in 2019, the Beatrice Tinsley building will house College of Science | Te Rāngai Pūtaiao staff and postgraduate students.

Known as “Queen of the Cosmos” her work has had a profound influence on what scientists know about stars, the galaxy and the Universe itself.

Professor Tinsley will be celebrated at UC this week in a unique new musical work that melds STEM subjects with the Arts to focus the microscope on the lives, discoveries, work and achievements of unsung female scientists, when UC Arts presents the world premiere of Free Radicals, a musical response to the often unsung achievements of women in science and technology.

Last month, The New York Times featured her in its “Overlooked No More” obituary series, highlighting remarkable people whose deaths were unreported at the time, Beatrice Tinsley, Astronomer Who Saw the Course of the Universe.