The lessons of the 1918 influenza pandemic could help inform planning for a future pandemic in New Zealand, according to historian Dr Geoffrey Rice. 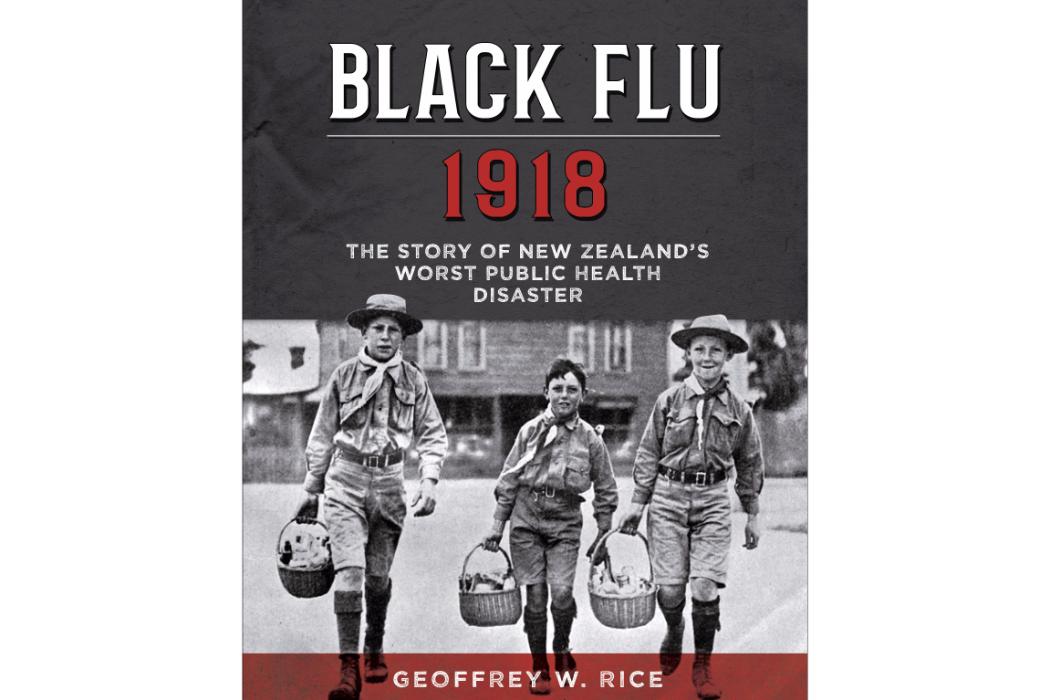 The lessons of the 1918 influenza pandemic could help inform planning for a future pandemic in New Zealand, according to historian Dr Geoffrey Rice.

Dr Rice had New Zealand’s secondary school students in mind as he worked on Black Flu 1918: The story of New Zealand’s worst public health disaster, a condensed and updated version of his 2005 book Black November.

The pandemic was New Zealand’s worst public health disaster. The whole country seemed to shut down for several weeks in November 1918. Because the victims’ bodies turned black when they died, many believed it was the plague.

“It’s a topic commonly covered in the New Zealand secondary school curriculum. This edition is a slim version, with colour photos and illustrations which will appeal greatly to students,” says Dr Rice.

“In writing for this audience the key was to be myself and just enlighten them.”

“It remains, for instance, the worst disease since the Black Death and it changed the end of the First World War. So many troops were affected they couldn’t be sent on strategic offensives. If it weren’t for the flu, the face of Europe following the war could have been very different.”

The book poses the question ‘Could it happen again?’ The risk of another major influenza pandemic is even greater now, thanks to international jet travel. However, global flu surveillance should give us better warning, and we now have anti-viral drugs and antibiotics to deal with the secondary pneumonia that was the real killer in 1918.

Dr Rice says that when planning for a future pandemic, people needed to consider the resources they have and what systems are in place to deal with another massive health crisis.

“If you know what has happened in the past, you can avoid making mistakes in the future.”

Dr Rice’s original 1988 book Black November, which included graphs but no photos, was the first national level study of the 1918 influenza pandemic based on individual death certificates. For that work Dr Rice interviewed as many survivors as he could find – about 150 people.

He says it was important to revise the book for a second edition in 2005 because the academic and non-academic literature on the influenza pandemic had expanded hugely since the 1990s. The second edition also included numerous photos and a selection of the best interviews and letters from survivors. The new publication, Black Flu 1918, features new colour illustrations, and includes work done by Professor Nick Wilson on memorials to the epidemic, including Māori memorials.

“The registration of deaths of Māori is very incomplete and it is likely that less than half were registered in some regions like Northland and Waikato,” says Dr Rice, who will be giving a paper on the subject of Māori death records in 1918, on the centennial of the pandemic, at an international conference in Madrid in November.