Antarctic research, predicting volcanic eruptions, and local anti-nuclear campaigners were the winning topics in a fast-paced University of Canterbury competition for postgraduate students.

Three Minute Thesis (3MT) challenges Masters and PhD students to sum up their research topic and pitch it to an audience in three minutes or less, using just one PowerPoint slide and their enthusiasm.

This year, all 14 University of Canterbury entries for the 3MT final were pre-recorded video presentations rather than being delivered in person. Four winners were announced at an event held on campus last night.

Antarctic Studies PhD student Natasha Gardiner was “super stoked” to win first place and a $5000 prize for “Defrosting an icy relationship in a warming world”.

Her thesis explores the relationship between the Antarctic research community and policy makers, which Gardiner says is a critical interface between knowledge and action.

Gardiner, who is planning to spend some of her winnings on an electric bike, says her research will use workshops, interviews and surveys to offer an integrated examination of this relationship through the eyes of the people involved.

“What does it look like when this relationship is working really well, and what are the drivers and barriers for success? …My research is the first to address these questions in the Antarctic context.”

Geology Masters student Charles Ching, who is focusing his research on Mount Ruapehu, was the second place winner taking a prize of $2000 for “How staring at a lake can save lives”.

Over the past few months Ching has regularly climbed the active, North Island volcano to observe the crater lake Te Wai ā-moe where previous volcanic eruptions have occurred. He has analysed photographs of the lake’s surface to identify dark and yellow patches, which are signs of volcanic activity.

His study has identified five volcanic vents beneath the lake, when previously only two of these were known about, and also found the lake is far more dynamic than previously thought, which is likely to change the way GNS Science monitors the volcano.

“All of this information helps to better predict when and where the volcano will erupt from in the future which will allow people to be evacuated from the busy ski slopes on the volcano before it erupts and will hopefully save lives,” Ching says.

His thesis explores how Dr Kate Dewes, a former teacher, and her husband Robert Green, a former Commander in the British Royal Navy, became anti-nuclear campaigners and formed the Disarmament and Security Centre in Christchurch in 1998.

Biological Science PhD student Ilina Cubrinovska won the People’s Choice Award based on audience votes for her presentation, “Why dating your cousin in an apocalypse is a bad idea”.

She is investigating how to mitigate the effects of in-breeding in the endangered tūturuatu (New Zealand shore plover).

UC Professor Ian Wright, Deputy Vice-Chancellor (Research and Innovation) says the presentations showed the fantastic depth of post-graduate research at the University and the potential for students to communicate and use their research to lead change.

“The enthusiasm and focus of these outstanding students is inspiring. Their work has the potential to improve our lives in the future and help us learn from the past.”

Heats were carried out across the campus before last night’s event, which was sponsored by Research First. The judges were UC Dean of Postgraduate Research Megan McAuliffe, UC Research and Innovation Director Elizabeth Hopkins and Research First Director Carl Davidson.

Charles Ching, as the winning Masters student, will represent the University of Canterbury at the New Zealand nationals at a virtual event on 31 August (hosted by Waikato University).

Natasha Gardiner, as the winning PhD student, will also virtually represent UC at the Asia-Pacific finals hosted by the University of Queensland, where 3MT originated, on 20 October.

To vote for Natasha in the 'people's choice' section of the Asia-Pacific 3MT Semi-final Showcase click here. 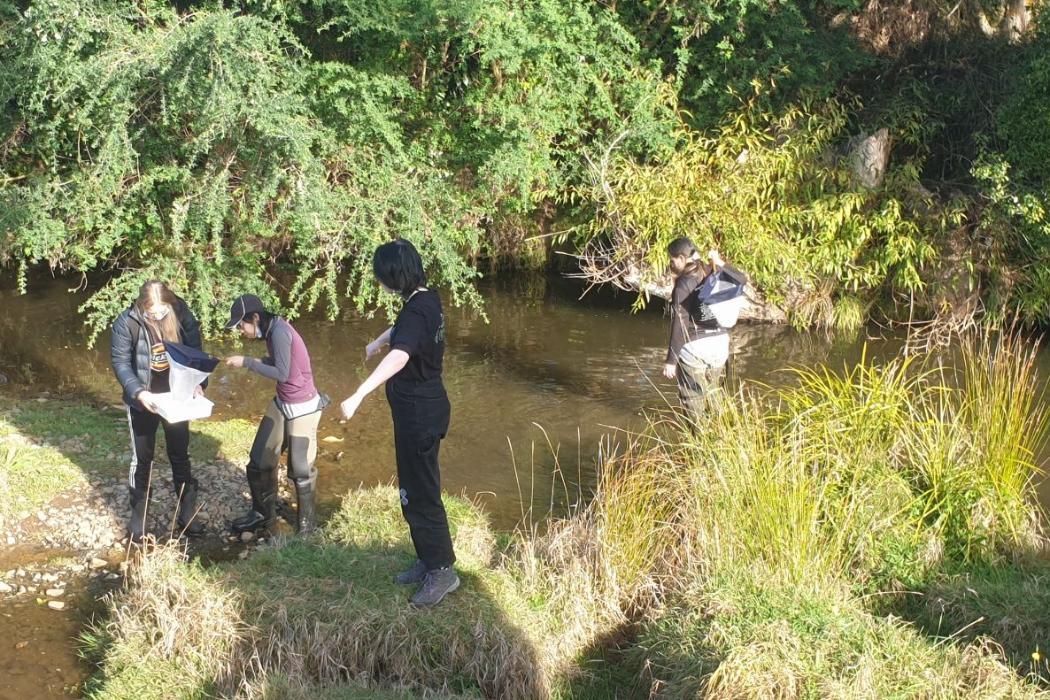