A new book by University of Canterbury historian Madi Williams offers a fresh perspective on the history of Polynesia during the medieval period, focusing on Aotearoa New Zealand, Chatham Islands (Rēkohu) and Easter Island (Rapanui). 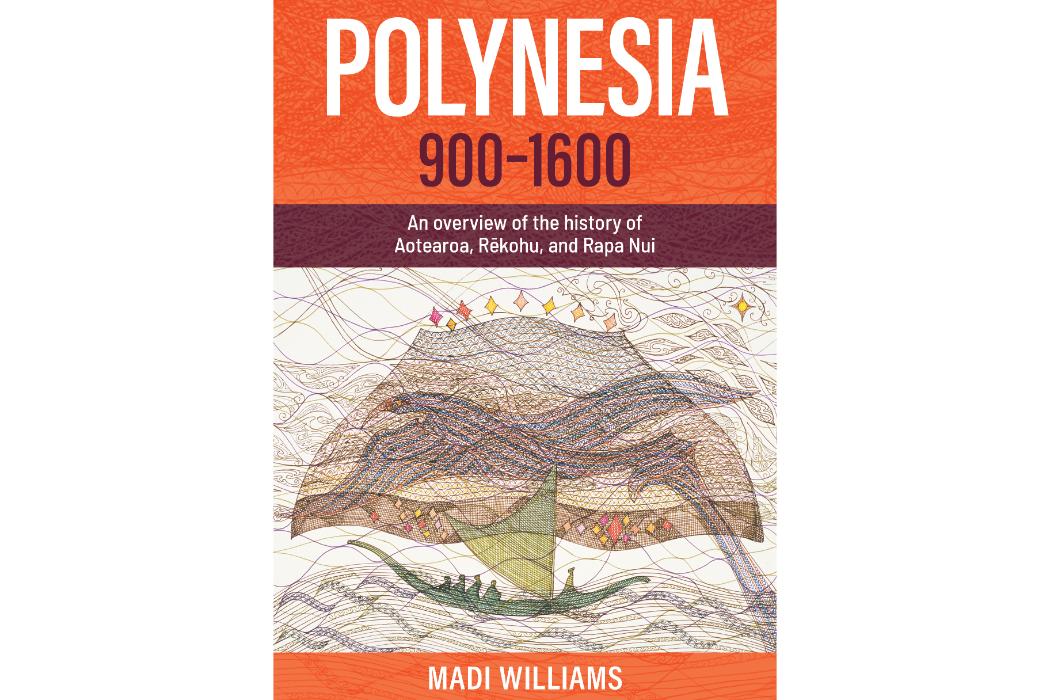 Polynesia, 900–1600, published in New Zealand by Canterbury University Press, is a Pacific history by a Pacific historian informed by an understanding of the European Middle Ages.

Polynesia, 900–1600 was written in response to a wider global approach to medieval history. Williams, who was then a postgraduate student at the University of Canterbury, was commissioned by UK-based publisher Arc Humanities Press to write a Polynesian-based history for its Past Imperfect series. The series presents concise critical overviews of research in the period known, in a European context, as the Middle Ages.

Williams’ book aims to add to the understanding of the development and expansion of Polynesia during premodern times, in an account that incorporates oral histories, historical analysis and archaeology.

“Having a diversity of voices and perspectives in the historical literature, as opposed to having one view on this part of the world, is essential. A lot of my book is spent critiquing how history has been approached and the whole concept of the ‘Middle Ages’. Alongside recording the history, I want to open people up to new concepts as well.”

The approach has its complexities. On indigenous perspectives, Williams acknowledges she is Māori, not Moriori or Easter Islander – the other islands she writes about. However, even this is a way of showing ‘Polynesia’ as more diverse and multi-cultural than European perspectives tend to have recognised.

And although she brings new perspectives to a Polynesian-based medieval history, she does so in English and in a book format.

“There are always things to navigate, and it is never perfect,” she says.

Support from mentors was invaluable, she adds. “I was lucky because I had the Ngāi Tahu Research Centre and also Dr Chris Jones, one of my supervisors on my PhD from the history department, who helped me with guidance and read drafts of the book.”

History is as much about the perspective of the historian as it is about telling the story of past events, Associate Professor Jones says.

“Whether confronting or comforting, that is what makes it worthwhile. The global turn now brings us a Pacific history by a Pacific historian informed by an understanding of the European Middle Ages but shaped by post-colonial Aotearoa,” he says.

Williams lectured part-time at Aotahi – School of Māori & Indigenous Studies at the University of Canterbury while writing the book. Now lecturing and researching full-time at UC, her next project is based on her PhD research exploring the identity and history of Te Tauihu iwi Ngāti Kuia. This book, which is supported by a Judith Binney Writing Award 2021, is intended as a taonga (treasure) for whānau, she says.

The New Zealand edition of Polynesia, 900–1600 is published by Canterbury University Press.