Stories of family past investigated

An acclaimed writer is venturing overseas to study another language in order to piece together the puzzle of his own family history. 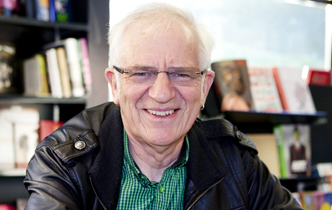 An acclaimed writer is venturing overseas to study another language in order to piece together the puzzle of his own family history.

Whilst in Berlin, Dr Holman is going to research his own family history and uncover the path his great aunt took after marrying a German gentleman before the First World War. He hopes to eventually write a book about what he finds while he is in Germany.

“There are a whole lot of little threads. What I am trying to write is not just about family but also to open a door to history itself,” he says.

“I am writing history from a personal family perspective, but I also hope that using the lens of my links to people from a bygone era will open up a particular area of interest, such as the experiences of expatriation during both world wars.

“It will be interesting to learn about what it would have been like living in Germany during the First and Second World War.”

Dr Holman will spend eight weeks in Germany during the course and will live with a German family.

“I will be living around the language, travelling to the school every day on German transport and immersing myself in the German language and culture.

“The important thing for me is not just to learn the language, but also to meet people who will be able to help me discover the information I need.

“The fun part is that you don’t know what will happen, but if you don’t take the risk and jump off and expose yourself to sleepless nights and lots of travel then you don’t get a result.

“There is a story there and I am looking forward to getting into it,” he says.