NZ has the fifth worst child abuse record out of 31 Organisation for Economic Co-operation and Development (OECD) countries with, on average, one child killed every 5 weeks. 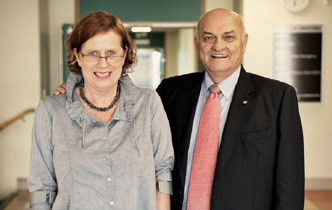 New Zealand has the fifth worst child abuse record out of 31 Organisation for Economic Co-operation and Development (OECD) countries with, on average, one child killed every five weeks.

A University of Canterbury social work expert and researcher, Dr Annabel Taylor, says most of these children are under the age of five and the largest group is less than a year old. Ninety per cent of all child deaths are perpetrated by someone the child knows and nearly 9000 children a year are born at risk. This represents one in 30 New Zealand children.

Dr Taylor is a member of and assisting the Sir Owen Glenn National Think Tank Inquiry into child abuse.

She is providing reports and writing in the areas of domestic violence and child abuse to ensure the inquiry is aware of all relevant information.

"The inquiry wants to speak to anyone affected by domestic violence and child abuse or is a front line worker. Think Tank members will be assisting with interviews throughout the country.

"I will also be supporting other Think Tank members with critical peer review and the analysis of various report summaries and data collected as part of the scope of the Inquiry."

The Glenn Inquiry team is analysing a raft of government inquiries and reports on child abuse and domestic violence and looking at recommendations that were made to see to what extent these have been followed through with. This the first time this exercise has been undertaken.

The Glenn Inquiry has been funded via his family foundation for improving the lives of families and children in New Zealand.

The findings of the Inquiry will be delivered early next year and Sir Owen hopes to present his findings to the United Nations. Senior lecturer Yvonne Crichton-Hill is another UC academic involved in the Inquiry.