A powerful combination: how new technology could both generate energy and capture carbon from the sky 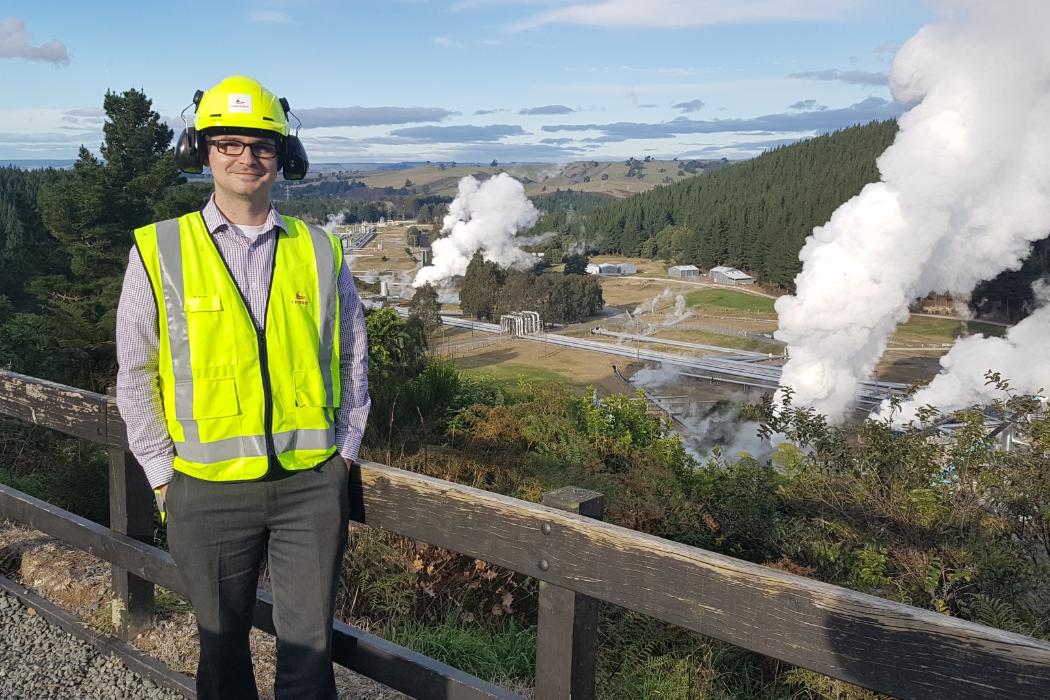 New Zealand is a world-leader in geothermal technology, a renewable source of electricity and heating for homes and industry. In 2020, about 18% of New Zealand’s electricity came from geothermal.

However, some of our geothermal fields have been in the spotlight lately for their CO2 emissions. This is because there is some CO2 dissolved in the hot water that comes out from underground – a result of deep volcanic processes – and this is released into the atmosphere during electricity generation. Generators like Contact and Mercury are conscious of this and are looking for ways to reduce their emissions.

Finding new ways to minimise, or even reverse, emissions from geothermal can help New Zealand decarbonise its electricity sector by 2030 and reach a net-zero economy by 2050, as set out in the 2019 Zero Carbon Act.

Karan’s PhD project focuses on an exciting method to not only eliminate CO2 emissions from geothermal, but also take CO2 out of the atmosphere and lock it up underground. This is called carbon sequestration, and it is essential if we are to avoid the catastrophic effects of climate change.

Unfortunately, traditional sequestration used in the oil and gas industry is very challenging. The injection wells are very deep and cost tens of millions of dollars, while the CO2 is buoyant and tries to leak back to the surface.

“Geothermal systems solve both these problems. The wells have already been drilled, and we can dissolve CO2 into water that has to be reinjected anyway.” Karan says. “This new approach is already being trialled in Iceland.”

In his research, Karan has investigated a new technology called Geothermal-BECCS (Bioenergy and Carbon Capture & Sequestration). This technology sees forestry waste burned to generate electricity, and the CO2 that is given off is captured and injected underground. This CO2 was absorbed from the atmosphere as the tree grew, and would return back to the atmosphere if the waste was simply left on the ground to rot.

This concept pairs extremely well with geothermal plants, which already have systems in place to put fluids underground (called reinjection wells). At the same time, bioenergy and geothermal energy can combine to generate more electricity than geothermal alone.

Most of New Zealand’s geothermal fields are close to major forests, so the biomass is available and doesn’t have to be transported long distances. Between current government incentives and a record high CO2 spot price of $80/tonne, there is an exciting opportunity for cross-industry research in this space.

“Karan’s work is targeting some really key issues for Aotearoa’s future energy system,” says supervisor Dr. Rebecca Peer. “Providing a reliable pathway for electricity generation that has net-negative emissions is very powerful, and sets a great example for the rest of the world.”

Karan has shown that a typical geothermal plant could end up eliminating from the atmosphere as much CO2 as would be emitted by a large natural gas power plant. And revenues from carbon credits could exceed tens of millions of dollars. Nevertheless, public engagement and transparency when dealing with CO2 sequestration will be critical going forward.

“Although this work is at an early stage, we think it’s a hugely promising step forward, particularly as the world’s economies continue major plans for decarbonisation,” says co-supervisor Dr. David Dempsey. “Aotearoa is a beautiful country with an abundance of natural resources. We have a real opportunity and responsibility to lead the way in the global decarbonisation effort.”

How NZ could become a world leader in decarbonisation using forestry and geothermal technology (theconversation.com) 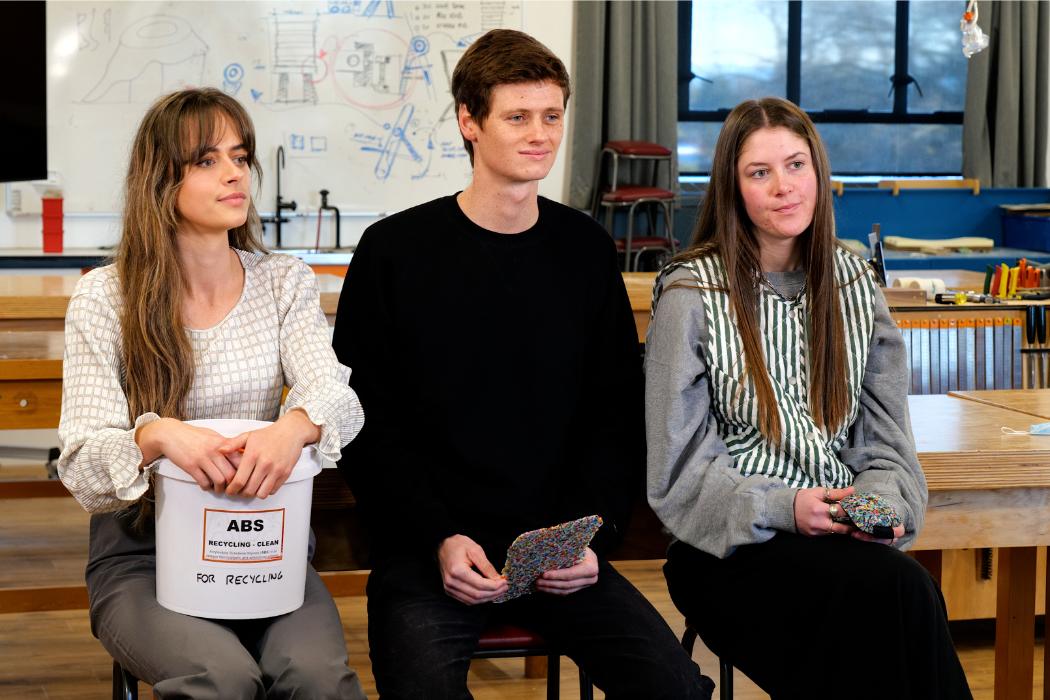 From plastic waste to protective gear

#PlasticFreeJuly
Armed with a bucket-full of plastic scraps from a 3D printer, Engineering Product Design students got busy making treasure out ...