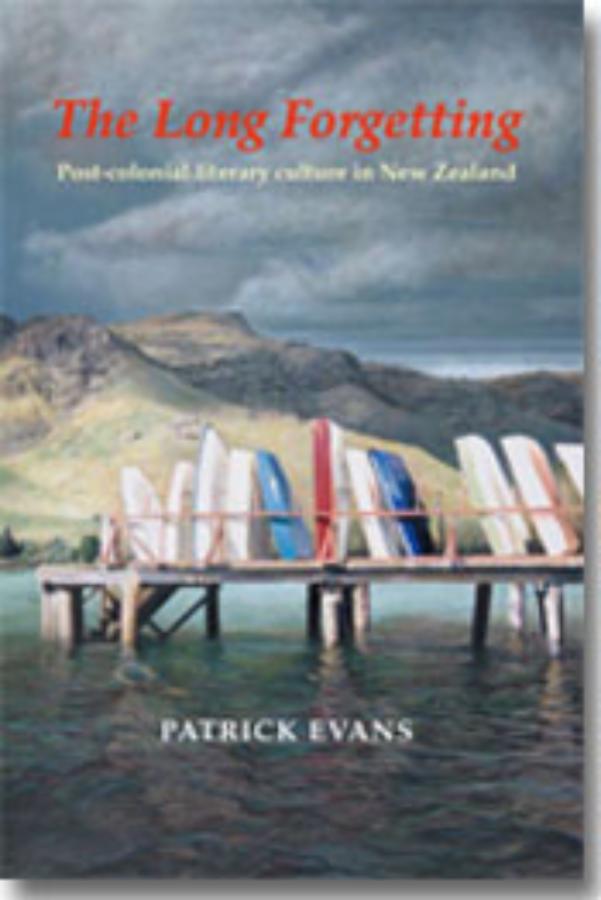 Beginning with a survey of the wrenching economic, social, and cultural changes that have occurred since 1970 – including Maori protest, the anti-tour protests of 1981, Rogernomics, Ruthanasia, the ‘fiscal envelope’ and the America’s Cup win – it then moves back to the nineteenth century and the formation of Europeans’ relationship with Maori.

Subsequent chapters survey recent critics’ work in breaking up the myth of male-dominated cultural nationalism that occupied much of the mid-twentieth century, and, returning to the years since 1970, show the rise of new writing by women, gays and Maori.

Along the way, The Long Forgetting ranges from high culture to the popular – from po-faced nineteenth-century poetry and the Te Maoriexhibition to sheep-station romance, Whale Rider and bro’Town.

Patrick Evans has studied and taught New Zealand literature at the University of Canterbury since 1978. His critical books include Janet Frame (1977) and The Penguin History of New Zealand Literature (1990). He has also published two novels, prize-winning essays and short fiction, and has had plays performed in New Zealand and Australia.