The Land of Doing Without: Davey Gunn of the Hollyford 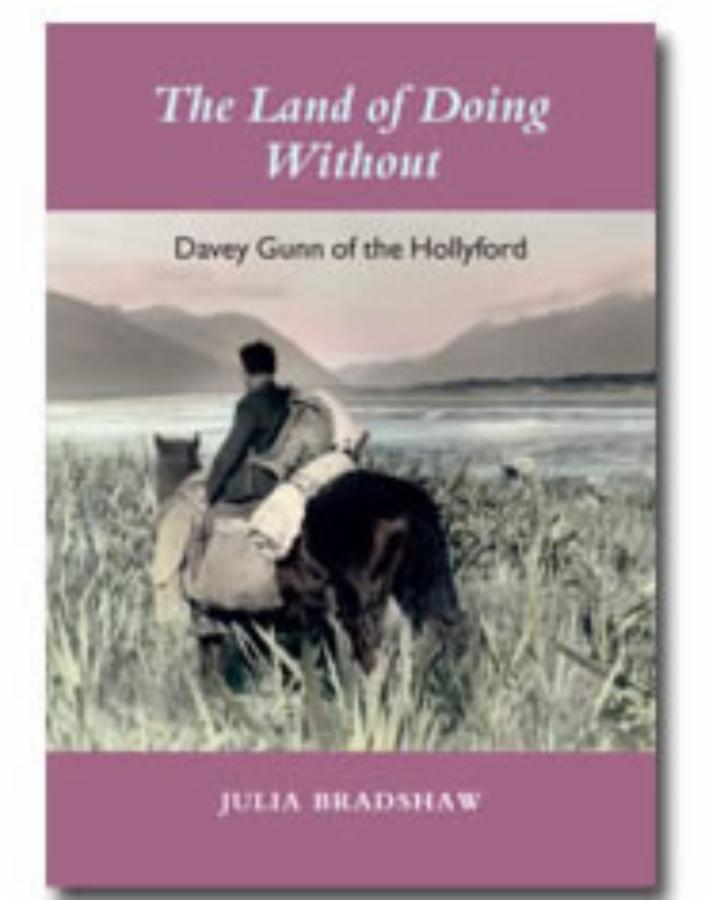 'He was made of horseshoe nails and whipcord.’

Davey Gunn, a true No. 8 wire man and national legend, lived 30 years in Fiordland’s rugged Hollyford Valley and put the area on the map.

In The Land of Doing Without, Julia Bradshaw documents his solitary life managing one of the most isolated cattle runs in New Zealand and his battle against the insuperable odds of difficult country, isolation and the Depression.

Bradshaw also records how Davey became known throughout New Zealand as a back-country hero for his 20-hour journey on foot to raise the alarm after a fatal plane crash at Big Bay in 1936. His efforts saw the four survivors rescued, and the legend of Davey Gunn began.

Gunn was also keen to share the land he loved, and in the mid-1930s he pioneered guided walking and riding trips in the Hollyford and Pyke Valleys. Gunn did more than any other individual to alert travellers throughout New Zealand and the world to the unparalleled beauty of this part of Fiordland.

The Land of Doing Without brings to life the memories of many of Davey’s contemporaries, and explores the man behind the legend: his quirks, his fortitude and his legacy.

'Altogether she's woven an excellent portrait of Davey Gunn, one of those unforgettable characters that have enriched our backcountry history.' Shaun Barnett, New Zealand Wilderness

'A fascinating chronicle of one of life's reluctant "characters" from an author with a special interest in the social history of Fiordland.' Margaret Mayston, Timaru Herald

'Julia Bradshaw has written a model book of this genre: a deftly-stitched patchwork of narrative .... Bradshaw writes fluidly ... to paint a vivid portrait of Gunn and those around him.' Philippa Jamieson, New Zealand Herald

Julia Bradshaw has been researching and writing local history for 16 years. A summer job as a guide on the Hollyford Track in Fiordland ignited Julia’s research interests, which include the social history of Fiordland, the West Coast, the South Island’s goldfields and early Chinese immigrants to New Zealand.

She lives on the West Coast, near Kokatahi, with her partner, Eddie Newman, who shares her passion for exploring New Zealand’s remote places.

She has worked in museums for the past 12 years and is currently employed by Shantytown, Greymouth, researching stories for the town’s planned redevelopment.