The Confucius Institute at the University of Canterbury aims to bring understanding and appreciation of Chinese culture and language to our local community - the South Island of New Zealand. We have a range of programmes designed to enhance cross-cultural understanding, which we offer both to students and to the general public.

Mandarin Language Assistants (MLAs) are postgraduate students from China who come to New Zealand for 1 – 3 years to teach Chinese in New Zealand schools. This year, there are 42 Mandarin Language Assistants and three Mandarin teachers employed by the Confucius Institute at the University of Canterbury teaching Chinese. The MLAs typically live with local families and help students to increase their Mandarin language ability and run or teach cultural activities. The programme was signalled in the Free Trade Agreement signed between China and New Zealand in 2008.  The agreement allowed for teachers to come from China to help teach Mandarin in New Zealand.

In 2020, schools are asked to pay an administration fee of $500 per MLA which can be shared among schools hosting the MLA. If the MLA is only at a school part time, the cost is reduced. Other costs are funded by the Confucius Institute Headquarters.

The role of MLAs

The role of an MLA is to teach Mandarin language effectively, provide information and insight into Chinese culture and language, model accurate pronunciation and intonation and assist the classroom teacher.

MLAs may contribute to the Chinese language programmes at participating schools by:

Mandarin Language Assistants are available to teach at primary and intermediate schools. Usually, an MLA will teach classes introducing language and/or culture for 30 – 60 minutes once a week. Most MLAs teach a number of different classes at each school, and will often teach at two or more different schools.

Lessons are designed to be age-appropriate and fun. The hope is that children will develop an interest in learning about different cultures and languages.

MLAs assist in different ways depending on the need of the school. In some schools, the MLA assists the Chinese teacher with lesson preparation and providing opportunities for students to speak with a native speaker.

In other schools, MLAs teach Chinese independently, either as a subject or as an extra-curricular activity.

CIUC also has a specialised Martial Arts instructor. She is available to teach at schools. She can teach regular lessons in Christchurch, or do one-off cultural interactive demonstrations throughout the South Island. She is also available to participate in cultural days.

Many of CIUC’s MLAs are able to demonstrate aspects of Chinese culture such as calligraphy, paper cutting and dance. We often visit schools to take part in cultural days or festivals. Schools usually contribute to the cost of materials.

China will fund the international travel costs and a living allowance for each MLA. In return, New Zealand is responsible for health insurance and making arrangemennts for homestay accommodation. The costs of the homestay accommodation are also covered by the Confucius Institute Headquarters.

The schools should provide support for MLAs in their role teaching Chinese. Particularly, they should give them the opportunity to learn about teaching in New Zealand, including allowing them to observe classes. They should also provide feedback on their teaching. In order to facilitate this, we send an evaluation form to the schools each term and use comments given to improve our level of teaching.

Schools outside city bounds should provide transportation to and from schools. If transportation costs are greater than $25 per week, schools need to top up the difference. MLAs generally do not have access to cars, and often don't have a driver's license.

We do expect lead schools to assist in finding homestay accommodation for the MLAs.

For more information, or to request an application form, please contact:
Confucius-Institute@canterbury.ac.nz

The Centre for Language and Education Cooperation (CLEC) provides full scholarships to students wishing to study in China’s universities. Because Huazhong University of Science and Technology partners with the University of Canterbury, many students from the South Island have studied there. For more information, refer to the links below or email confucius-institute@canterbury.ac.nz.

Please scan the below QR Code for access to Scholarship Q & A. 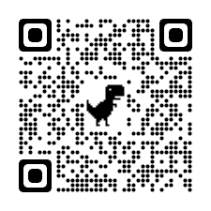 The Centre for Language Education and Cooperation (CLEC) in Beijing runs the HSK, HSKK and YCT Test both in China and across the globe.

All information on the tests and preparation courses will be announced on this website. You can purchase exam preparation materials from the Confucius Institute.

HSK is an international standardised test of Chinese language proficiency, assessing the ability of non-native speakers (including non-Chinese, overseas Chinese and Chinese national minorities) to communicate in their daily life, study and work. The test consists of six levels, serving as a prerequisite for foreign students to study in China and to apply for scholarships; and for foreigners to work in China, apply for permanent residence, and immigration etc. HSK testing is also widely used by multi-national enterprises as a key basis for recruitment and promotion.

In 2023, HSK testing is held at the Confucius Institute at the University of Canterbury respectively once March, May, June, August, October, November and December.

In 2023, HSKK testing is held at the Confucius Institute at the University of Canterbury respectively once March, May, October and December.

In 2023, YCT testing is held at the Confucius Institute at the University of Canterbury respectively once May, August and November.

Please note that all CIUC Examinations are held in-person here on the University of Canterbury campus, with no online or electronic examination options available.

Detailed information about 2023 exams is below:

The Chinese Bridge Competition is coming up soon - a fantastic opportunity to showcase your Chinese language skills and be in to win a scholarship to study in China.

The Chinese Bridge competition is a speech competition for non-Chinese native students from Year 7 to Tertiary level, with series of competitions as per below:

Tuesday 24th May in Columba College, Dunedin, for the Lower South Island Preliminary;

Winners of the national competition will participate in the International Speech Competition online afterwards this year due to the Covid-19. Please see the documents below for more information: Please note that due to the ongoing Covid-19 global pandemic, the New Zealand Principals' Delegation to China will not be taking place in 2022.

Every year the Confucius Institute organises a delegation to China for school leaders. Schools are expected to cover the cost of the flights to and from China, but Hanban pays all expenses within China. The delegation is an opportunity for school leaders to learn about China and experience the culture first hand.

News about the 2019 Principals' Delegation to China

The NZ South Island Principals’ Delegation to China has completed its eleven days’ tour and returned to New Zealand on 19 April. The principals’ delegation consisted of principals and deputy principals from three South Island schools and leaders from the University of Canterbury.

During their stay in China, the principals visited Beijing, Wuhan and Shanghai, experiencing the extensive Chinese history and culture, as well as the rapid development of Chinese economy.

After a short stay in Beijing, the principals visited Huazhong University of Science and Technology (HUST) and the primary school and middle school affiliated to HUST. They also visited one of the top schools in the region, Huanggang High School. The principals had the opportunity to talk face to face with students and staff in these schools and learned a significant amount about the fundamentals of the Chinese educational system. During the trip, members of the delegation were given the opportunity to appreciate not only China’s significant achievements but also the challenges that presently confront China, some of which are particularly relevant to education practitioners in New Zealand.

The delegation explored some famous historical sites during their three days in Beijing. For most of the principals, this was their first experience of China. They were deeply impressed by the scope and grandeur of the Forbidden City and the Great Wall. The delegation also visited New Zealand Embassy in Beijing and the Headquarters of the Confucius Institute, which was the sponsor for the delegation’s trip. The delegation expressed their sincere thanks to the Headquarters of the Confucius Institute as well as CIUC for organising this significant trip as well as offering support to their students at home for their study of the Chinese language and culture.

After this China trip, all the principals said that China is very different from what they expected before they came and now they have a better understanding of China and Chinese people.  They returned to New Zealand with a commitment to ensure that Chinese be taught in their schools and they all expected that there would be greater cooperation in the future between the Chinese and NZ schools.

A cup of tea, and a relaxed chat …

Chinese Tea House is a programme offered by the Confucius Institute at the University of Canterbury. It is a Chinese corner for all UC staff and students as well as the general public of Christchurch city to practice Chinese language and experience Chinese culture. CI staff and volunteers who are native speakers of Chinese will host and organise the tea house. People interested in the Chinese language and culture are welcome to attend.

Tai Chi, or Taijiquan in Chinese, is an outstanding gem of traditional Chinese culture that is valuable in promoting health, developing energy, and improving concentration and overall well-being. The Confucius Institute at UC offers evening classes in Tai Chi.

Please note that CIUC is currently unable to offer Tai Chi classes in 2022, however we hope to have classes resume again in 2023. Please note that due to the ongoing Covid-19 global pandemic, the Students' Cultural Camp in China will not be taking place in 2022.

Every year, we organise a camp for Chinese language students in China. You will have the opportunity to go sightseeing, learn some more Chinese and spend time with a Chinese family. If you are interested, you should talk to your Chinese teacher first. They will be able to give your more information about the camp.

The Calligraphy Competition is organised by the Confucius Institute at the University of Canterbury and is open to all New Zealand school students and Tertiary Institutions. Both native and non-native speakers of Chinese are welcome to enter. Winning entries are collected and published by CIUC in book form.

Link for the 2021 Collection: The 12th Calligraphy Collection