Helen Connon was Canterbury College’s first woman student and the first in the British Empire to receive an Honours degree when her Master of Arts was conferred in 1881. 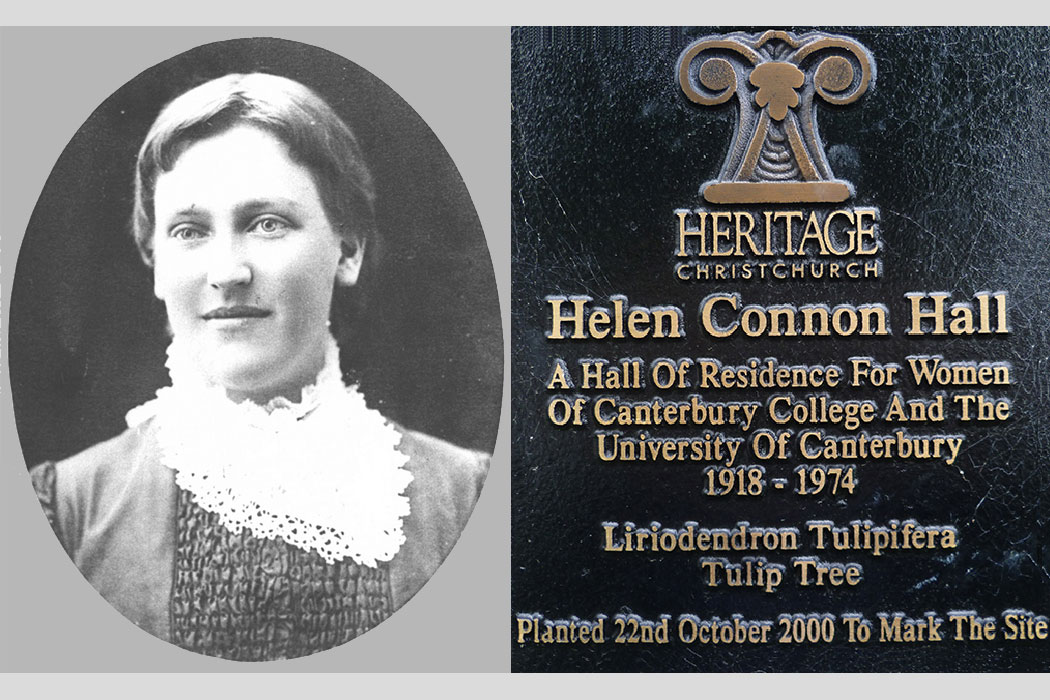 Helen Connon played a pioneering role in the education of New Zealand women. When a founding professor of Canterbury College, John Macmillan Brown, agreed to enrol her, that decision finally settled the issue of admission of women into New Zealand Universities. She graduated with A BA in 1880, followed by an MA with first class honours in English and Latin in 1881.

A tireless worker, she impressed Macmillan Brown by becoming one of five teachers at Christchurch Girl’s High School during her university studies. She became the school’s second principal in 1882 and dedicated herself wholeheartedly to making educational opportunities accessible to girls.

She taught English, Latin and mathematics and introduced practical courses in cookery, shorthand, bookkeeping, nursing and dressmaking while expanding teaching in science and physical education, including gymnastics, swimming and tennis.

She married John Macmillan Brown in 1886 and managed to juggle a busy married life, including two children, with her continued work as principal at Christchurch Girls’ High School until finally resigning in 1894. After an extended period of overseas travel during which her health suffered, she finally died in Rotorua in 1903.

In her honour, her husband established the Helen Macmillan Brown Bursary to be awarded to up to ten women students of UC each year. Women students today still benefit from this special legacy.

In 1916 the first hall of residence at the University of Canterbury was built to accommodate up to 70 women students each year. It was named for Helen Connon. When UC moved to Ilam in the 1970s, the building became part of Cathedral Grammar School.