Dr Feleti Sevele has achieved distinction in his home country of Tonga and throughout the Pacific for his diverse activities in public service, business, community welfare and politics. 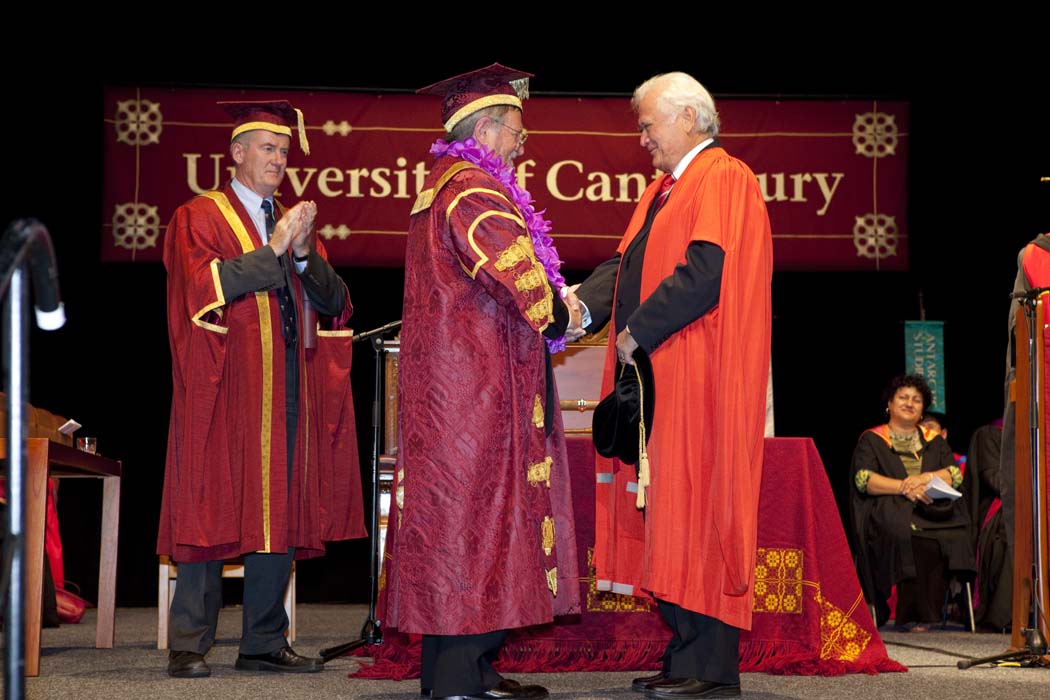 In 2006, Dr Sevele became the first elected Member of Tonga’s Parliament to become Prime Minister, and was the first who was not a member of the royal or any chiefly family.

He came to New Zealand in 1963 to complete his final year of secondary school at St Bede’s College before proceeding to the University of Canterbury to graduate with a BA in 1967, and an  MA(Hons) and PhD in 1973.

After returning to Tonga, Dr Sevele served in a succession of roles, among them manager and director of the Tongan Commodities Board, senior economist with the South Pacific Commission in Noumea, director of Catholic Education in Tonga, and chairman of the Tongan Rugby Union. He also initiated a number of businesses, including farming for export and financial services.

In the early 1990s, as calls for democratic reform grew, Dr Sevele became a prominent member of Tonga’s pro-democracy movement. In 1999, he was elected to parliament the No 2 People’s Representative for Tongatapu. He was re-elected in 2002 and 2005. In 2005, Dr Sevele was elevated to Cabinet as Minister for Labour, Commerce and Industries and began a drive for governance reforms in that ministry.

The following year he was appointed Prime Minister. In this capacity he revitalised the wider governance reform process with democratic reforms to the constitution as his primary goal. The resulting changes were enacted in 2010, and the first post-reform general election was held in November that year. The reforms were the result of a long collaboration between himself and His Late Majesty, King George Tupou V, and ended 135 years of royal dominance of government. Having instituted constitutional reforms, Dr Sevele retired from politics.

Dr Sevele achieved prominence in Pacific regional affairs as Chairman of the Pacific Forum in 2009, and in 2010 reciprocated New Zealand aid to Tonga with a grant of $500,000 to Christchurch’s earthquake relief.

In recognition of his services to Tonga, he was appointed to a Tongan life peerage in 2011.