History of the Coat of Arms 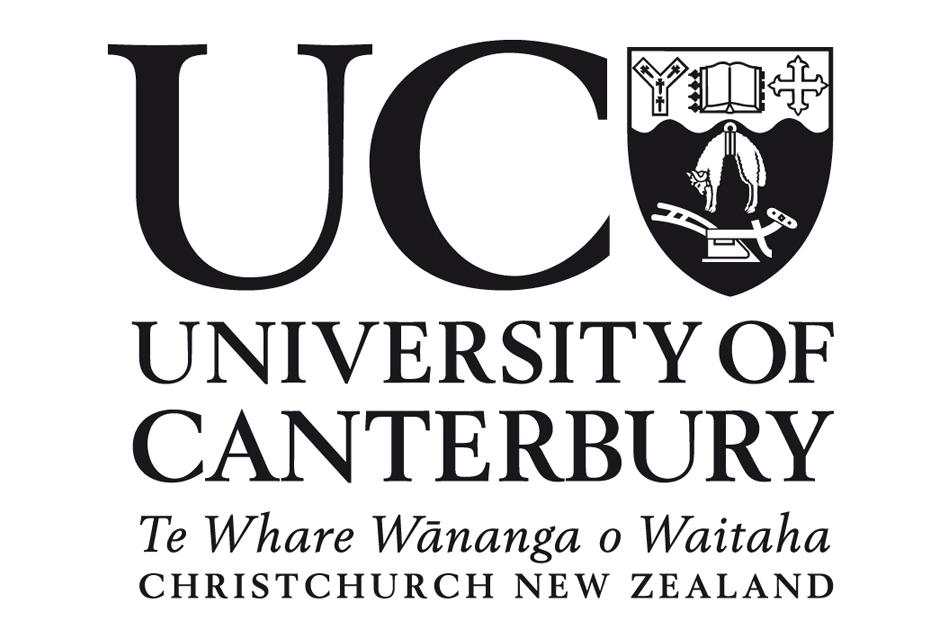 The University of Canterbury's distinctive and memorable coat of arms often prompts the question: "Why has it got a dead sheep on it?" This in turn lends itself to frivolous replies such as: "We might as well be hanged for a sheep as a lamb." The real answer is far more sensible, but it needs a historical context.

The Canterbury Association - which established the settlement of Christchurch - and the Canterbury Provincial Government used a similar but more elaborate version of the University's coat of arms last century. The provincial coat of arms was adapted by Canterbury College and used from its founding in 1873. It is still visible at the Arts Centre, most notably on the clock tower and above the entrance on the corner of Hereford Street and Rolleston Avenue.

When the University of Canterbury became autonomous in 1961 the then Chancellor, Mr C H Perkins, sought formal approval for an official coat of arms. Fine Arts Professor John Simpson designed a simplified version of Canterbury College's arms and it was duly approved and authorised by the English Kings of Arms in Letters Patent dated 10 May 1965.

The "dead sheep" is actually a silver fleece symbolising the pastoral pursuits of the province of Canterbury, while the golden 19th century plough on the base of the shield symbolises agriculture. Both are set on a murrey-coloured (purple-red, derived from mulberry) shield. In the middle of the golden chief (top section) rests an open book with a murrey cover and golden clasps, representing learning. On the dexter (right-hand side, or observer's left) chief is an azure archbishop's pall charged with four golden crosses with splayed arms, flat ends and a spiked foot. On the sinister chief (left-hand side, or observer's right) is an azure cross flory. The two crosses signify Canterbury's ecclesiastical connections. The wavy line separating the chief represents land overseas. As it is an institution of learning, the University's coat of arms does not have a helmet, crest or mantling on its armorial bearings.

The formal heraldic description of the University's arms is much briefer than the lay description above, but somewhat obscure for the average reader. It reads:

Murrey a Fleece Argent in base a Plough on a chief wavy Or an Open Book proper bound Murrey edged and clasped Or between a Pall Azure charged with Four Crosses formy fitchy Or and a Cross Flory Azure.

The University's original, unauthorised coat of arms was accompanied by a Latin motto "Ergo tua rura manebunt", meaning "therefore may your fields prosper" (or: "remain unto you"). This was appropriate for the early University because of the land holdings with which it was originally endowed by the Provincial Government. The motto was dropped when the coat of arms was redesigned because the income from the University's land holdings had become insignificant.

A stone carving of the University coat of arms can be viewed at the eastern entrance to the Registry. The Oamaru stone coat of arms was saved from Helen Connon Hall in 2001 when the building was demolished. Helen Connon Hall, which was built in 1929 on Chester Street East, was the first women students’ hostel. It was named after Helen Connon, the first woman student to be admitted to Canterbury College. She gained her MA with first-class honours in English and Latin in 1881 and became the first woman in the British Empire to get a degree with honours.

For more of UC's history

Return to homepage
Back to top