#Philanthropy@UC When Claire Cowles from Wild In Art approached Te Whare Wānanga o Waitaha | University of Canterbury Associate Professor Michele La Rue to participate in the Pop-Up Penguin initiative little did she know it would create a valuable pathway to future funding. 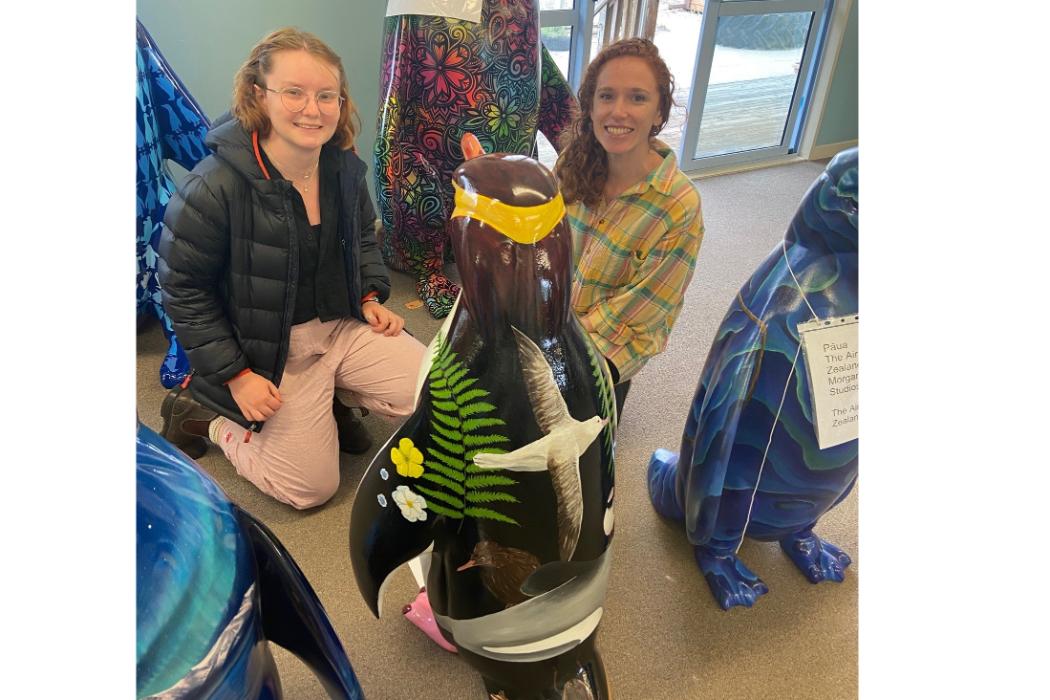 Moana created by UC staff and students from Gateway Antarctica, UC School of Earth and Environment

The Penguin Research Fund began with Moana, a small hoiho penguin, with a big burden to bear. Designed by members of Associate Professor La Rue’s team at Gateway Antarctica in the School of Earth and Environment | Te Kura Aronukurangi, Moana’s design carries some of Aotearoa New Zealand’s endangered species on her back.

“Initially we were going to use Moana for the Postgraduate Certificate in Antarctic Studies to help tell the stories of our student’s work in Antarctica. However, because of Covid-19 the programme had to be put on hold,” says Associate Professor La Rue.

So instead, the team decided to auction Moana at the Pop-Up Penguin auction and begin the Penguin Research Fund.

“Auctioning Moana was really exciting. It was just incredible watching the auctioneer go back and forth across the room.

“I really didn’t have an idea what to expect so I was blown away at the generous offer of $20,000 for her,” says Associate Professor La Rue.

She attributes the success of the auction not only to Moana’s creativity but also to the knowledge that all proceeds received by the fund go directly to the students and penguin research.

“I had tears in my eyes because I thought this is enough to fund a Masters student or it could be seed funding for new projects.”

Associate Professor La Rue says the biggest change has been the ability of the Fund to create simple pathways to future funding.

“Now that the Fund exists we have a mechanism for people to donate with every single dollar going to student research on penguins. It is really powerful because now every time I have a conversation with people who are interested in what we do, I can direct them to it.”

With collaborative opportunities all over the world, the Penguin Research Fund has made future research an easier proposition without having to source money before accepting research opportunities or in some cases, having to decline them.

The majority of the money raised through the sale of Moana is being used for research undertaken by Moana’s principal designers Lucy Howell, and Rose Foster-Dyer, with aims to assist collaborative work on Te Pātaka o Rākaihautū Banks Peninsula’s little blue penguins.

Associate Professor La Rue is specific in how the fund is used ensuring that it supports research into the ecology of penguins in Aotearoa New Zealand and the Southern Ocean.

“We aim to build the fund to have scholarships available for Masters and PhD students and to reach the point where we can be more creative and thoughtful about what kind of impact we want to have in this part of the world.”