A University of Canterbury teacher described by a student as “the Ashley Bloomfield of math lecturers” has won a prestigious medal for his efforts. 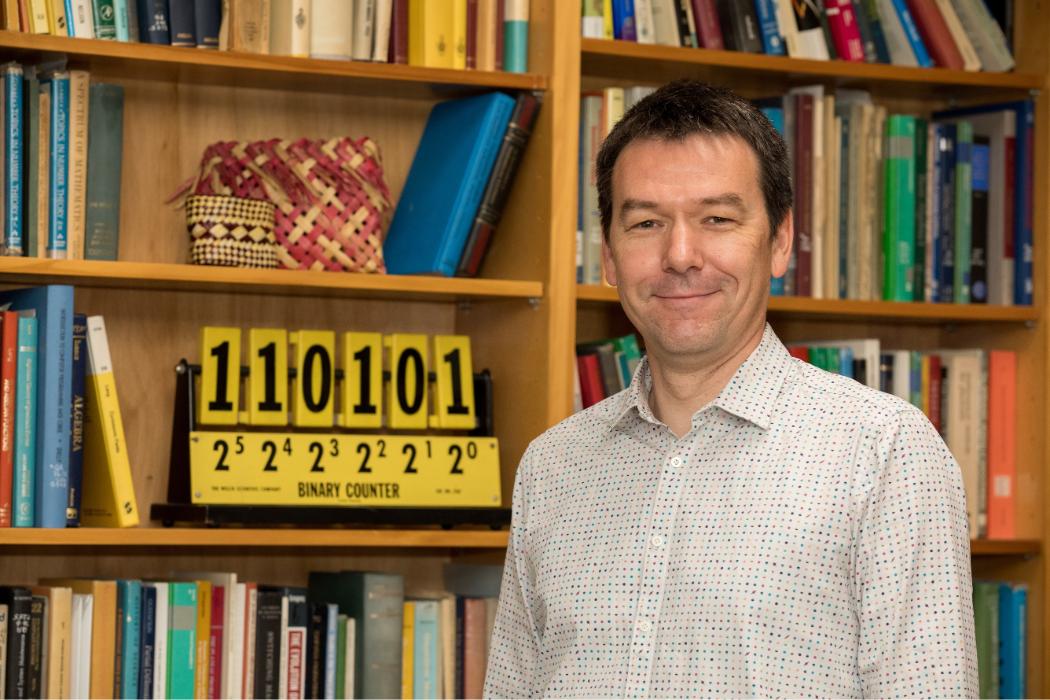 University of Canterbury Associate Professor of Maths and Statistics Rua Murray has won the UC Teaching Award for 2021.

Associate Professor of Mathematics Rua Murray will be presented with the University of Canterbury Teaching Medal, the institution’s highest award for teaching excellence, at a ceremony this week.

The 47-year-old consistently receives positive feedback from students for his enthusiasm, clarity and organisation, but the comment he says he is most encouraged by is from a student who compared him to New Zealand’s popular Director-General of Health: “Rua Murray is the Ashley Bloomfield of math lecturers. Extremely skilful but equally friendly and easy to understand…”.

Associate Professor Murray, who specialises in dynamical systems – the mathematics behind chaos theory – says many first year students come to maths lectures with baggage about it being difficult.

“I see my role as helping to boost their confidence and acknowledge that learning complex concepts can be difficult at times. I try to let them know that even research mathematicians can get stuck too. I aim for a healthy mix of flexibility, humility and honesty because I want to inspire passion for complex ideas amongst learners of all abilities.”

He works hard to create one-to-one interactions with students, even when teaching large classes. “I get to the lecture a few minutes early and walk up and down the aisles chatting to the people on the ends of the rows.

“It gives those students who are not going to put themselves out there a chance to talk with me. I also try to visit smaller tutorial groups because it is really important to me to try and connect with students on an individual level.”

Associate Professor Murray appreciates the culture of high-quality team teaching within the School. He says that tertiary teaching is facing huge changes, and he is personally involved in the digital transformation of Mathematics and Statistics courses at the University.

UC Deputy Vice-Chancellor Academic Catherine Moran says Associate Professor Murray has developed an outstanding track record of teaching excellence at all student levels during his 14 years at the University.

“Associate Professor Murray is a valued teaching leader on campus, who has led Academic Board

discussions on Teaching Quality and has been involved in a Royal Society Te Apārangi expert panel briefing the Ministry of Education on mathematical literacy for New Zealand schools.

“Rua inspires the best possible outcomes for students through teaching that is student centred, highly structured, innovative and constantly updated. He has also supervised a large number of our talented postgraduate and research students.”