University of Canterbury alumni and friends of the University have been recognised in the Queen's Birthday Honours List this year. 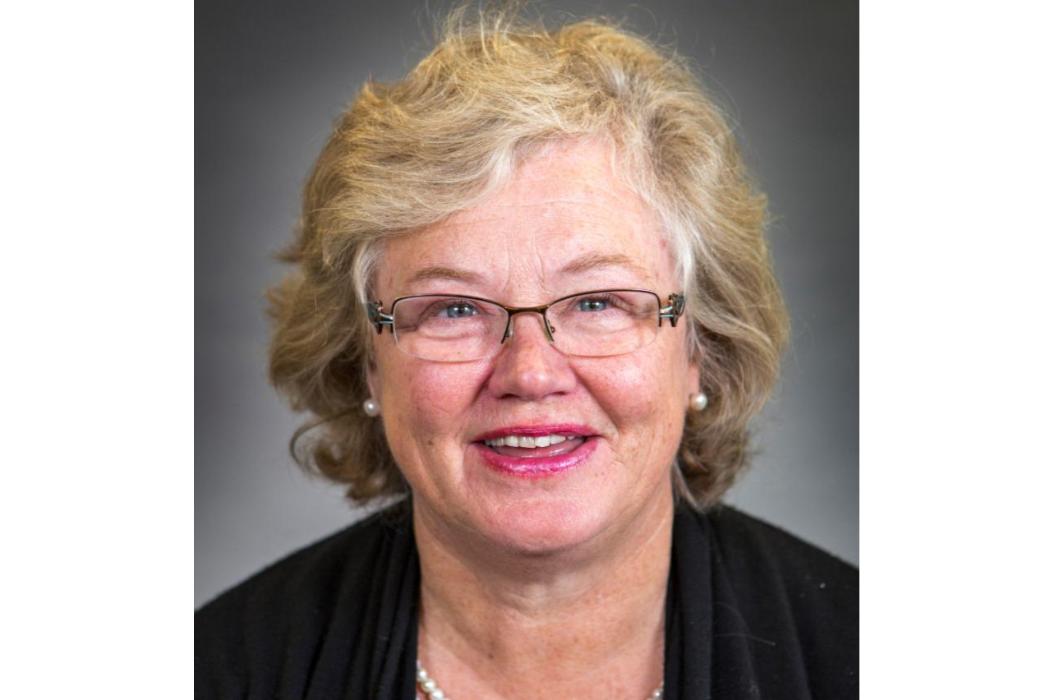 Several University of Canterbury alumni and friends of the University have been recognised in the Queen's Birthday Honours List this year. Included among them are former UC Council member Dr Sue Bagshaw who has been made a Dame Companion of the New Zealand Order of Merit, UC Senior Lecturer in Palliative Care Kate Reid, and national icon actress Robyn Malcolm, who first trod the boards of the Ngaio Marsh Theatre while studying Music and English at UC in the 1980s.

The University of Canterbury congratulates those staff, alumni and alumnae who exemplify our vision of tangata tu tangata ora, people prepared to make a difference, and have been recognised in this year’s Queen’s Birthday Honours:

Dame Companion of the New Zealand Order of Merit (DNZM)

Dr Sue Bagshaw has worked in the youth health sector for 30 years, is a Senior Lecturer in Paediatrics at the University of Otago in Christchurch, and a contract educator and Trustee for the Collaborative for Research and Training in Youth Health and Development, which she founded. Dr Bagshaw chairs the Korowai Youth Well-Being Trust running the Youth One Stop Shop 298 Youth Health, where she runs three teaching clinics. She established the 198 youth one stop shop in 1995 where she worked as a primary care youth health specialist until its closure in 2010. She has been involved in advising the set-up of many youth health centres around the country, now known as the Network of Youth One Stop Shops. Following the Christchurch earthquakes, she collaborated with Action Works to bring together 16 youth organisations to form the first youth hub in Barbadoes Street in 2012. Most recently she has been developing a Christchurch Youth Hub – Te Hurihanga o Rangatahi, a collaboration of health and social services and transitional housing for youth. Anglican Care became involved in 2017 to help purchase a site in central Christchurch. Dr Bagshaw has been President of the New Zealand Association for Adolescent Health and Development, President of the International Association of Adolescent Health, and was a founding member and key driver of the Society of Youth Health Professionals Aotearoa (SYHPANZ).

Officer of the New Zealand Order of Merit (ONZM):

Mr Ken Clearwater has managed the Male Survivors of Sexual Abuse Trust in Christchurch for 20 years. In 1998 Mr Clearwater began advocating to the government and ACC for recognition of male survivors of sexual abuse to be eligible for support, initiating the conversation that later resulted in changes to legislation. He began working with men in prisons who were victims of abuse in 1999 and the programme he established continues to be used in prisons around the country. He has shared the peer support model being used in New Zealand at international conferences and has lifted the profile of New Zealand as a leader in supporting male survivors.

Member of the New Zealand Order of Merit

Ms Stephanie Patricia Johnson, of Auckland. For services to literature.

Ms Stephanie Johnson is an award-winning author of novels, short stories and plays and she has contributed to the development of New Zealand literature. Ms Johnson has won numerous awards in recognition of her publications and in 2003 she won the Deutz medal in the Montana New Zealand Book Awards for ‘The Shag Incident’. In 1999 she founded the Auckland Writers Festival and co-directed it through the first ten years of its existence.

Ms Robyn Jane Malcolm, of Auckland. For services to television and theatre.

Ms Robyn Malcolm has had an extensive acting career spanning three decades across more than 50 theatre plays and multiple television and film roles. Ms Malcolm won her first award for Theatre's Best Newcomer in Wellington in 1989 and has since won 26 further awards nationally and in Australia. She is well known nationally as Cheryl West in six seasons of ‘Outrageous Fortune’, for her self-created show ‘Agent Anna’, and a five year role on ‘Shortland Street’. Her television credits include roles on ‘Top of the Lake’, ‘Rake’, ‘The Code’, ‘Upper Middle Bogan’ among others. Her film and short film credits include ‘The Lord of the Rings’ trilogy, ‘The Hopes and Dream of Gazza Snell’, and most recently the United States feature film ‘Hostiles’. She was a founding member of The New Zealand Actors Company, with whom she toured a number of plays nationally.

Professor Devon Polaschek is a forensic clinical psychologist who has studied the psychology of violent offenders for more than 25 years, specifically targeting the high-risk category comprising five percent of offenders but who account for up to 50 percent of all crime in New Zealand. She conducted research at the Rimutaka Prison Special Treatment Unit Rehabilitation Programme (STURP) from 1999 until 2017. Through this research she has sought to devise and evaluate new methods of rehabilitating and reintegrating these high-risk men into society and reducing their risk of reoffending. The STURP at Rimutaka prison is considered world-leading and has been shown to reduce the risk of prisoners being reconvicted by as much as 37 percent.

Mr John Spencer Russell, of Porirua. For services to education.

Mr John Russell has been involved with education for 43 years, 29 of which have been spent as a secondary school principal across the Wellington region at Mana, Kapiti and Naenae Colleges. For the last 11 years of his teaching career, Mr Russell was the principal at Naenae College, an ethnically diverse decile three school where 60 percent of students are Māori and Pasifika and 10 percent are from refugee backgrounds. When he arrived at Naenae College in 2007, the school was experiencing significant financial debt, complex educational and social challenges and a declining roll. He successfully turned the college around, dramatically reducing suspension rates and improving student retention and achievement. He pioneered a community-based initiative 'Restorative Pathway', which involved a restorative justice approach to support and listen to students and their families.

Ms Celia Stewart has contributed to music education in the Canterbury region and nationally for more than 40 years. Ms Stewart assumed a paid position as Music Director of the Christchurch School of Music in 2012. Under her leadership, the School of Music has recovered from significant financial difficulties after the 2011 Christchurch earthquakes and now provides music lessons, ensembles and concerts to hundreds of people each year. She has also helped to maintain the Christchurch Big Band Festival and is particularly active in raising the necessary funding.

Ms Deborah Jane Martin, of Nelson. For services to conservation.

Ms Debs Martin has held several roles at Forest and Bird and has led a number of environmental campaigns focused on conservation efforts.

Mr Gary Joseph O'Brien, of Levin. For services to youth and the community.

Mr Gary O’Brien is a former social worker who has been the guidance counsellor at Horowhenua College in Levin since 1999 and has been an active participant in a number of local sporting and cultural community groups since the mid-1980s.

Mr Philip Ivan Redmond, of Christchurch. For services to the community.

Mrs Kate Reid has contributed her services to palliative care and oncology nursing since the 1980s.

Mrs Reid has held numerous positions within organisations that aim to improve the quality of palliative care in New Zealand. She is a Life Member and Chair of the Cancer Society of New Zealand’s Canterbury-West Coast Division. During her time at the Cancer Society, she has been an active member of the Executive of the Board of the local Division and a member of the Medical and Scientific Grants Committee. Her expertise has been sought in a variety of capacities and in 2016 she was appointed to a National Evaluation Advisory Group to distribute Ministry of Health innovation funding to new hospice palliative care services. She has provided governance and support for other community organisations. She is a former President of Hospice New Zealand and has served on the Christ’s College Board of Governors. Mrs Reid is currently a Senior Lecturer in Palliative Care at the University of Canterbury.

Mr Ernest Patrick Sansom, of Auckland. For services to the community and engineering.

Mr Ernest Sansom has had a distinguished career as a consulting engineer and businessman. Mr Sansom was responsible for the installation of moveable median barriers on the Auckland Harbour Bridge increasing road safety. Since the early 1990s he has volunteered his skills and expertise in governance and strategic thinking to Auckland’s St Andrews Village retirement community and the Dingwall Trust for Children which provides care and protection