The University of Canterbury Motorsport (UCM) team took home five trophies from the Formula Student competition in Victoria, Australia, in which students from across Australia, New Zealand, India and Japan took part in race events. 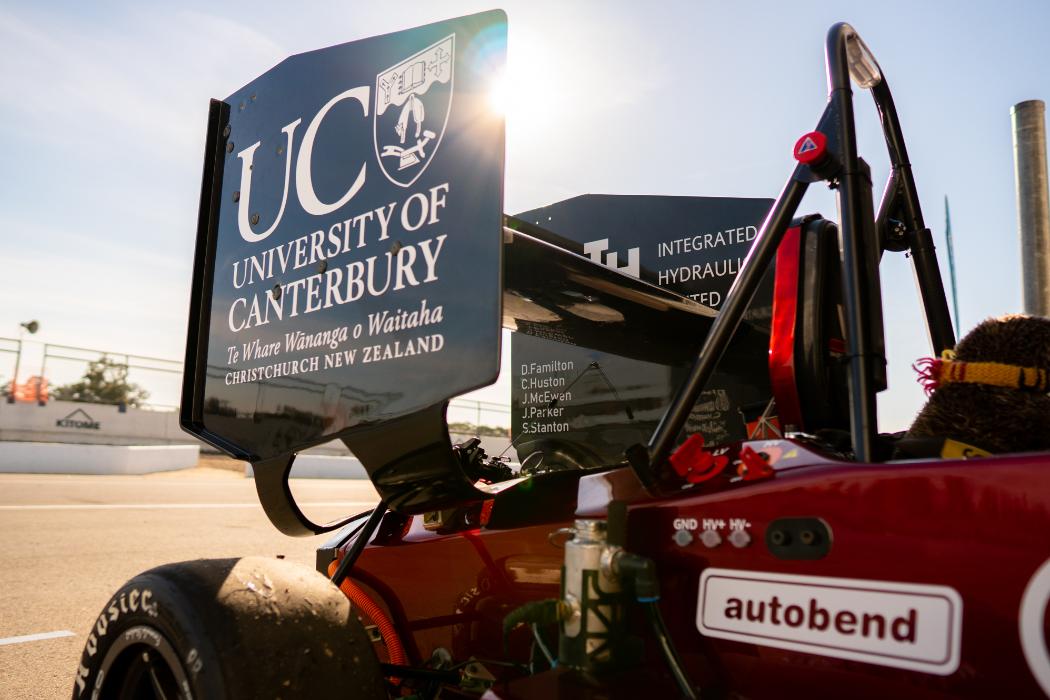 UCM19, the custom-built electric car built by the University of Canterbury Motorsport students.

The University of Canterbury Motorsport (UCM) team is bringing home five trophies from the 2019 Formula Student competition in Victoria, Australia, and finished third overall out of 32 international teams.

Formula Student is a 20-year-old competition in which university students design, construct and race a single-seat race car. UC student teams have been rated among the best in the world in Formula Student motorsport, which was re-affirmed at the recent competition, in which students from across Australia, New Zealand, India and Japan competed in various race events.

UCM designed and custom-built their electric race car, UCM19, which came second in three out of four race events. There were 32 university teams from around the world competing at Winton Raceway in central Victoria, Australia this December.

UCM was the top performing university team from New Zealand, which was a great result for the UC students and staff involved in the project.

UC Design Engineer in the Mechanical Engineering department Bruce Robertson mentors the students on the UCM race car team. UC finished third overall and is bringing home five trophies for individual event podium results. In three out of the four race events our team finished second, the only team able to really challenge the dominant pace of the team from Monash University, he says.

"Canterbury were the top performing team from a New Zealand university," Bruce says. "It’s incredibly satisfying to see young engineers in action, taking an opportunity and absolutely going for it. I’m very excited to see what comes next."

The project is shared equally between UC's Electrical & Computer Engineering and Mechanical Engineering departments, and there are many hard working staff members in both departments that go the extra mile to encourage and enable our students to achieve so highly, he says.

“It was such a buzz to experience first-hand the passion and enthusiasm of the students and see them reap the rewards of a year-long endeavour,” said Professor Mathieu Sellier, Head of UC Mechanical Engineering.

Angus the UCM Kiwi accompanied the team for the sixth time on a campaign to Australia.

"He’s never been with a car that wasn’t the talk of the competition, and this one was no different," Bruce says. "Our team and the products they design and build really are exceptional. I overheard a spectator comment to his friend that our car looks similar to one of the top competitors from Europe. His friend's reply was “No, Canterbury don’t build anyone else’s car. Canterbury build Canterbury cars”."