After two years of construction, the new University of Canterbury Students’ Association (UCSA) building Haere-roa, and its Ngaio Marsh Theatre, will be officially opened on Friday 2 August. 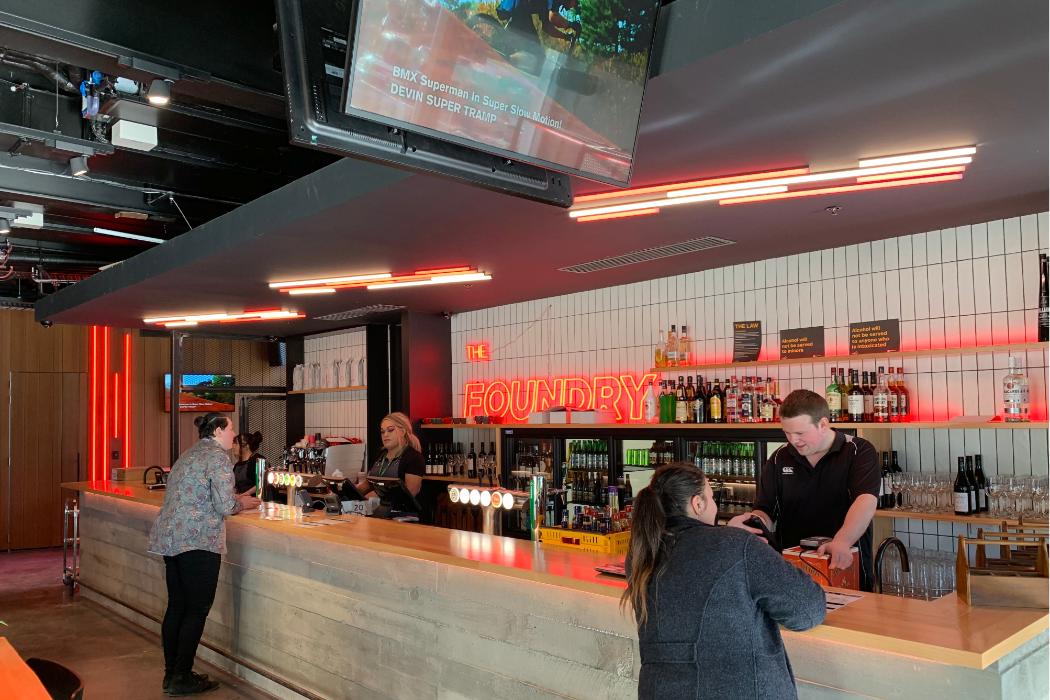 After two years of construction, the new University of Canterbury Students’ Association (UCSA) building Haere-roa, and its Ngaio Marsh Theatre, will be officially opened on Friday 2 August.

Haere-roa is a vibrant hub of student services, social spaces, bars The Foundry and Bentley’s Lounge, an outdoor amphitheatre, and performance venues.

Its official opening marks an exciting milestone for the UCSA, which has been without a permanent home since the 2011 Christchurch earthquake. It also marks the official return of the Ngaio Marsh Theatre, a space named after New Zealand novelist, playwright and director Dame Ngaio Marsh, a famous UC alumna.

During the opening event, guests will be invited into the new theatre for a series of performances by artistic and cultural groups, including a student club performance of Midsummer Night’s Dream. The choice of play is a reference to an earlier performance by Kiwi actor Sam Neil, a UC alumnus and honorary doctorate who starred in a 1969 production of the play directed by Dame Ngaio in the original UCSA theatre.

Brosnahan says Haere-roa and the Ngaio Marsh Theatre will have wide appeal.

“We’re really stoked to welcome people inside, and to see the building full of life. While we were sad to see the old UCSA building go, we had an opportunity to build something amazing in its place for future generations. This new building is a fantastic investment in UC students, but it’s also a great space for the community and for theatre-lovers”.

On Saturday 3 August, members of the public will get an opportunity to explore the new building when Haere-roa hosts a Community Open Day, 10am–2pm.

Fundraising for the Ngaio Marsh Theatre: Save me a seat

The UCSA is running a ‘Save me a seat’ campaign to help fundraise for their new building. Donations of $500 are recognised with a named plaque on the back of one of the Ngaio Marsh Theatre’s seats. Christchurch Mayor Lianne Dalziel is one of those who has donated to the cause. For more information: ucsa.org.nz/save-me-a-seat