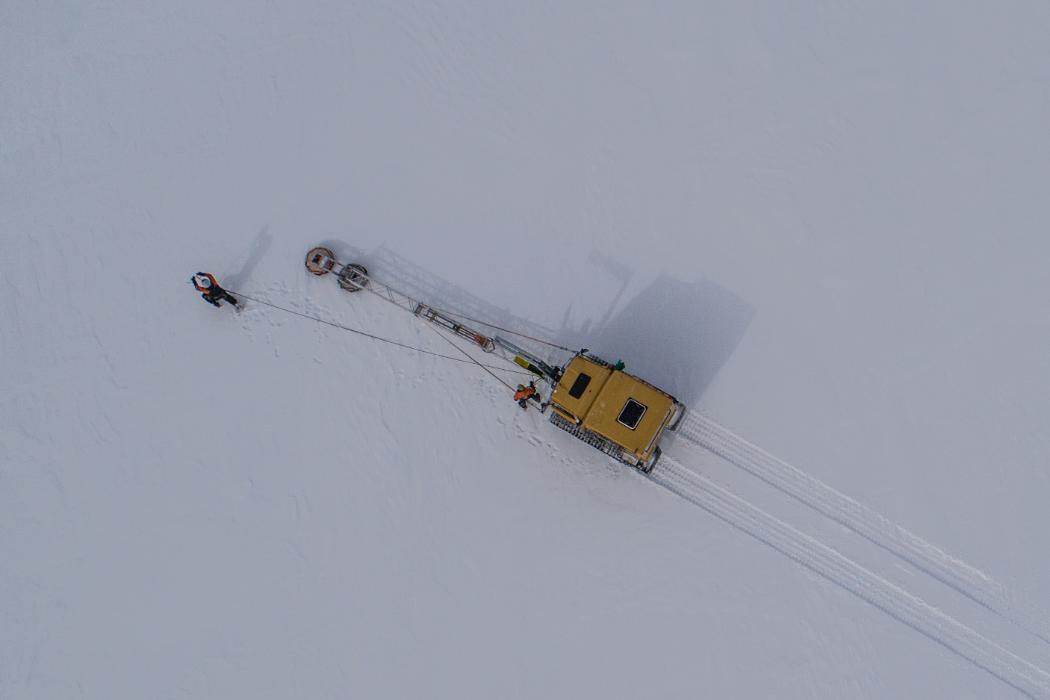 This season, Antarctica New Zealand mounted its largest Antarctic traverse since the Commonwealth Trans-Antarctic expedition in the 1950s. This time, it wasn’t Sir Edmund Hillary leading the charge to the pole, but a small team of four scientists tasked with finding a way across an uncharted section of the Ross Ice Shelf, an area of ice the size of France.

One of the team that proved the route, University of Canterbury glaciologist Dr Dan Price, of Gateway Antarctica, says the traverse took years to logistically plan and its success was largely due to information provided by satellites.

“The main safety concern getting across the ice shelf was crevassing, so months were spent using satellites to plan a route that would avoid the worst areas” he says.

“This really paid off in the field as we were able to use the imagery to work out exactly where we were in a completely featureless environment. We only had to alter the route we had planned once in the field. It would be impossible, or very, very lucky to avoid all the crevassing without the ability the satellites provided us with.”

Key information came from TerraSAR-X – a satellite mission operated by the German Aerospace Centre (DLR). This satellite takes an ‘x-ray’ of the ice shelf and exposes crevasses hidden beneath the snow.

“We can use this data to weave in and out of the hazards – without it we’d be navigating a minefield blind,” Dr Price says.

“In the past, focus was placed on visual imagery which is essentially just photographs taken from space. This alternative technique, using the radar images, exposes crevasses that would otherwise be missed. That removes a lot of uncertainty when you’re driving into these regions.”

Dana Floricioiu of the German Aerospace Centre says many satellites are restricted in where they can observe, but TerraSAR-X allows a view much further south over the Antarctic.

“This allowed the Kiwi expedition to plan in detail to the required 84 degrees south, less than 700km from the South Pole. TerraSAR-X sends out microwave energy that interacts with the surface. Some of this energy returns to the satellite and an image is constructed allowing features like crevasses to be observed in detail”.

The traverse was in support of science goals of the Ross Ice Shelf project which is attempting to better understand how the ice shelf will respond to a warming world. Sites have been identified for drilling through the ice shelf to obtain information about the ice, ocean and sediment on the seabed.

“The data the science teams collect will give clues about how the ice shelf has responded to climate shifts in the past, and help predict how it may evolve in the future,” Dr Price says.

Next season, the traverse will use the newly established route to haul more than 60 tonnes of gear to the Siple Coast – 1100km across the Ross Ice Shelf from Scott Base.