The University of Canterbury has announced a state-of-the-art building in the new Science precinct that will push the boundaries of multi-storey timber-framed construction in New Zealand. 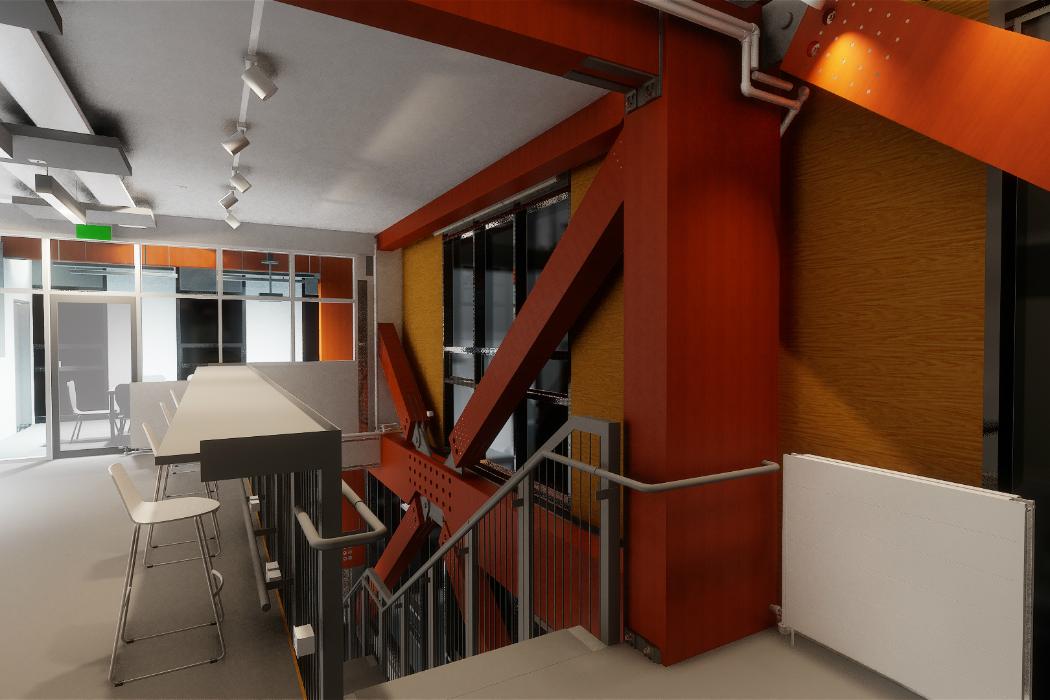 The University of Canterbury has signed a contract with Dominion Constructors for a state-of-the-art building in the University’s new Science precinct that will push the boundaries of multi-storey timber-framed construction in New Zealand.

Vice-Chancellor Dr Rod Carr says he is proud the latest Science precinct building will be built using innovative timber technology that the University’s academic researchers developed and are teaching UC Engineering students to use.

“The University of Canterbury has always been at the forefront of using timber as a building material, and this building presents the opportunity to showcase the innovation developed at the centre of our own campus,” Dr Carr says.

The new Science precinct began with the construction of the $55 million Biological Sciences laboratory building before the Christchurch earthquakes and the refurbishment of the former Zoology Building. By completion more than $300 million will have been invested in the precinct, from University funds, Crown Capital contribution and Insurance settlements.

“It’s an exciting time for us to be able to see the central building join up the pieces that together make the Science precinct, and I’d like to thank the team for working so hard to get us to this point,” Ms Hanlon says.

“This is leading edge construction. Buildings already exist that use some of this technology, but this will be the very first multi-storey, all timber ‘moment’-framed building in New Zealand, and potentially in the world.”

A moment frame is a two-dimensional series of interconnected members that uses rigid connections. It can resist lateral and overturning forces, is more flexible than other options, and allows larger movement in earthquakes.

Scheduled to be completed in 2019, the new building will house UC College of Science staff and postgraduate students. It will replace the von Haast building, which is currently being prepared for demolition.

The design was driven and developed by a team from UC, BECA, and architects Jasmax. It uses laminated veneer lumber, or LVL, which has incredible strength.

“The team wanted something that was not only environmentally friendly, but utilised the University’s extensive knowledge, especially the research of Professor Andy Buchanan in pre-stressed timber and multi-storey timber buildings,” BECA structural engineer Andre Kirstein says.

After researching structures in Auckland and overseas, particularly tall timber buildings in Canada, the team consulted builders and developers who were implementing similar technology. A timber supplier advised on the cost benefits and construction options.

“Essentially, we took the theory and went out into the field for the hard practical knowledge before developing something that we believe marries the best of both worlds. The final design utilises much of what Professor Buchanan developed, with a little adaptation,” he says.

“Across the building, we’ve designed a four-storey moment frame, which uses this stressed system, but using a similar system along the length of the building would have pushed the boundaries of construction technology too far, so we have cross-braced it longitudinally instead.”

The project will demolish the old building, but maintain the 1960s-era basement which does not meet current codes. The team devised an above ground system with foundation loads that could be accommodated by the basement without significantly strengthening it.

“This is why we’ve braced a number of bays rather than using one big cross-brace, and used moment frames to reduce lateral forces at foundation levels. It’s enabled us to spread the load evenly across the whole basement,” Mr Kirstein explains.

“Most timber buildings have a thin layer of concrete on top of the timber floors to help with what we call the diaphragm action between structural systems. But we’re not doing that, we’re using the timber itself to distribute the load.”

The team undertook significant research to complete the design for a building that steps out ahead of current design codes in other ways too, such as acoustics and fire performance.

“Professor Buchanan is a leading force in this, touring the world presenting papers on fire performance within wooden buildings, so the team also tapped into his experience, and other international research,” Mr Kirstein says.

“When we looked at overseas practice, we seemed to be hitting the sweet spot in terms of what they have found over the years. So although it’s a first in terms of a New Zealand design and new technology, it’s not new in principle and has sound research behind it.”