A University of Canterbury student has been recognised for his inspiring leadership at the 2016 Prime Minister's Pacific Youth Awards held at Parliament yesterday. 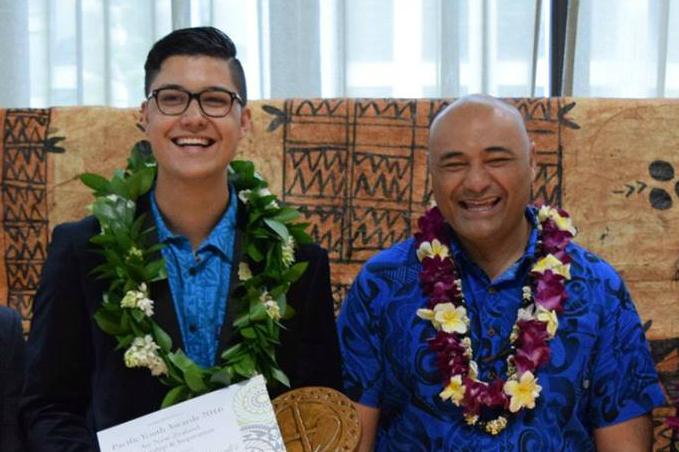 A University of Canterbury (UC) student has been recognised for his inspiring leadership at the 2016 Prime Minister’s Pacific Youth Awards held at Parliament yesterday.

Josiah has overcome personal obstacles to embrace his Pacific identity, and hopes to forge a career as an academic in political science and history. The Prime Minister’s Pacific Youth Award prize – which includes a trip to Geneva to witness leadership on the global stage – will provide Josiah with an invaluable experience in diplomacy and he hopes to share his story to inspire others on his return.

“I want to continue the work I am doing at University, in Christchurch and New Zealand to make sure our community is well represented in positions of decision making and that the voices of our community are being listened to and acted on,” he says.

Josiah, who attended Middleton Grange School, has been described as an inspirational role model for all New Zealanders. Pacific Peoples Minister Peseta Sam Lotu-Iiga says the awards recognise excellence and achievement in commerce, the arts, sports, community and leadership.

“The nine inspiring winners have been recognised for their impressive contributions to New Zealand’s economic, social and cultural life. They are excelling academically, making significant contributions to their community, or demonstrating a skill in business”.

Josiah is a Samoan New Zealander who has worked to support, develop and mentor Pacific young people in Christchurch and across New Zealand for the last six years. He also provides strategic advice to organisations, councils, MPs and government agencies to help enable Pacific young people to thrive and succeed socially, in their education, wellbeing, civic participation and everyday life.

An active member of Christchurch’s Pacific community, Josiah helped establish the PYLAT Council – Pacific Youth Leadership And Transformation. As a founding member, Josiah was appointed to the position of vice Treasurer, then Treasurer and is now Chair of the PYLAT Council Charitable Trust. He has played a key role in bringing together different communities across the city.

He also led the development of iSPEAK, a bi-monthly forum for Pacific youth to discuss issues affecting people in New Zealand, such as the Christchurch recovery and living wage campaign. Josiah coordinates feedback from these fono to submit to the relevant Minister. This initiative is helping young Pacific people participate in the political process.

Josiah sits on a number of Boards, advocating for Pacific youth and ensuring young people’s ideas and perspectives are considered.