Dr Justin Morgenroth, senior lecturer in the New Zealand School of Forestry at University of Canterbury, has been awarded the 2016 Early Career Scientist Award by ISA. 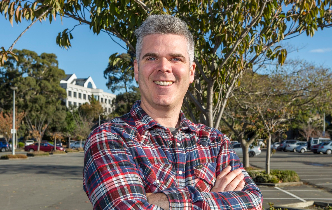 Dr Justin Morgenroth, senior lecturer in the New Zealand School of Forestry at University of Canterbury, has been awarded the 2016 Early Career Scientist Award, one of the International Society of Arboriculture’s (ISA) Awards of Distinction.

“I’ve researched urban forestry since 2008, so it’s a big honour for me to be recognised by the ISA for my research. I’ve always felt a connection to street trees and parks – they are the green oases in a sea of grey infrastructure that includes buildings and pavements. My work has generally focused on measuring changes in tree cover in cities as well as improving the management of urban trees,” Dr Morgenroth says.

ISA uses the award to recognise individuals who show exceptional promise, with high potential to become an internationally recognised scientist.  Recipients demonstrate a high level of scholarship and integrity in all aspects of their work, and dedication to arboriculture, urban forestry, or a related field, and promise of outstanding achievement.

With over 20,000 members worldwide, ISA has been an active scientific and educational organisation for over 90 years, promoting the professional practice of arboriculture and fostering a greater worldwide awareness of the benefits of trees.

The international award is usually presented at the ISA Annual International Conference, held this year in Fort Worth, Texas, however, Dr Morgenroth was unable to attend and will be presented with his award in a New Zealand ceremony.