The University of Canterbury Ngāi Tahu Research Centre is hosting an international conference this week on what is needed to create a tribal economy. 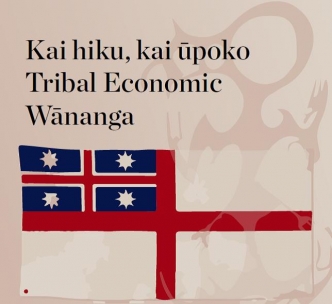 The University of Canterbury Ngāi Tahu Research Centre is hosting an international conference this week on what is needed to create a tribal economy.

Economic development experts, including from First Nations, have come to attend the Kai hiku, kai ūpoko: Tribal Economic Wānanga, with conference speakers from British Colombia and Alaska in Canada, Arizona in the United States and New Zealand.

Director of the Ngāi Tahu Research Centre, Associate Professor Te Maire Tau says that the discussion is a vital one to have in New Zealand as tribal economies have a larger impact than just financially.

“Culture and wealth go hand in hand. Our rūnanga were really designed to have the same powers as provincial government. It’s about generating wealth on our reserves and our villages and creating economic conditions to allow our people to flourish.”

Dr Tau says that Liz Medicine Crow is a fascinating speaker with her knowledge of and interest in tribal governance and organisations. A major theme throughout her education and work has been the continued integration of tribal values and traditional knowledge into relationships and work within modern corporate bodies and governments.

“Liz Medicine Crow has been discussing how her people took responsibility for the social welfare of her people and often that meant the community had to make hard decisions.”

The Ngāi Tahu Research Centre was established in 2011 as a joint initiative between Ngāi Tahu and the University of Canterbury, to lead indigenous scholarship and to provide a centre for the intellectual capital and development of Ngāi Tahu, the principal Māori iwi of the southern region of New Zealand.

Among the Wānanga speakers are:

Liz Medicine Crow, Haida/Tlingit, is from Keex Kwaan (Kake), Alaska. On her Haida side she is Eagle Tiits Gitee Nei, Hummingbird. On her Tlingit side she is Raven Kaach.adi, Fresh Water-marked Sockeye Salmon. She received her BA from Fort Lewis College in Durango, Colorado, and graduated with a Juris Doctorate degree and a Certificate in Indian Law from Arizona State University College of Law.  She is the President/CEO of the First Alaskans Institute.

Elder of the Secwepemc, co-founding member of the Shuswap Nation Tribal Council and Chief Commissioner, First Nations Tax Commission. Manny Jules has developed his reservation on the Kamloops as well as legislation for the economic development unique to his people. Manny took a lead role in his people managing their own financial affairs and having their right to self-government - mana-motuhake - recognised in legislation.  He is visiting New Zealand on a UC Maori and Indigenous Studies Fellowship.