An investment of $4.75 million for 18 new Global Research Partnerships was announced by MBIE, with nearly $1 million going to projects lead by UC. 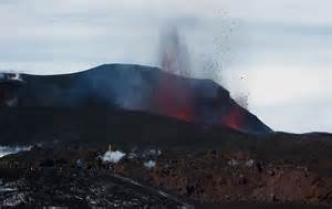 An investment of $4.75 million for 18 new Global Research Partnerships has been announced, with nearly $1 million going to projects involving the University of Canterbury.

Science and Innovation Minister Steven Joyce has announced $4.75 million will be invested through the Government’s new Catalyst Fund in global strategic partnerships to support high-quality research in areas that will deliver a range of benefits to New Zealand.

“Through this investment, New Zealand researchers will be working with a range of top teams across the globe,” Mr Joyce says.

“Collaborating with the world’s best research teams allows us to increase the excellence and impact of our science, ensuring we remain at the forefront of new knowledge.”

University of Canterbury researchers are involved in some of these research partnerships including:

Curbing our reliance on fossil fuels will ensure continued habitability of Earth for future generations. Renewable energies such as geothermal energy—harnessing the heat generated by the Earth—offer clean and sustainable alternative. Currently, New Zealand and Iceland extract fluids from hot rocks (~300 ºC) above volcanic magma chambers to generate electricity. However, a recent chance discovery in Iceland shows that drilling to the magma itself, at up to 900 ºC, could generate cheaper and more efficient energy. To assess the viability of tapping magma energy, the engineering, safety and geological context must be closely scrutinised. New Zealand is at the cutting-edge of geothermal energy research. The University of Canterbury is a key partner in the Krafla Magma Drilling Project (KMDP), the first deliberate attempt to drill into a magma chamber, in Iceland. This follows accidental interception of magma in a 2009 borehole, which briefly became the world’s most powerful geothermal production well. Similarities in geology and technology mean New Zealand is ideally poised to profit from magma geothermal drilling. To exploit this new opportunity, we have assembled an international, multidisciplinary research team, centred around New Zealand researchers.

Acute cardiac failure (ACF) is a commonly occurring, very costly leading cause of intensive care unit (ICU) admission and death. It is related to increasing rates of cardiovascular dysfunction and failure in the population as a whole – all of which has a cost approaching 1% of GDP. Computer modelling and health increasingly go together to create next-generation care:

This scientific merger will also create a sustainable research consortia and template that can be extended to address other major chronic diseases with high costs both inside and outside the ICU, where the New Zealand researchers have further, existing successful research outcomes. This proposal will thus create a unique, world-leading team by melding two existing EU-NZ world-class collaborations.