The first Human-Robot Interaction Conference in the Southern Hemisphere is being held in collaboration with the University of Canterbury in Christchurch next week. 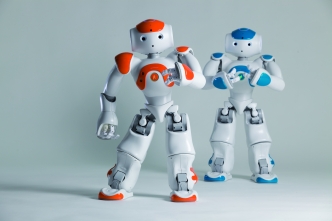 HRI 2016 is the 11th annual conference for basic and applied human-robot interaction research and is being held in the Southern Hemisphere for the first time next week.

With robots doing the haka and enabling remote attendance via telepresence robots, the first Human-Robot Interaction Conference in the Southern Hemisphere is being held in collaboration with the University of Canterbury in Christchurch next week.

HRI 2016 is the 11th annual conference for basic and applied human-robot interaction research, which has been held in Europe, the United States, Japan and Korea.

Hundreds of researchers from around the world will attend the HRI 2016 conference at Chateau on the Park from 7-10 March.

This year, the HRI Conference highlights the theme of “Natural Interaction.” The conference will include contributions from a broad set of perspectives, including technical, design, methodological, behavioural, and theoretical, that advance fundamental and applied knowledge and methods in human-robot interaction.

The Human Interface Technology Laboratory New Zealand (HIT Lab NZ) is a human-computer interface research centre hosted at the University of Canterbury in Christchurch, New Zealand. The lab is a partner of the world-leading HIT Lab US based at the University of Washington in Seattle. The HIT Lab's multi-disciplinary approach to research and education facilitates an entrepreneurial climate, which fosters a wealth of innovative ideas. Currently the lab is working on a range of projects in collaboration with industry and academia.

The HRI Conference is a highly selective annual international conference that aims to showcase the very best interdisciplinary and multidisciplinary research in human-robot interaction with roots in and broad participation from communities that include but not limited to robotics, human-computer interaction, human factors, artificial intelligence, engineering, and social and behavioural sciences.

For more information and the programme go to: http://humanrobotinteraction.org/2016/