Two public talks at the University of Canterbury will have capacity audiences after both of tomorrow's UC Connect lectures sold out of tickets early. 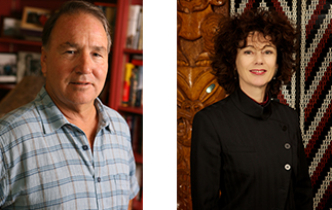 Two public talks at the University of Canterbury will have capacity audiences after both of tomorrow’s UC Connect lectures sold out of tickets early.

Tomorrow, at 2pm, Ambassador (Ret.) Derek Shearer will be visiting the University of Canterbury to discuss the 2016 US Presidential elections and what is at stake from a foreign policy perspective in the UC Connect public lecture, Foreign Policy and the US Presidential Election. From 7pm, in her UC Connect lecture Jo Tyndall, Climate Change Special Advisor with the New Zealand Ministry of Foreign Affairs & Trade Manatū Aorere, will discuss the Paris Climate Change Agreement, including what happens next and what it means for New Zealand.

Ambassador Shearer is the Stuart Chevalier Professor of Diplomacy and World Affairs at Occidental College, and heads the McKinnon Center for Global Affairs. He served in the Clinton Administration in the Commerce Department, and then served as Ambassador to Finland (1994-97). He has served as advisor to the heads of the US Pacific and Central Commands, and served as a public diplomacy speaker for the US State Department in China, Japan, Australia, Syria, Germany, Greece, Bolivia, Chile and other countries.

After diplomatic service, Ambassador Shearer was a fellow at the Economic Strategy Institute and then at the Woodrow Wilson Scholars Center in Washington, DC. He served as a foreign policy advisor to Vice President Gore during the 2000 Presidential campaign and to Senator Hillary Clinton in the 2007-2008 Presidential primary contests.

Prior to her role as Climate Change Ambassador, Jo Tyndall was Director of the Broadcasting Unit in the New Zealand Government’s Ministry for Culture and Heritage.  From 1999 to 2006, she was Chief Executive of the broadcasting funding body NZ On Air.  She has also served as Chief Executive of two screen industry organisations - the Screen Production and Development Association (SPADA) and Project Blue Sky (1994 to 1999).  Jo Tyndall began her career as a multilateral trade policy specialist with the Department of Trade and Industry and the Ministry of Foreign Affairs and Trade.