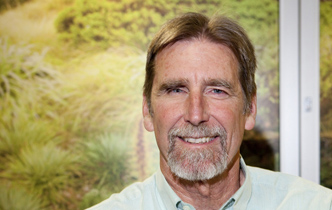 University of Canterbury Professor David Schiel has been awarded Science Communicator of the Year.

University of Canterbury Professor of Marine Science David Schiel has been awarded the New Zealand Science Communicator of the Year award by the New Zealand Association of Scientists in a ceremony in Wellington.

This year’s medal has gone jointly to Prof Schiel and Christopher Battershill (Professor and Chair of Coastal Science, University of Waikato).

The Science Communicator award is made to a practising scientist for excellence in communicating science to the general public in any area of science or technology. Professor Schiel was one of the main science communicators following the grounding of the MV Rena and subsequent oil spill off Tauranga on 5 October 2011.

Prof Schiel sees this award as recognition of the tremendous effort put in by many people across the Bay of Plenty in dealing with the aftermath of the Rena oil spill.

“Prof Battershill and I were honoured to play our role in communicating the science relating to environmental effects. We were also able to support scores of research students from the Bay of Plenty, especially many affiliated with local iwi, who studied various aspects of the oil spill,” Prof Schiel says. “The legacy effects of the Rena wreck are still being dealt with and we continue our work with the numerous partnerships formed during the crisis.”

As the accident unfolded into one of New Zealand’s greatest marine environmental impacts, affecting habitats, kai moana, tourism, fishing, recreation and well-being, Profs Battershill and Schiel reported the effectiveness of the clean-up from an environmental perspective as well as the longer term consequences. Over a period of 30 months, they gave more than 100 public talks and over 50 interviews for the local and national media. They coordinated and supervised the Rena environmental recovery monitoring programme, Te Mauri Moana, and became the public faces of Rena with respect to science communication.

A multi-award-winning scientist, Prof Schiel was last year named a Fellow of the Royal Society of New Zealand. Prof Schiel, who also received an international award for a lifelong contribution to marine science at an international conference in Australia in 2014, is the head of the Marine Ecology Research Group at UC’s School of Biological Sciences.

Prof Schiel is a world expert on kelp forests and temperate reefs, such as those in New Zealand and overseas. His highly cited coastal research has highlighted the role and vulnerability of key habitat-forming species, especially large seaweeds, in maintaining the diversity and functioning of near-shore ecosystems.

Presented at the Royal Society of NZ in Wellington, the award was for their collaborative efforts in communicating the complexities of science surrounding the Rena grounding and oil spill off Tauranga in 2011. The NZAS is an independent body that stands for and advocates for science and scientists in New Zealand and endeavours to increase public awareness of science.

UC PACE intern, Paige Newnham-Shaw supported the Christ Church Cathedral Reinstatement Project from February to May this year by helping them tap into ...