The University of Canterbury has selected its team for the University Challenge series to be aired on television later this year. 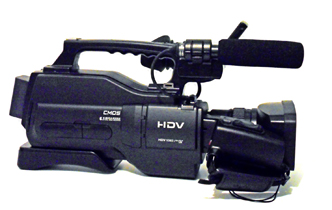 The University of Canterbury has selected its team for the University Challenge series to be aired on television later this year.

The new series marks the return of the long-running New Zealand television quiz show which ran between 1976 and 1989. Canterbury last won the series in 1988.

Canterbury’s team captain will be led former Oxford University student Gerald Pfeifer who is in his third year of his PhD thesis on education. Other team members are Rachael Harris, Stewart Alexander, Daniel Redmond and Liam Boardman.

Harris is in her second year of a masters law degree, working under the Ngai Tahu Research Centre. She is a Fulbright Scholar and has studied at Stanford University. Alexander is in his first year of a PhD in chemistry and was part of the New Zealand chemistry Olympics team.

Boardman is the youngest member of the team and is the only undergraduate in the team selected from 40 participants who took part in preliminary selection quizzes.

Team organiser Rachael Gresson says the Canterbury team is in training for filming of the series by CUE Television in Invercargill between July 1 and 5.