Six UC students have been given a once in a lifetime opportunity to be involved in major international research led by some of the world's leading atmospheric scientists. 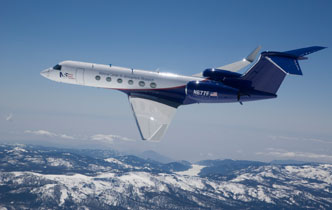 Six University of Canterbury students have been given a once in a lifetime opportunity to be involved in major international research led by some of the world’s leading atmospheric scientists.

The research involves one of the world’s most advanced atmospheric research aircrafts which arrives at Christchurch International Airport this month.

The geography, physics and engineering students will be working alongside United States scientists and students, releasing balloons with meteorological instruments attached to them at Hokitika, starting from tomorrow (Monday, June 2) to mid-August to provide vertical profiles of the atmosphere immediately upwind of the Southern Alps.

Other students will be working at a receiving station on the University’s Physics building and at the Christchurch airport operations centre. Other instrumented sites that involve the University include a radar at Birdling’s Flat and at the Mt John Observatory in Tekapo.

The students will be assisting scientists who will take the advanced US research jet to an altitude of up to 14 kilometres above the Earth’s surface into the lower stratosphere. Scientists will be making measurements every second from take-off, with support from University of Canterbury students on the ground.

"It is not often that our students have the opportunity to work alongside such a large and prestigious international research team. I expect that they will remember this experience for a long time,’’ University of Canterbury geography Professor Andy Sturman says.

The research jet is a specially equipped Gulfstream V, owned by the US National Science Foundation and operated by US National Centre for Atmospheric Research.

The jet, known as the High-performance Instrumented Airborne Platform for Environmental Research (HIAPER), has a range of about 11,000 kilometres, which allows scientists to traverse large regions of the Pacific Ocean without having to refuel.

It will be used in a research programme to investigate the generation of waves by the Southern Alps and their role in linking the weather near the ground with the upper parts of the atmosphere, resulting in vertical movement of energy and gases through the Earth-atmosphere system, and ultimately their influence on climate variability.

"The findings will help scientists determine where and when greenhouse gases move vertically through the different layers of the atmosphere. This will lead to improved predictions about greenhouse gases and enable decisions to be made about their emissions, concentrations and future climate, Professor Sturman says.

"The American team will be flying the research jet out of Christchurch airport during June and July, covering large distances over the Tasman Sea, Southern Ocean and the Pacific Ocean so that the extent of the influence of the Southern Alps can be determined.

"The public will be able to take a look at the aircraft at an open day at Christchurch airport on June 21. A German team will be flying another research aircraft, the DLR Falcon, from mid-June to mid-July as part of the same project,’’ Professor Sturman says.