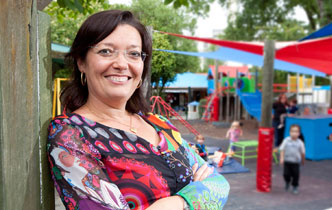 The festive season is busier than ever for New Zealand airlines and a University of Canterbury gender equality expert says the airline industry should take a much more holistic approach when it comes to dealing with pregnant passengers.

UC Associate Professor Annick Masselot says pregnant women can fly only if in possession of a medical certificate stating that they are fit to fly after a certain period, usually about 28 weeks of pregnancy, but this date is variable across the industry.

"Then after about 30 weeks of pregnancy there is a total ban. The number of qualifying weeks varies, depending on the airline policy, and thus also varies considerably between states and between airline operators,’’ Professor Masselot says.

"This practice is often justified by the airline companies on grounds of health and safety, but there is little medical or scientific evidence backing up the need to ban pregnant women from boarding planes.

"There is almost no study looking at the risks relating to pregnancy and flight. Most airlines use studies based on the general population to extrapolate the risk of pregnancy to the inflight environment.

"Pregnancy-related inflight medical problems are very low by comparison to passenger inflight health problems such as heart, epileptic or high blood pressure problems. Yet pregnant women are being asked to provide medical certificate to fly while others with more risky medical conditions are not.

"Airlines base their policy on over-inflated safety concerns that are gender biased. What kind of safety concerns are we talking about? Pregnant passengers do not cause any risk to the safety of the plane.

"Pregnancy is a normal part of women’s life and I feel some airline companies are guilty of over protecting pregnant women, creating a space for illegal discrimination. I also believe that it is a form of control over women, especially pregnant women who are viewed as public goods.

"The rights for pregnant women to board are likely related to consumer safety and human rights statutory obligations. The rights of pregnant passengers should be balanced between the concern of the airline to provide a safe journey on the one hand and the human rights of the pregnant woman to be treated with dignity and equity on the other hand.’’

There have been very few legal challenges to these policies, Professor Masselot says. However, a number of recent legal challenges have been brought to the Human Rights Commission in New Zealand by pregnant women who have been refused travel by some airline companies on the basis of such policies.

It is hoped that the forthcoming decisions of the commission is likely to contribute to a better environment for pregnant consumers, she says.